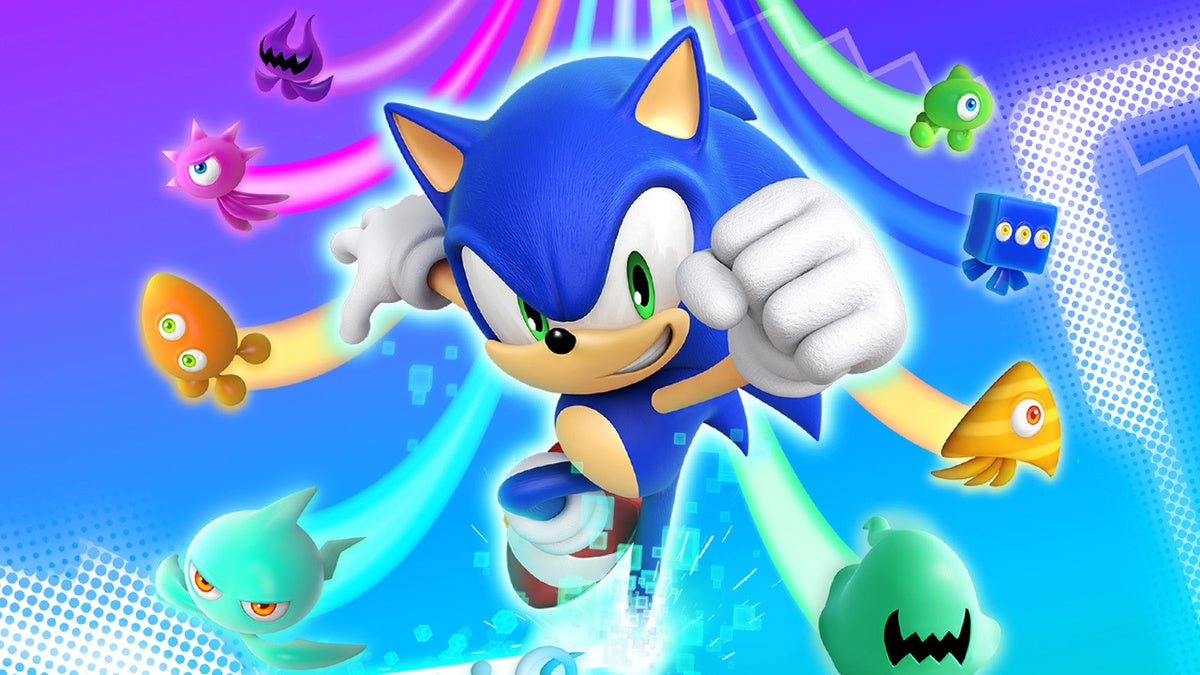 Originally released back in 2010 for the Wii, Sonic Colors marked a return to form for the Blue Blur. It righted the ship of Sonic’s 3D missteps by focusing entirely on what makes the series fun: feeling like you are the fastest thing alive. Sonic Colors: Ultimate is that same game, remastered for modern platforms with improved lighting, 4K/60 FPS support (except on Switch, of course), a remixed soundtrack, and a couple of other minor gameplay additions. None of these upgrades make Sonic Colors: Ultimate a must-buy for returning fans, but for anyone who missed it due to being put off by the likes of Sonic 06 and Sonic the Hedgehog 4 Episode 1, it’s still good enough that this trip to Eggman’s Interstellar Amusement Park is already an easy recommendation.

Regardless of whether you’ve played before, the story of Sonic Colors won’t be a surprise to anyone: Eggman is up to no good, seeking to harness the power of alien energy to fuel a mind-control weapon, and it’s up to Sonic and Tails to stop him. The plot obviously isn’t what anyone’s here for, but it’s at least well acted and sprinkled with a few chuckles here and there – especially thanks to Cubot and Orbot, Eggman’s two robot henchmen, who have their own little running gag of Cubot’s voice chip constantly getting damaged and replaced, much to the chagrin of Eggman.

What is important about the story, however, is that it introduces the Wisps, the small multicolored aliens that Eggman is hunting down. These Wisps are the main thing that separate Sonic Colors from every other mainline console Sonic game, both past and present. Think of them as transformation power-ups along the lines of what you’d find in a Mario game, only you get to choose when to activate their powers. Pink Wisps can turn you into a Spike Ball that allows you to cling to walls, yellow Wisps turn you into a drill that can dig underground, and teal Wisps turn you into a laser that can bounce off prisms and travel at the speed of light. They’re unlocked as you progress through Sonic Colors, but you can always revisit old levels and replay them with Wisps that you unlocked later on to access new paths, which is something that we’ll circle back to.

There are a total of nine Wisps that you can unlock over the course of Sonic Colors: Ultimate – including a brand-new Ghost Wisp that wasn’t in the original game – and they primarily enhance the two things that are key to a great Sonic game: your speed (duh), and the multiple paths that allow you to find your own way through a level. A pink Wisp might give you the opportunity to completely bypass a slow platforming section by zipping up a wall, a Drill Wisp might lead you to a subterranean path that’s way faster than the one above ground, and a Laser Wisp can instantly shoot you across a section lined with enemies, taking them all out at the literal speed of light. These particular wisps do a great job of varying up the level design without ever slowing Sonic down.

Wisps enhance the two things that are key to a great Sonic game: your speed and multiple paths through a level.

Then there are Wisps more geared toward secret collecting, light-puzzle solving, and platforming. While these are certainly less exciting than the ones built around speed, they still make exploration and revisiting levels with new powers a lot of fun, as they can help you discover new paths that dramatically change the flow of a level, and even help you improve your time or score.

The new Ghost Wisp is probably the weakest of the bunch, as it’s really only used to mix up the locations of some hidden Red Rings compared to where they were in the original game. With it, you can float through walls by pulling yourself to an anchor point, and… that’s about it. Unlike the other Wisp powers, it’s never really used in any sort of clever or satisfying way.

The one downside to the Wisps is that, because they’re drip fed to you one at a time over the course of the whole game, the first time through the early levels of Sonic Colors isn’t nearly as fun as they are when you’re able to replay them with all the Wisps unlocked. This causes the first few hours to be kind of a drag because you’re often forced along paths that are slow and tedious.

That’s an issue that carries over from the original, but one that Sonic Colors: Ultimate introduces for the first time is related to its remixed soundtrack. The first three levels of any world play a newly remixed theme and the last three levels play the original versions. The bummer is that there’s no way to choose which version you want to hear, which sucks because I’ve found that most of the original themes are far superior to the overly produced remixes. The soundtrack is still great all around, don’t get me wrong, but it seems strange to have both versions and not give you the option of selecting which one you want to hear on a given level.

The other big gameplay addition is a Rival Rush mode that lets you race against Metal Sonic in what is essentially just a dressed-up time trial. It’s a fun way to challenge yourself to beat a level quickly, but it feels like it should be something you can do on every level instead of there just being one per world, a total of just six races all together.

Rival Rush is a fun way to challenge yourself to beat a level quickly, but it should be something you can do on every level.

Cosmetic items were also added in this remaster, giving you the ability to customize Sonic’s shoes, gloves, aura, and boost effect by spending a new currency that you can collect throughout each level. None of them are particularly noteworthy though – it’s just some straight recolors, simple visual effects, and tacky patterns. I found myself sticking with the classic look.

On the graphical side of things, Sonic Colors: Ultimate holds up reasonably well for a nearly 11-year-old Wii game. The one sour spot is the cutscenes, which were not redone and are super low-res on a modern screen. But the actual gameplay runs at a steady 60fps in 4K on the PlayStation 5, and there are some nice improvements made to the lighting and character models.

Most importantly, Sonic Colors: Ultimate benefits from having been a gorgeous game to begin with. Its levels are among the most imaginative the series has ever seen, from the Rainbow Road-esque Starlight Carnival that has Sonic speeding through space while an intergalactic war plays out in the background, to the dreamlike Sweet Mountain that’s made entirely of junk food. Every world is beaming with creativity and the unifying theme of it all being part of an amusement park is just icing on the cake.