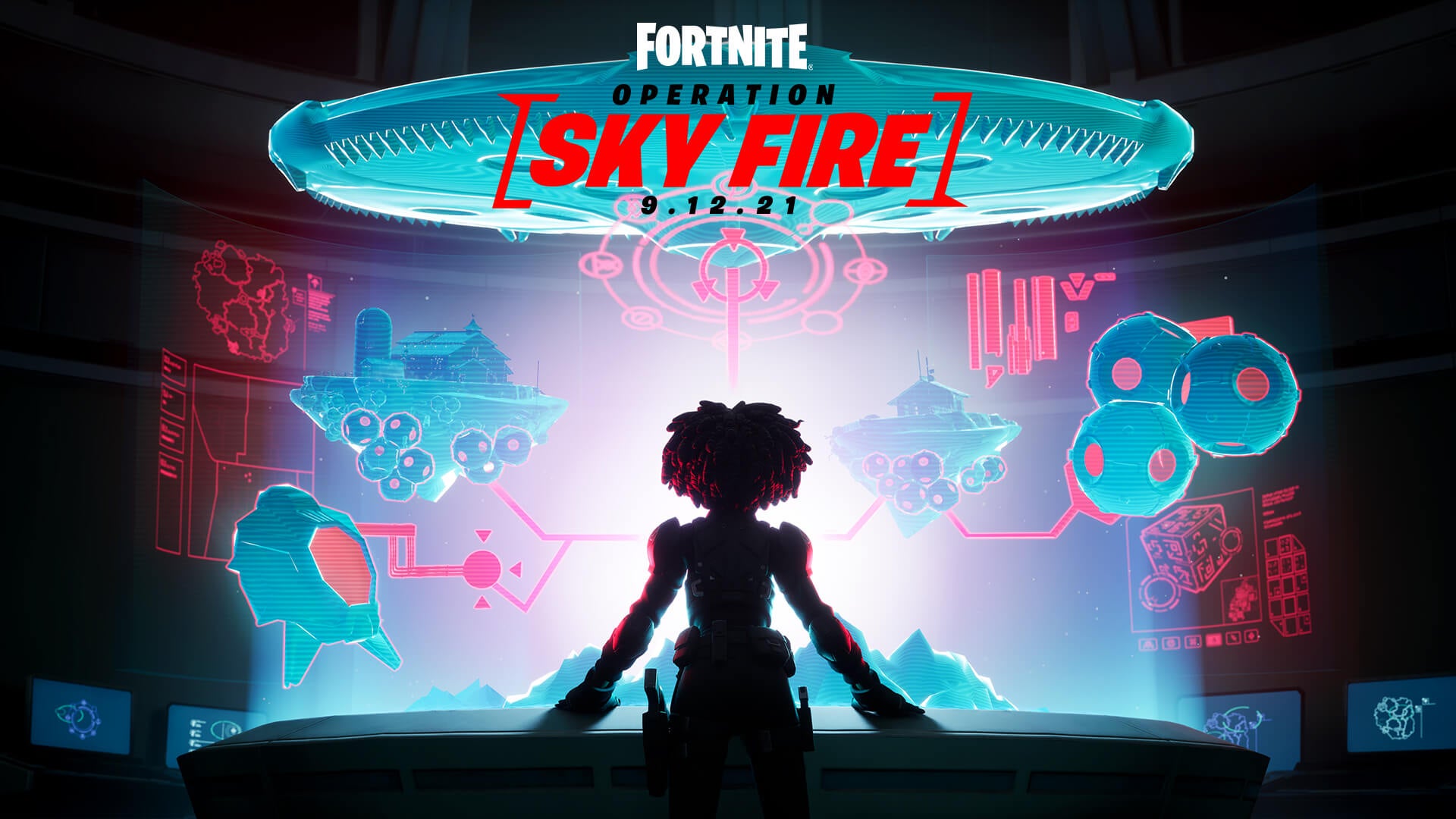 Starting September 12 at 1pm PT, 4pm ET, 9pm UK, the fate of the Island will be “in your hands,” according to Epic Games.

See, when Season 7 kicked off, the island was attacked by a mysterious, invading alien army. Not much is known about the invaders, but you fought back anyway.

Now, the Alien Mothership has set its sights on the IO’s secret base at Corny Complex, but Dr. Slone has a plan to end the Invasion once and for all. After working as an undercover agent for the IO throughout the season, it’s finally time for you to infiltrate and put a stop to the occupation.

Operation: Sky Fire will be the conclusion to this chapter and is a free, one-time event, and replays will not be available.

Everyone will be able to join the event with a full lobby of 16 friends, with the live event available 30 minutes prior to the start.

To further prepare, on the day of, at 12pm PT, 3pm ET, 8pm UK, be sure to gather and spend your Bars for the season’s Bargain Bin Wild Week
Before Operation: Sky Fire begins. You will also need to complete any remaining Epic Quests, Superman Quests, and exchange your Battle Stars beforehand.