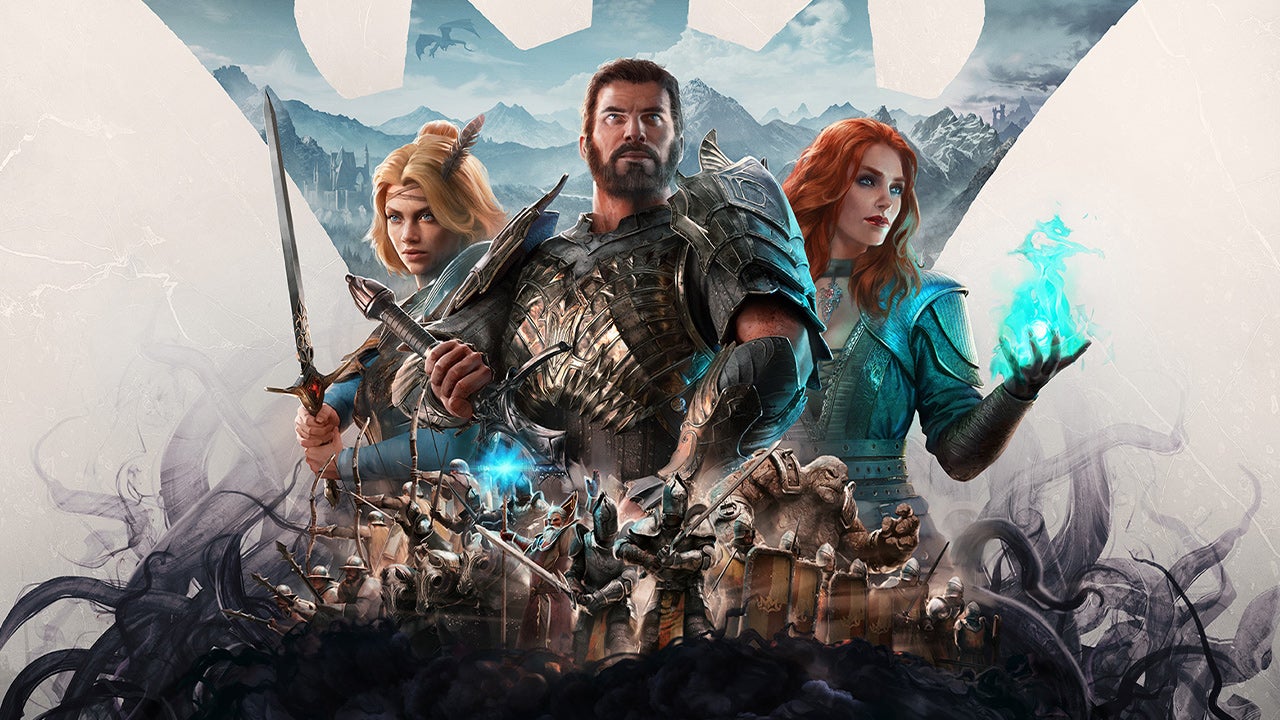 King’s Bounty 2 is a tired sigh of a Euro-style tactical RPG. Not the kind you make when you’re frustrated or relieved, though; it’s more like when you sit down after walking up a long flight of stairs and feel sort of distantly content. For the most part, it’s fine. The tactical combat is actually pretty enjoyable, the music is great, and the world looks nice. But it feels janky and unpolished in a lot of technical aspects, and the mediocre storytelling rarely got me motivated to see how the next step of the adventure might unfold.

In a lot of ways, this long-overdue sequel is comparable to RPGs like ELEX or The Technomancer: a mid-budget contender that really wants to be something like a blockbuster BioWare game but doesn’t really have the resources or the expertise to get there. King’s Bounty 2 is a bit less ambitious than either of those other two, and probably the better for it – it doesn’t try to do anything wild and sticks to the fundamentals. But from the general glitchiness of the camera to the phoned-in story cutscenes, I still got the sense that the developers at 1C bit off more than they could chew.

The voice acting, for one thing, is very inconsistent. The sorceress Katherine, one of the three playable characters and the one I spent the most time with over 40 hours of adventuring, has a pleasing timbre with a haughty, aristocratic delivery. But some of the random NPCs scattered throughout the world sound more like they’d just grabbed someone who hadn’t been in front of a mic before and handed them a script, if the distractingly bad performances are anything to go by. And those moments detract from the worldbuilding.

Characters are introduced very abruptly, just like everything else in the story, and you’re sent ping-ponging from one clue to the next with little room for anybody to develop relationships with others, much less as individuals. There were a couple of surprises that felt worth the wait, but in general the motives of the various leaders and factions were always presented with so little nuance that nothing that happened left much of an emotional impact. It feels very by-the-numbers, like all of the heart went into building out the setting and very little into the cast and story.

The fantasy world 1C has put together is pretty slick for a project this size.

That’s a bit of a shame, because the fantasy world 1C has put together is pretty slick for a project this size. The graphics are a bit dated-looking, especially with the lighting, creature animations, and some of the faces. Compared to even a six-year-old game like The Witcher 3, it comes up short. However, they’ve gone with an art direction that’s just stylized enough it didn’t bother me all that often. Zooming in on individual units reveals a lot of depth and detail, especially on some of the bigger monsters, and I particularly liked how increasing a squad’s veterancy would spiff up their equipment visually as well. While large portions of the map can feel a bit samey – a lot of it is just hilly green woodland – it’s also packed with little lore tidbits like discarded notes and history tomes that were entertaining to paw through.

If only getting around weren’t such a huge pain. Your default run speed is just slow enough to be thoroughly irritating from the first moment to the last, and for some reason there’s a walk button but no sprint. Why anyone would want to move through this sprawling country even slower than you move by default sure beats me. You do get a horse fairly early on, but it has clunky controls, it’s restricted to walking speed in larger towns, and it has a lengthy animation to get on and off that freezes you in place. That never ceased to be frustrating.

What saves King’s Bounty 2’s bacon is the turn-based tactical battles. Granted, there are some unpleasant difficulty spikes, especially if you’re playing a magic build in the early game. But they’re actually pretty good fights once you get into the swing of things. You take an army of up to five units into each one, with dozens of choices from human knights, to gruesome undead, to deadly mythical beasts that result in practically endless interesting compositions. They’re divided into four factions of Order, Anarchy, Power, and Finesse, and normally you’ll want to stick to one to get the best synergies – but there are ways to build your character to be more faction-agnostic, at the cost of not being able to focus on beefing up one faction to their max potential.

What We Said About King’s Bounty: The Legend

While King’s Bounty has some issues, there’s a lot to like about the game. It’s a familiar, yet refreshing RPG hybrid. You’re going to spend a lot of time with the combat system and that’s a good thing because it’s simple, intuitive and filled with strategy and depth. The fighting requires players to adapt to the situation, and will constantly keep gamers on their toes. Yes, the difficulty can be very unbalanced at times, and sure the tutorial needs work, but as it stands, King’s Bounty is a great game for all types of RPG fans. – Jimmy Thang, September 30, 2008.

The talent tree has an interesting twist to it as well, in that higher-level talents are tied to ethical decisions you’ll make in both the main story and side quests. To unlock the most powerful magic spells, for instance, you’ll have to choose Finesse over Power when given multiple ways to complete a mission. It turns out, though, that this is a better idea in theory than in practice. Finesse options tend to be the better choice in almost all cases unless you really want to put yourself in unnecessary danger for the sake of a challenge, and Anarchy vs Order typically ends up boiling down to moustache-twirling bad guy versus righteous hero. I would have liked to see a bit more complexity and nuance that could have led to more difficult decisions.

Where this got a bit awkward is when I realized that there are only a finite number of battles, and a finite amount of treasure, throughout the entire world. That means you can’t grind out weaker enemies for experience and better gear if you’re stuck, so some sections felt like I was running around from side quest to side quest looking for a fight that I could actually win with my current power. It also means you can technically get a “game over” by losing all of your units and not having the money to replace them. King’s Bounty 2 lets you save anywhere at any time, so this is more of a theoretical issue. But it’s also kind of a poster child for the handful of awkward design decisions that just don’t seem well thought-out.

Next Week on Xbox: New Games for November 28 to December 2
Xbox All Access: price, games, and everything you need to know
Final Fantasy 16 Producer To Appear At The Game Awards As Release Date Speculation Ramps Up
End of Year Deals promotion comes to PlayStation Store
Hello Neighbor 2 Early Access Starts Today for Deluxe Edition Pre-orders