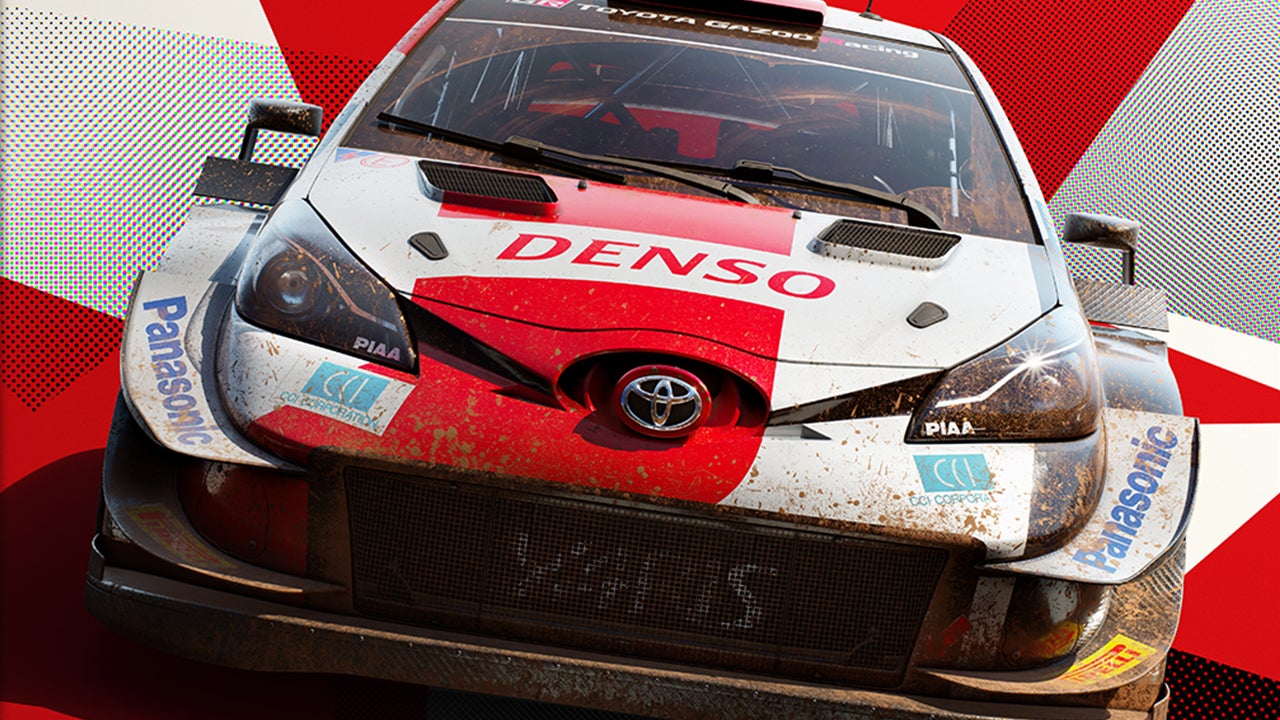 To mark the moment, WRC 10 arrives armed with the most retro content to grace developer KT Racing’s series so far, with a new mode featuring cars and stages representing five decades of rally racing history. Combined with a deep career mode, the result is the spiciest and arguably the strongest official WRC game to date – though that’s a narrow victory, since it still hasn’t changed dramatically since the already very good WRC 8 and WRC 9, and it’s still making some of the same minor mistakes.

That big 50th Anniversary mode is an important part of this year’s game, and it’s by far the biggest injection of historical content to the series since KT Racing started adding classic cars in WRC 8. With its own separate menu and period photography it does feel quite special at first, although there’s ultimately not really a great deal to it. They’re just a small collection of time trials with a little bit of text to explain the historical context of what you’re about to do.

One significant issue that some may have with the Anniversary races is that the time requirements don’t scale with the global difficulty setting. Inexperienced racers can dial down the intensity of their career and quick race difficulty, but at the time of review, Anniversary mode cannot be changed. I thought I was cruising when I notched up the first two events on my first attempts, but that changed on the extremely tough third event (which is actually the fifth event, because confusingly the third and fourth event got skipped and remained unavailable). At least a couple of the time requirements I’ve subsequently encountered in this mode so far have been surprisingly stiff; certainly severe enough for less experienced racers to bounce right off this mode entirely. It seems strange for WRC 10 to cater for new and novice players with a variety of settings, driver aids, and tutorials, but opt for a hardcore, one-size-fits-all approach for the marquee Anniversary Mode.

The good news for anyone stumped by the taxing time limits in Anniversary mode is that all of these cars – and the historical stages – can be used in identical fashion in quick play without any such pressure. WRC 10 allows us to put any car on any stage, historical or modern. The older historical stages are a fun addition because KT Racing has stripped out the contemporary advertising and safety features of the modern stages and replaced them with crowds of more period-authentic spectators, many of whom are poised dangerously close to the roadside. WRC 10’s old-school crowds aren’t anywhere near as thick as they were in the heyday of Group B bedlam but they definitely contain a few folks whose lifelong dream is to be killed by a rally car. Things obviously don’t get that grim, but the often-cramped crowds do make the historical stages a compelling challenge because just the tiniest touch to a stupid spectator will instantly respawn you on track with a stiff penalty.

WRC 10’s old-school crowds aren’t anywhere near as thick as they were in the heyday of Group B bedlam but they definitely contain a few folks whose lifelong dream is to be killed by a rally car.

KT Racing has done very well selecting a range of rally cars that really matter, and a lot of world championship-winning cars are represented. The classics garage stretches from the Alpine A110, the winner of the first WRC in 1973, all the way to Ott Tänak’s 2019 Toyota Yaris, which famously ended 15 years of the championship being won by blokes called Sébastien. There’s plenty of iconic metal in between, too, like a pair of fire-breathing Audi Quattros, several Lancias (including the mighty Intergrale), the Peugeot 205, the Toyota Celica and ’99 Corolla, the 2007 Ford Focus RS, the Volkswagen Polo R, and a handful of successful Citroëns. Colin McRae’s 1997 Subaru Impreza and Tommi Mäkinen’s 1998 Mitsubishi Lancer Evo V are two other legends you may have access to, but as of launch they’re currently tied up as either console pre-order incentives or deluxe edition content. Broadly speaking, however, it’s a very good spectrum of both drivers’ and manufacturers’ championship-winning cars; there aren’t too many major winning models missing.

Annoyingly, WRC 10 instantly makes one of WRC 9’s more irksome missteps, which is demanding that everybody begins the career mode in either the WRC Junior or WRC 3 series, with no way for those of us who’ve done a few laps already to skip past these feeder series and get straight into the main WRC championship. I get that climbing the motorsport ladder is a natural part of a career mode process, but it just feels a little punitive to make the faithful redo it every year. I suspect I would’ve had more patience for it had WRC 10 let me dive straight into the new Private team career option, which lets you build your own race team and buy and design your own team car with the welcome new livery editor, but KT Racing has locked the most interesting new element of WRC 10’s career mode behind the completion of Anniversary mode, which I don’t get.

On top of that, the baffling bonus objectives have survived another iteration without being kicked to the curb, meaning you’ll still need to put up with your manufacturer suggesting daft things like “don’t use hard tyres for this rally”, which slightly undermines the interesting new tyre strategy layer KT Racing has inserted this time around. Not only must we choose a stockpile of tyre types to take into each rally, but tyres can even be cross-mounted if you want to experiment and potentially discover some extra speed on drastically mixed surface stages. Opting to complete the new shakedown before each rally will give you four additional tyres in your stash. Tyre strategy becomes very important if you opt for the new realistic rally length, which better resembles real WRC rallies (which, in real life, are generally run over hundreds of kilometres).

You can name your co-driver this year, which is a fun touch, and KT Racing has added both an English-language female co-driver and a range of extra co-driver chatter for a bit more flavour out on stages. They probably could’ve done with a wider range of comments because they get repetitive quickly, and they’re not always correct, but I quite admire WRC 10’s ability to get a rise out of me. If you find it irritating, the so-called immersive voice can be toggled off. There’s definitely been work on car audio this year, too; all the components and layers are there from WRC 9 but it sounds denser and I’ve encountered none of the volume bugs I ran into in WRC 9.

Estonia is the highlight of the new rallies so far, with its fast, skinny stages and lush and gorgeous colour palette.

WRC 10 includes the new Estonian and Croatian rallies, but there are a few rallies missing from the roster. The last-minute Arctic Rally won’t be featured (the cancelled Rally Sweden remains in WRC 10 in its place) but KT Racing has explained that Belgium and modern Greek stages will follow after launch. I think Estonia is the highlight of the new rallies so far, with its fast, skinny stages and lush and gorgeous colour palette. Slower speeds expose some of WRC 10’s intermittent visual weaknesses, like squared-off curves and some occasionally plain trackside props, but it’s otherwise a very handsome racing game. Things look especially nice when low sun pierces the thick tree lines, and night stages look excellent.

Gravel rallies like Estonia are still my preference; I prefer them over tarmac rallies as it’s the type of looser driving I enjoy. There have been some changes to the handling this year and I find the better sense of consistent momentum while sliding cars on the throttle quite satisfying. It also feels more challenging to make very small steering adjustments at high speed, meaning I really have to finesse the car on straights. It does quite a good job of letting you know when you have the wrong tyres on, and the change in grip across surfaces seems more noticeable than ever. I think wheel feedback this year is probably the best it’s been, but I’m still faster on a controller.

KT Racing’s stage design remains fabulous, although it’s a shame so much of its excellent work from WRC 8 and WRC 9 has been dropped thanks to calendar changes. There is actually a bonus tab for other rallies, which I excitedly thought may have been KT Racing’s way of including rallies from the last couple of games that aren’t being run in 2021 – like Poland, Germany, Mexico, Turkey, or Australia – but the tab is inaccessible so instead I’m just confused.