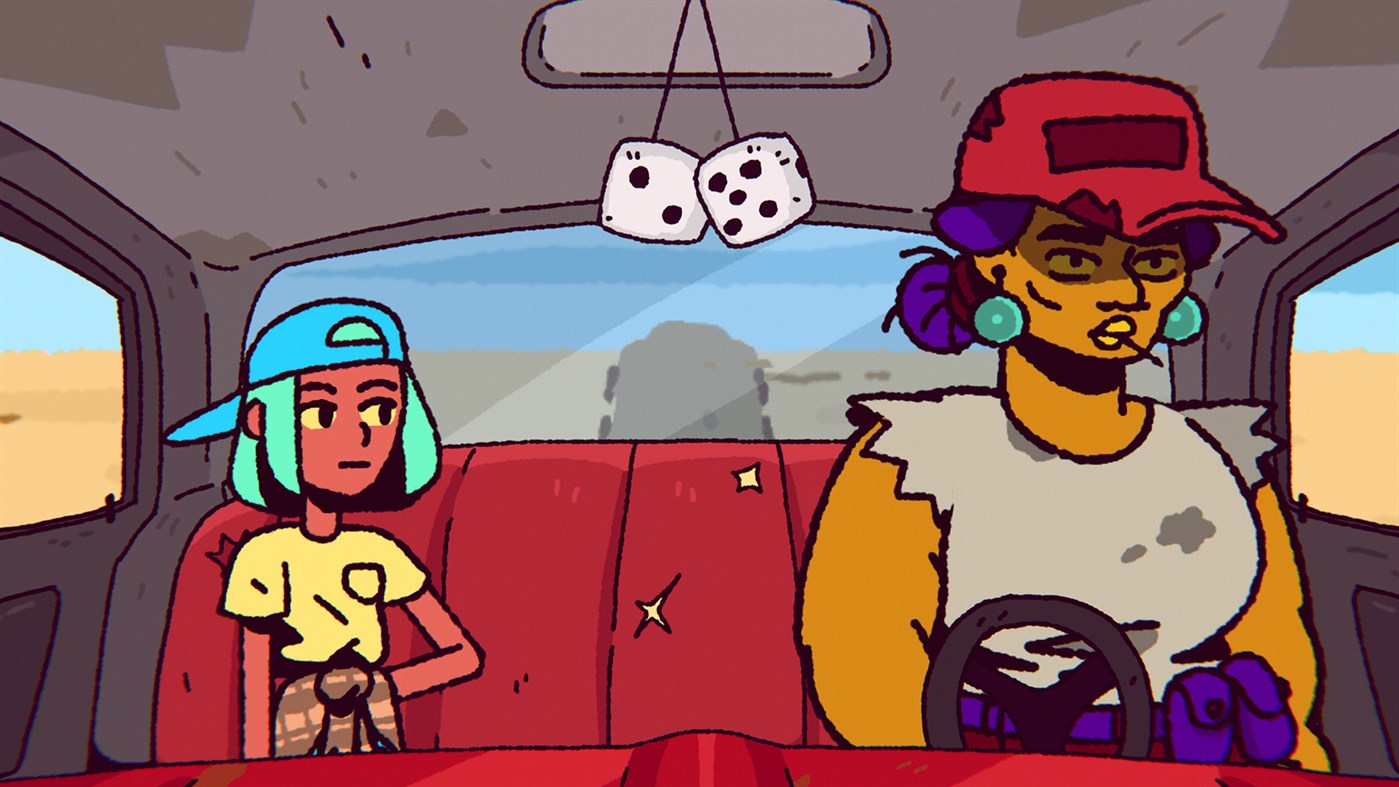 Fancy something a little different, a little weird, a bit strange and extremely colourful? The Big Con is here and this is one comic adventure that shouldn’t be missed.

The Big Con from the Mighty Yell development team and their publishing friends at Skybound Games promises to take gamers on a bit of an adventure, one in which players will get the chance to follow Ali, a teenage con artist who is attempting in vain to save her mother’s business from loan sharks.

How she goes about this is up to you and you’ll find yourself joining Ali as she travels the country (1990s American if you’re interested) picking pockets, dressing up in various disguises and taking in a host of puzzles and even more dialogue.

It all promises to be a fun adventure, albeit one that is a little wacky and mad at the same time, letting you involve yourself in options that wouldn’t normally be available in the gaming worlds we frequent. It should be that which makes this an instant purchase, with the £10.74 asking price from the Xbox Store helping the opening of that wallet even easier.

What’s more, The Big Con on Xbox is fully optimised for Xbox Series X|S, so those visuals should pop even more than you could ever imagine.

Our full review of The Big Con on Xbox is in the works and should be with you very soon.

If you’re sold though you should be found heading to the Xbox Store – or your favourite PC option – and grabbing a copy of The Big Con right now.

Hustle and grift your way across America in the ‘90s as a teenage con artist on a crime-filled road trip adventure. Play as Ali, a curious and sarcastic high schooler who ditches band camp to go on a cross-country road trip. But this isn’t a joyride! Ali is on an all-important mission to save her family video store from the nasty loan sharks trying to shut their shop down. Swindle strangers, pickpocket people, and con commoners across a wacky America of the ‘90s. And – it should go without saying – lie to your mom about all of it. Choose who deserves to be conned and who might need a helping hand. The world is your oyster (and hey, pearls are worth a lot!).

World Of Warcraft: Dragonflight is about to flap out
Marvel’s Midnight Suns Review
PlayStation Tournaments on PS5 officially launches today
LEGO Star Wars: The Skywalker Saga Galactic Edition Review
Official Elden Ring Art Books Are Out in Japan, Here’s How to Get Them