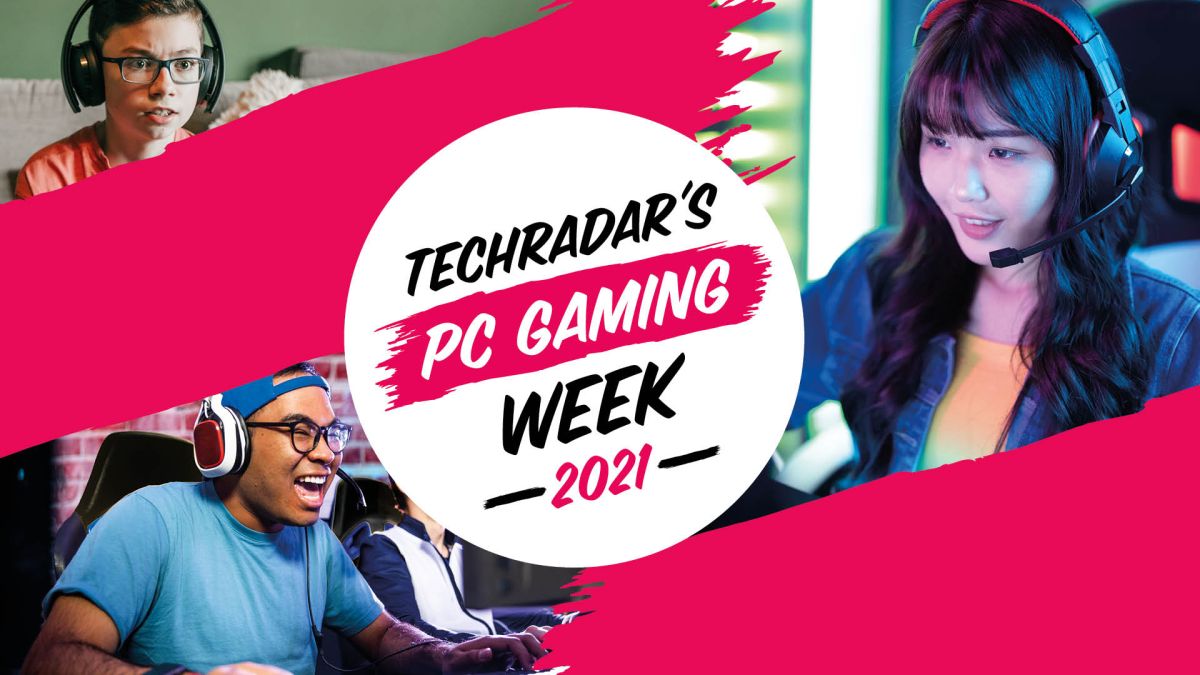 TechRadar’s PC Gaming Week is back for 2021, and PC gaming has never been better – or more important.

The PC continues to be the best place to play games if you’re after sheer breadth of game types. From obscure indie games to visually stunning AAA titles, our humble PCs (or tricked out rigs) let us leave our troubles behind and explore fantastic new worlds, enjoy emotional stories from creators from all over the world, or simply allow us to blow off some steam.

Speaking of steam, Valve is working on the handheld Steam Deck console, which could bring PC gaming to an even bigger audience. With Nvidia, Intel and AMD all producing some of the best PC gaming hardware they’ve ever made (if you can find the bloody things in stock), it’s never been a better time to be a PC gamer, as our PC Gaming Week 2021 will show.

T-Pain made his rise to fame by making some great music, but since then he’s been using PC Gaming and Twitch streaming to go even further.

In an Interview, we show How T-Pain utilized PC gaming to further his pop culture legacy.

Ay caramba! These are the best The Simpsons PC games from the 90s

The Simpsons is more than just a seminal animated comedy – that’s arguably gone on way too long – the franchise is also behind some amazing PC games.

For PC gaming week, we’re looking at the best Simpsons games from the 1990s.

Halo on PC has revitalized the franchise

When Halo 5 launched on Xbox One, the franchise was looking a little long in the tooth. But now, ahead of Halo Infinite, excitement is building up again, and it’s largely thanks to the Halo: Master Chief Collection and Halo Infinite’s upcoming free launch on PC.

For PC gaming week, we look into how Halo on PC has revitalized the franchise.

Do you really need an SSD for gaming?

When you’re looking to build a gaming PC most people will tell you to go for one of the best SSDs, but why?

For PC gaming week, we look into why you might want to pick up a faster drive, and ask ourselves: do you really need an SSD for gaming?

There was a time in PC gaming when Sierra and LucasArts were synonymous with “PC games”. However, as time went on, both of these previous heavyweights diminished.

For PC Gaming Week, we look back on the rise and fall of point-and-click legends Sierra and LucasArts.

Building a budget gaming PC doesn’t have to be boring

Often, when you hear people talking about a fancy new gaming PC, it’s one that’s cost thousands of dollars with the most badass components on the market. But, even on a budget you can build a pretty sweet rig.

We went ahead and showed how building a budget gaming PC doesn’t have to be boring.

How Crytek became one of the biggest names in PC gaming

Crytek is one of the most recognisable names in PC gaming, especially with its Crysis series, which have been pushing the limits of our hardware for years. However, despite plenty of critically-acclaimed titles, studio closures and financial problems proved that nothing is easy.

We spoke to various people at Crytek to chart the rise, fall and rise again of this iconic studio.

PC Gaming Week wouldn’t be complete without our definitive rundown of the very best PC games you can play right now.

From the top single player games, to hectic multiplayer madness, we selected what we think are the best PC games in 2021. Each one has been thoroughly played by us, and they all prove why the PC is the best gaming platform.

For PC Gaming Week 2021, we picked the very best gaming desktop PCs that money can buy right now. If our PC gaming coverage made you desperate to fire up a rig and play some games, then this list is an excellent starting point.

Best SSDs 2021: the top solid-state drives for your PC

With the amount of massive PC games releasing on an annual basis, peppered with countless indie releases that just demand playing, the need for a fast, sizable solid-state drive is more dire than ever.

So, we incorporated our guide to the best SSDs on the market in several categories into PC Gaming Week 2021. Here’s what we think are the best SSDs for several use cases and occasions.

The best PC gaming headsets of 2021

Being huge fans of PC gaming, we test every end of the hardware experience, even the vast PC gaming audio market. We particularly enjoy the immersion of a good gaming headset.

Since we figure at least some of you share the same desire for excellent audio from our PC games, we included our comprehensive list of the best PC gaming headsets we tested in 2021.