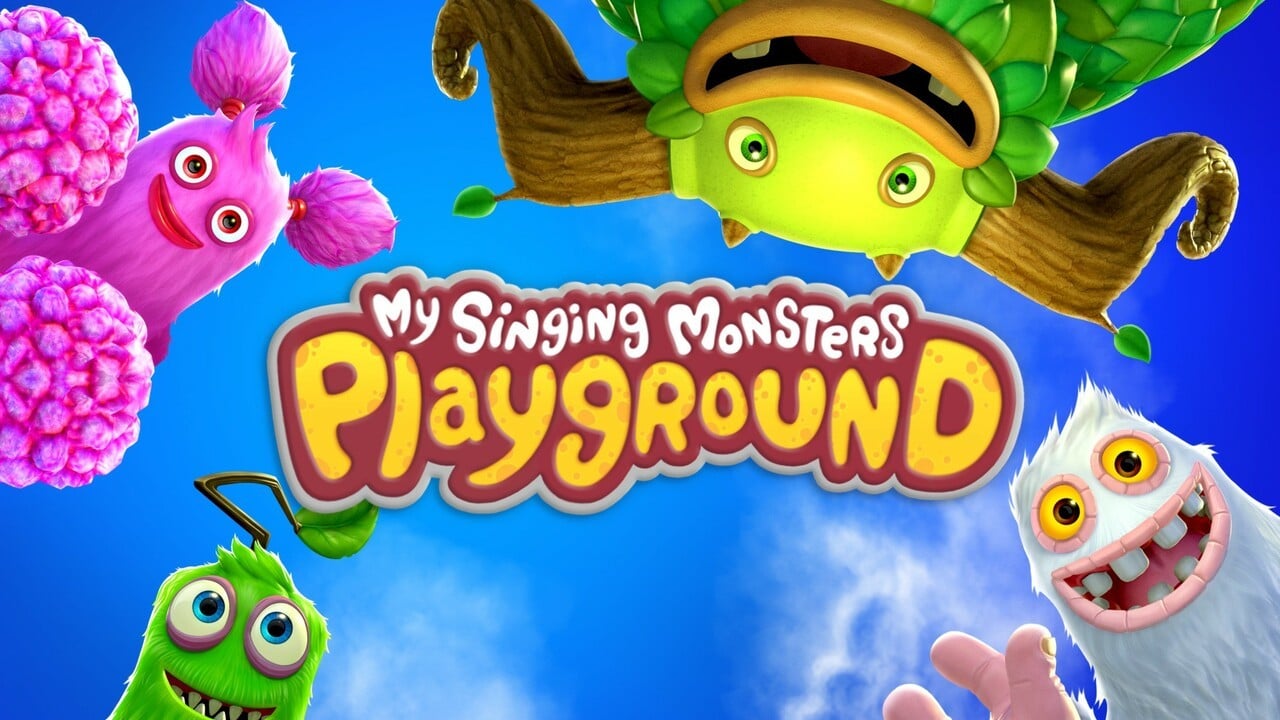 Update: It has now been announced that My Singing Monsters Playground will launch on Switch on 9th November, and there’s even a brand new gameplay trailer (up above) to prove it.

It’ll cost $39.99 when it launches in a couple of months’ time, and Switch is being treated to a physical version courtesy of Sold Out.

Original Article (Wed 12th May, 2021 19:00 BST): Canadian developer Big Blue Bubble has revealed that My Singing Monsters Playground will be launching on Switch and other systems this November.

The game, unsurprisingly set in the My Singing Monsters universe, will be the first time that the franchise has appeared on home consoles. It’s a party game that lets players take control of their favourite Monsters and compete in a tournament of Monster-game madness, all while exploring islands and various locations that fans will already know and love.

There are three different modes on offer and more than 20 party games to play in total; Big Blue Bubble’s CEO Damir Slogar says that “we know fans and players alike will love playing as their favourite Monster characters while competing with friends.”

– Compete against friends and family in games galore set across the Monster World.
– Take control of some of your favorite characters from the world of My Singing Monsters.
– Team up to take on your competition in 2v2 games or battle it out for solo supremacy in free-for-all matches.
– Play the way you want with friends or solo in three different game modes: Party Tournament, Single Player Gauntlet, or Freeplay!

Switch owners are actually in for an extra treat, with Nintendo’s platform being the only one to receive a physical version of the game. It’ll be published by Sold Out and should end up looking a little something like this:

Have you played My Singing Monsters on mobile or PC in the past? Any room for another party game in your collection? Strike a chord with us in the comments below.

Valve Bans Game Awards and Review Scores From Steam Listing Visuals
Xbox Series S games are about to get a performance boost
PlayStation Store Update Worldwide – August 2, 2022
Project L will be free to play, with Illaoi joining the roster
New Limited-Time Terminator Bundles for Call of Duty: Vanguard and Warzone