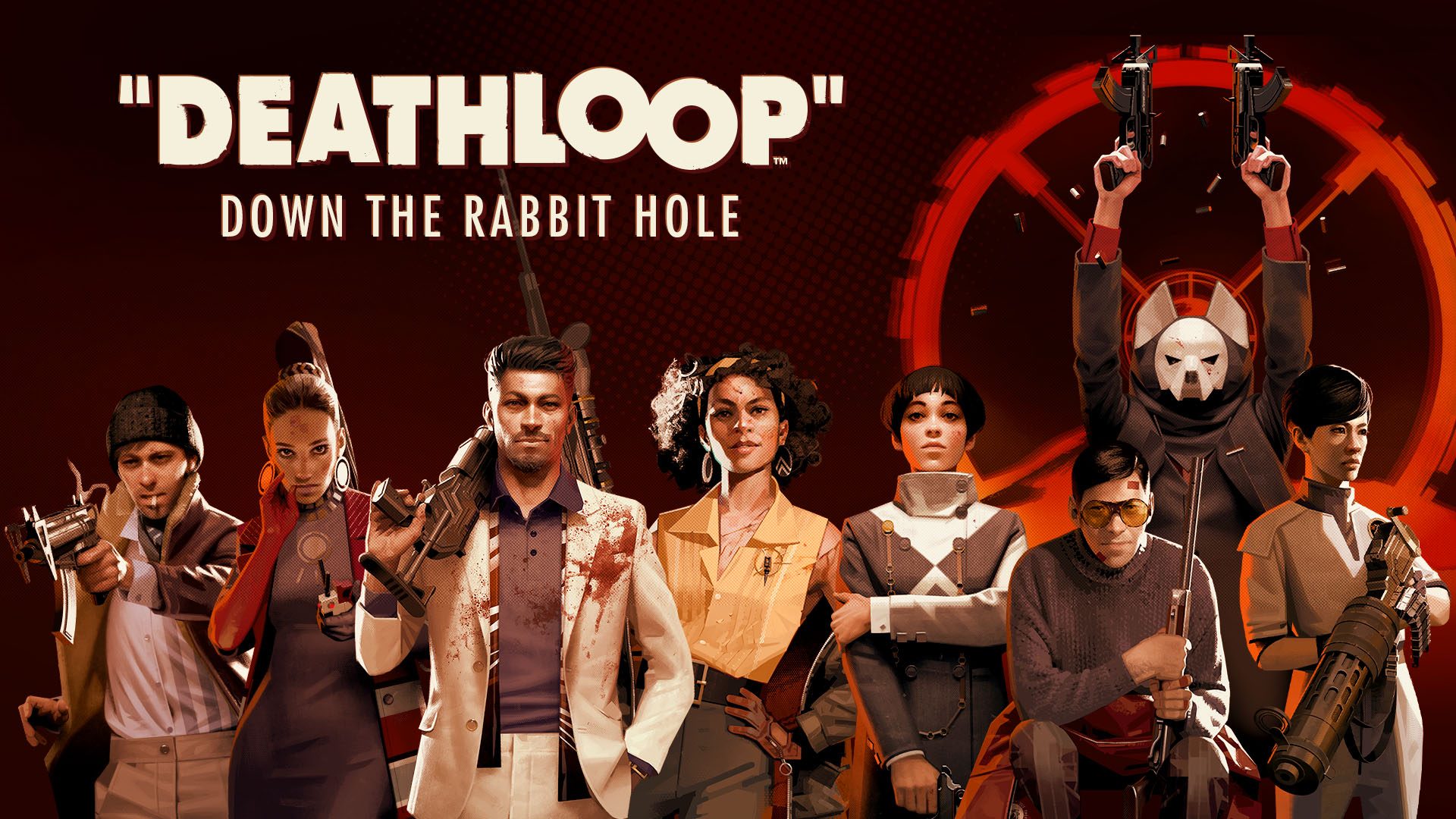 You wake up on a beach, no memory of how you got there or even who you are. A mysterious message floats before you, urging you to “break the timeloop.” You’re trapped on an island full of people who are trying to kill you. You die, then wake up back on that same beach. Day ends. Beach. Die. Beach. It’s enough to make you sick of beaches. Sick enough to start listening to those floating messages and do something about this timeloop. That’s Colt’s journey in Deathloop. Break the cycle by killing the people responsible for keeping it going, and maybe find a way off the island of Blackreef. 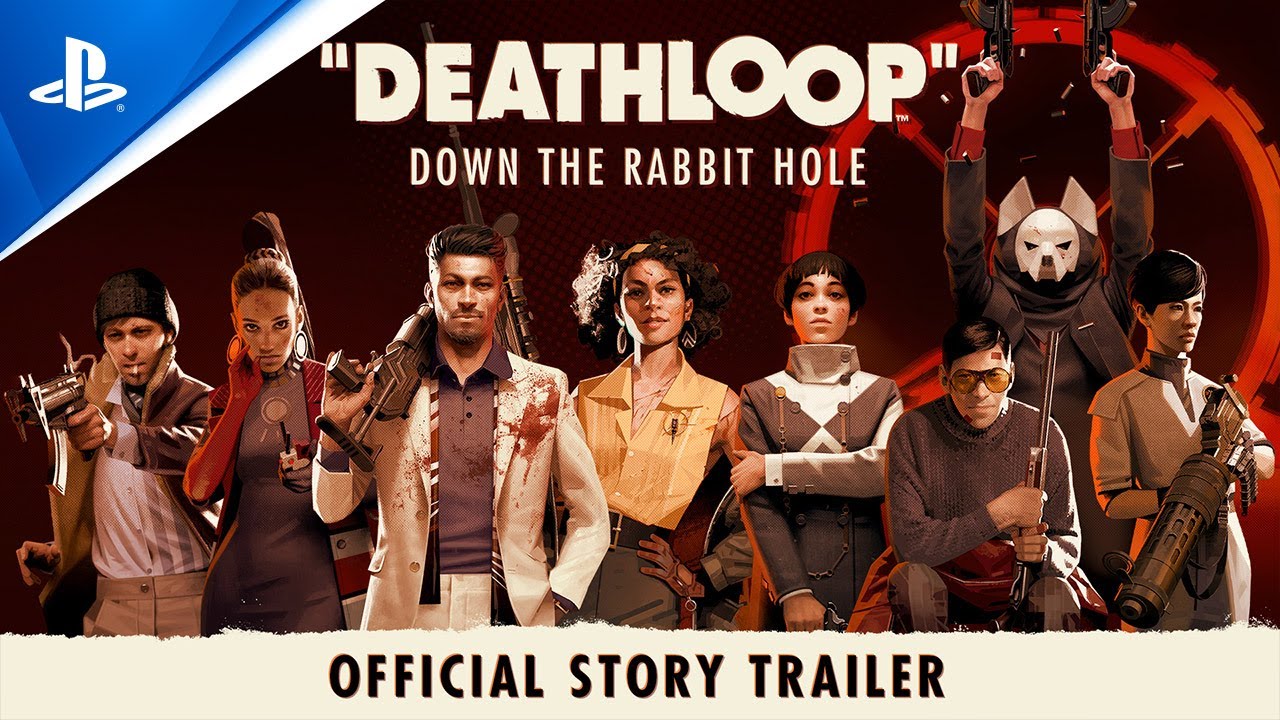 The island of Blackreef wasn’t always caught in a timeloop. It started off as an isolated fishing colony, but an anomaly in the area eventually attracted the attention of the military, and further down the line, the attention of the founding members of the AEON Program. These individuals and their followers came together to exploit the anomaly and create the timeloop that would ostensibly allow them to live forever.

But the human mind isn’t made to withstand eternity. After enough time, the inhabitants of Blackreef started experiencing amnesia. At the beginning of the game, Colt is in this exact position. When Colt first opens his eyes on this particular morning on the frigid, sandy beach of Blackreef’s shore, he only has fleeting, dreamlike memories from the day before. His constant companions through his journey are strange, floating messages and radio calls from a woman who calls herself Julianna, and often the two have conflicting agendas that Colt will need to navigate. Because of his amnesia, Colt gets to know himself as you’re getting to know him. You’ll be learning about his past as you’re uncovering the island’s strange story and unraveling its mysteries.

Throughout the game you will learn the habits and secrets of all eight Visionaries, and you’ll use them to your advantage. With the knowledge you gain, you’ll be able to draw the Visionaries out of hiding and line them up for the perfect cycle.

But one Visionary stands above the rest…

Julianna Blake. The cat to your mouse. She’s the only person in the game you’ll have consistent contact with. She’s also the person on the island most determined to stop you from breaking the timeloop. Game Director Dinga Bakaba describes her and Colt’s relationship as “the beating heart of Deathloop,” and everything in the game comes back to them and their rivalry.

“This is the first person you meet and she’s trying to kill you,” says Narrative Designer Bennett Smith. “Part of the initial stages of the game are finding out and exploring and discovering why she wants to do this. Julianna has something in common with Colt. The island loops over one day, but everybody on the island seems to forget except for her and Colt. So in some ways they’re the only people they can both commiserate with because if they went to anyone else they would just forget. Through that experience, it’s basically her trying to get Colt up to her level. She holds all the cards. She holds all the knowledge. So she calls you over the radio and taunts you, but it’s also this didactic experience where Colt is enquiring about what is going on and she’s giving him answers – but not all the answers. As the player navigates through this world and discovers things, she can kind of fill in some of the gaps.”

Bakaba has said that the story of Colt and Julianna is the story of Blackreef. They are fighting over the fate of this island, and most of the inhabitants have no clue what’s happening beyond their immediate orders to hunt Colt. They go through the same routines every day, unaware of the larger tableau playing out around them.

Julianna doesn’t just want to live forever. According to Smith, if you asked her that, she would say that’s “too simple.” Julianna came to Blackreef with similar motives to the other Visionaries, but she’s changed over the years. Actually, thanks to everyone’s amnesia, she’s the only one who has changed over the years. She has started getting bored. But now there’s Colt, who is suddenly able to remember things between loops, and that’s when life becomes interesting again for her.

“Colt wakes up on this island, and this woman is clearly the reason why everyone on the island wants to kill him,” says Bakaba. “She should be his enemy, but she keeps contacting him over his radio. Julianna seems fascinated by him and interested in what he’s doing and how he’s doing. This fascination goes both ways because everyone is on a schedule and everyone keeps forgetting, except for her. Julianna is with Colt every step of the way. So a lot of the conversations are this rivalry, this kind of duel of punchlines. But every now and then there are also these moments of sincerity. They share a lot in common, they just have very, very opposed goals.”

Are you prepared to venture down the rabbit hole? Deathloop launches exclusively on consoles for PlayStation 5 on September 14.