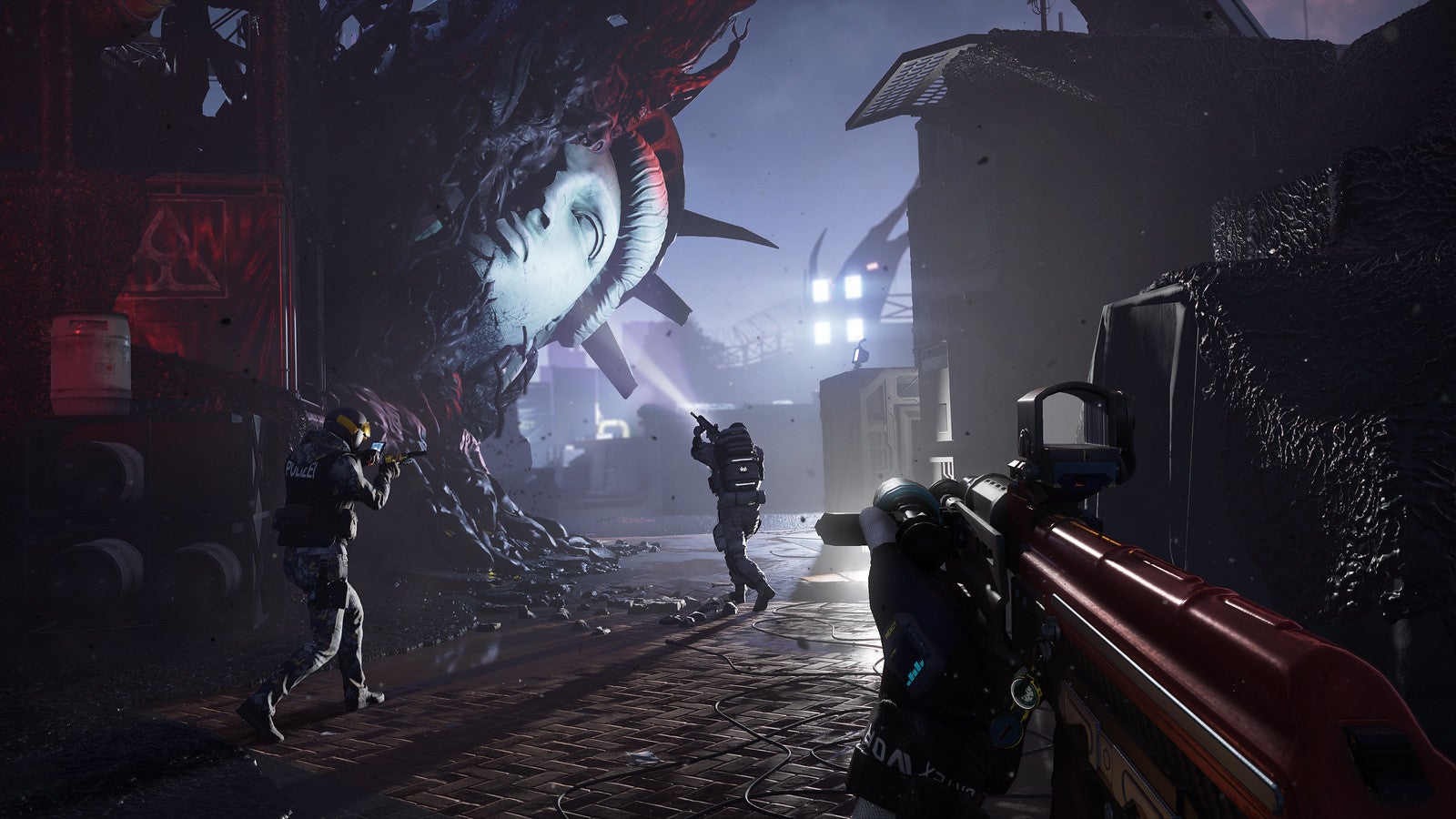 Team Rainbow has faced global threats, dealt with hostage situations, come into contact with biological weapons, and more threats over the years. However, nothing could prepare them for what they are now up against: mutating aliens.

Called the Archaeans, this alien parasite has taken over four key regions in the United States: New York, San Francisco, Alaska, and New Mexico. Your objective is to head into these regions, gather intelligence within their three contaminated zones, push back the threat, and extract your squad safely.

As part of REACT (Rainbow Exogenous Analysis and Containment Team), you will be able to pick between 18 of the Rainbow Six operators and each one has a specific set of weapons, special abilities, and their own progress track.

There will be 12 containment zones located across the US, featuring various challenges to test your tactical abilities. Every incursion is unique due to dynamic variables such as the Sprawl’s behavior, missions, enemies, and more. Fail and your Operators will go MIA.

Be prepared to fight over 10 unique parasitic archetypes, such as the Tormenter and the Apex, along with their abilities, and randomly occurring mutations.

There’s also the Proteans which have adopted the form of REACT Operators, and sometimes have the ability to mimic Operator behavior.

You will be able to go it alone or in a squad of three when the game releases in January 2022 on Amazon Luna, PC, PS4, PS5, Stadia, Xbox One, and Xbox Series X/S.

Video: Watch Us Find Our Retro Gaming Grail In This Boxiest Of Unboxing Videos
My Little Pony-Inspired ‘Them’s Fightin’ Herds’ Gets Release Date And Rollback Netcode
New Tales from the Borderlands coming in October, according to Amazon
Another Reference to PlayStation PC Launcher Has Been Found
Doom can now run on a jailbroken tractor