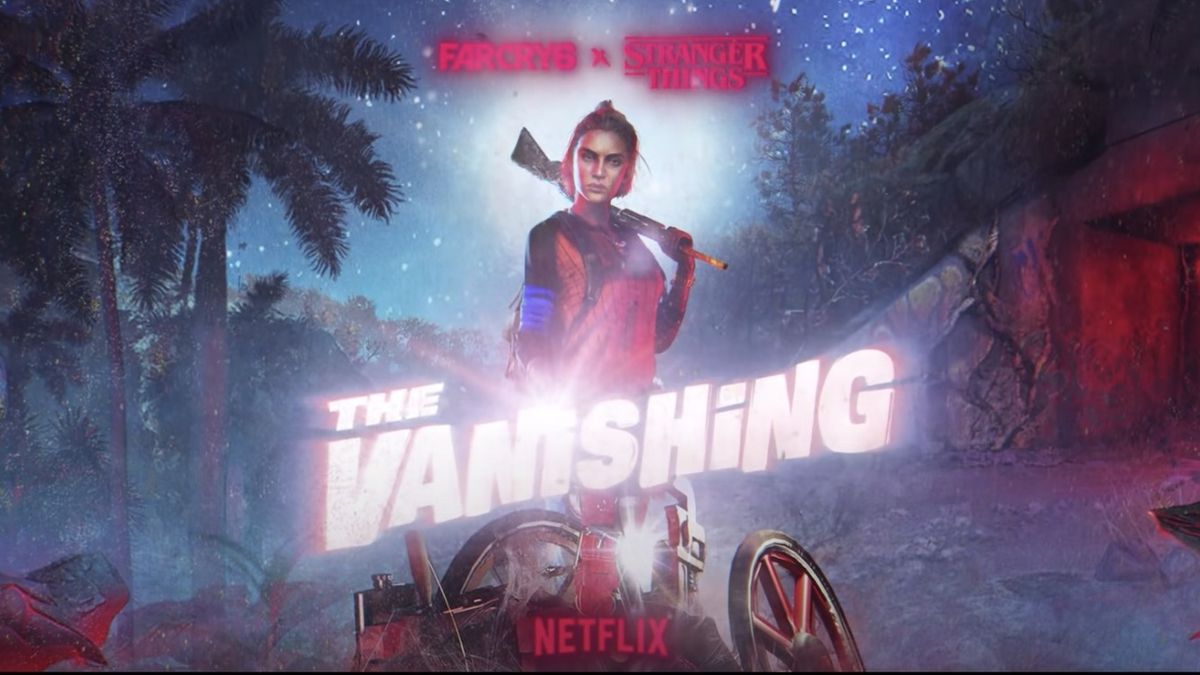 Ahead of Far Cry 6‘s October 7 release, Ubisoft has revealed a post-launch roadmap for the game and it includes some surprising crossover missions.

A brand new trailer details the post-launch plans, which include a mix of free updates that will be available to all players and paid Season Pass DLC. The roadmap runs from launch through to March 2022, starting with free-to-access Weekly Insurgencies on day one.

Three newly-revealed crossover missions will also be released for no additional cost. These start in December with “Danny and Dani vs Everybody”, which will see the game’s protagonist Dani Rojas team up with the actor Danny Trejos and his machete. A Rambo episode called “Rambo: All the Blood” will follow this in February 2022. Finally, a Stranger Things crossover, “The Vanishing”, wraps things up in March 2022 and tasks players with finding their missing base game companion, Chorizo the dog.

Six special operations complete the free content offering, taking players to unique new areas around the game world as they “snatch highly unstable chemical weapons from Antón’s arms dealers and get to the extraction point before it overheats”. The first two operations—Mesozoico and Maceo—will be available at launch, with four others releasing at later dates.

Purchasing a Far Cry 6 Season Pass gives players access to the rest of the post-launch roadmap which includes three DLC episodes as well as a copy of Far Cry 3: Blood Dragon. The three DLC releases will take players into the minds of villains from previous games in the series, starting with Vaas Montenegro in November, followed by Pagan Min in January 2022 and Joseph Seed in March 2022.

According to Ubisoft, the episodes will have players “fight to escape the horrors of your own mind” using a mix of Far Cry gunplay and roguelike elements. The episodes can be played solo or in co-op with a friend, even if they don’t own the Season Pass themselves.

Far Cry 6’s Season Pass comes included with the Gold, Ultimate, and Collector Editions of the game but it can also be purchased separately.

In the age of Fortnite, it’s increasingly kind of hard to be surprised by crossovers, but Far Cry 6’s three crossover missions are, admittedly, more than a little weird at first glance.

Then again, Far Cry isn’t exactly a series that shies away from tonal whiplash or the ridiculous. When you’re playing a game that allows you to ally yourself with a murderous rooster at a certain point you probably just have to nod and say, “okay, sure, I guess rampaging with a Rambo superfan could be a next step”. The throughline is chaos.

The fact that these crossover missions are free does help somewhat—it’s easier to take a chance on something silly when you know it’s not going to leave you out of pocket. Overall, Far Cry 6’s post-launch plans seem to strike a pretty decent balance between free and paid content and it looks like players will have plenty to keep them occupied long after they liberate Yara.

Of course, to get to post-launch content you actually have to get to launch first. Fortunately, there’s not long to wait as Far Cry 6 will release on October 7, 2021 for PS4, PS5, Xbox One, Xbox Series X|S, Stadia, and PC.