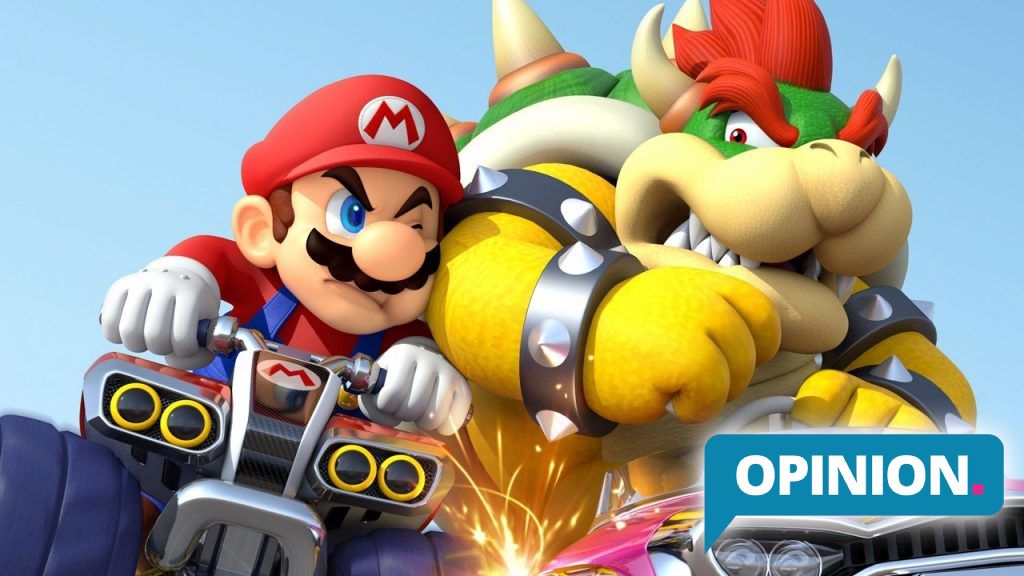 Mario Kart 8 Deluxe is undoubtedly one of the best Nintendo Switch games of all time. In fact, I’d go as far as to say it represents the pinnacle of Nintendo’s long-running racing series. It’s simply that damn good.

It’s accessible to players of all ages, still looks absolutely fantastic to this day, and is universally adored by almost anyone who has ever played it.

The game continues to sell millions of units every year, a feat made all the more impressive when you remember that Mario Kart 8 Deluxe is nothing more than a straightforward port of the Wii U title which was released in 2014, albeit with all previous DLC and a revamped Battle Mode included.

From April 2020 to March 2021 alone, Nintendo shifted 10.6 million copies of the game, which shows there’s still an incredible appetite to see Nintendo’s cast of beloved characters skidding around a track driving go-karts and bikes.

And yet, even though Mario Kart 8 Deluxe has sold a staggering 37 million copies to date (that’s more than Animal Crossing: New Horizons, by the way) for some inexplicable reason, Nintendo isn’t capitalizing on the game’s commercial success and widespread appeal.

Stalling at the start line

Nintendo quickly tossed Mario Kart 8 Deluxe aside shortly after launch – just like when you get a banana peel in sixth place when what you really need is a mushroom or three red shells.

Yes, the Deluxe version came with some pleasing additions, such as the aforementioned (and much-needed) Battle Mode refresh, the ability to carry two items at once, and new characters like my boy King Boo. But support for the game has been practically non-existent ever since. I can only remember a Breath of the Wild outfit and bike being added for Link in terms of genuinely new content post-launch.

Instead of keeping Mario Kart 8 Deluxe relevant, Nintendo has spent its time and resources nurturing Mario Kart Tour, the mobile game which was released in 2019. It’s just dropped a new trailer for the game’s ‘Sydney Tour’, which will let players race as a kangaroo-themed Yoshi and Koala Baby Mario. And yes, they look adorable, but why aren’t they in Mario Kart 8 Deluxe? Surely an injection of new cosmetic skins wouldn’t be too costly on Nintendo’s behalf?

While the free-to-play mobile market is always a lucrative option, something which the success of Fire Emblem Heroes proved with eye-watering certainty (it’s earned Nintendo over $656 million) Mario Kart 8 Deluxe is still a gold mine brimming with untold riches.

Remember, 37 million copies have been sold, so even if new DLC is only purchased by 10% of people (if we take that number at face value), that’s still an audience of 3.7 million that Nintendo is leaving untapped.

So what can Nintendo do to make Mario Kart 8 Deluxe the shining star of the Switch’s library? Well, the first thing is incredibly obvious: make some new DLC – and stat. Some new tracks would instantly generate more interest in the game, and encourage older players back into the fold.

Heck, I’d even settle for some new racers. I mean just look at the excitement that surrounds every new Super Smash Bros. Ultimate character reveal: why isn’t Nintendo doing the same thing for Mario Kart 8 Deluxe? Where is Samus? Why isn’t Birdo back in the fray? It’s downright criminal that I can’t race around as Kirby, either. Come to think of it, how come we haven’t got any dedicated Mario Kart amiibo?

Stuck in the pits

The wait for some new Mario Kart 8 Deluxe seems inexcusable, and unfortunately, Nintendo seems to be doing everything it can to squander the game’s potential. By adding some new content, it could keep players happy and make some serious cash and in the process.

I’m tired of racing (and winning) on the same old tracks, and with Mario Kart 9 still nothing more than a warp pipe dream at this point, it’s only right that Nintendo gives Mario Kart 8 Deluxe the attention it deserves.