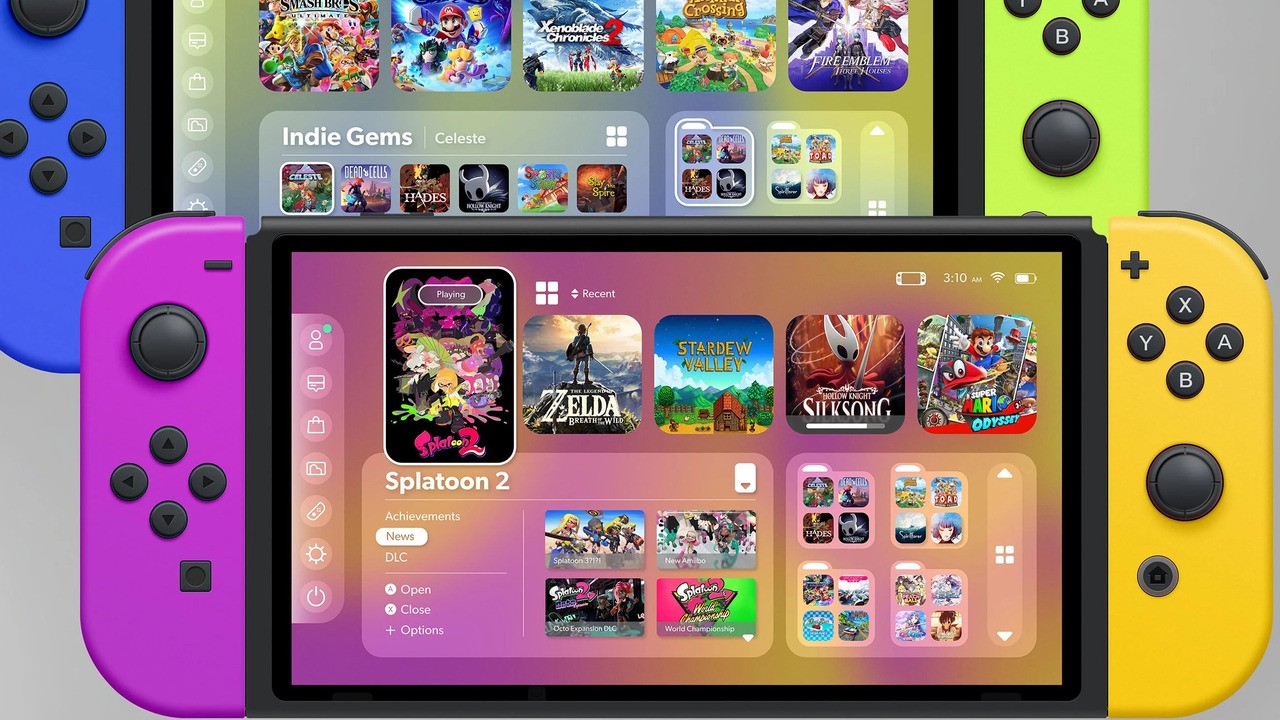 Update [Sun 19th Sep, 2021 11:00 BST]: The same Reddit user ‘porcorousseauu‘ has now taken feedback on board and revised their Switch UI redesigns. Here are the results:

Original story [Tue 7th Sep, 2021 01:30 BST]: Since the arrival of the Switch, users have been calling for Nintendo to enhance the interface of the hybrid system. One of the top requests is the addition of folders, but apart from this, fans would also like to be able to change background colours and even replace them with wallpapers.

Although there’s no sign we’ll be getting any of this in the future, that hasn’t stopped some fans of the Switch from imagining what the device’s UI could potentially look like if Nintendo was to freshen it up. The latest redesign by Reddit user ‘porcorousseauu‘ appears to draw at least some inspiration from the UI on Apple’s mobile and tablet operating system, iOS.

As you can see there are transparent menus, curved edges, colourful backgrounds and folders, too. There’s even a makeover of the Switch eShop. While this obviously isn’t the first time we’ve seen Switch redesign, it’s certainly a unique take compared to a lot of previous mock-ups.

Would you like to see Nintendo update the Switch UI? What do you think of the above concept? Tell us down below.

Street Fighter 6’s second closed beta throws down on December 16th
World Of Warcraft: Dragonflight is about to flap out
Amazon’s Fallout TV Series Will Tell an Original Story Set in the Same Universe as the Games
Nvidia Is Reportedly Ending Production of Its Most Popular Turing GPUs
Talking Point: What Are You Playing This Weekend? (November 26th)