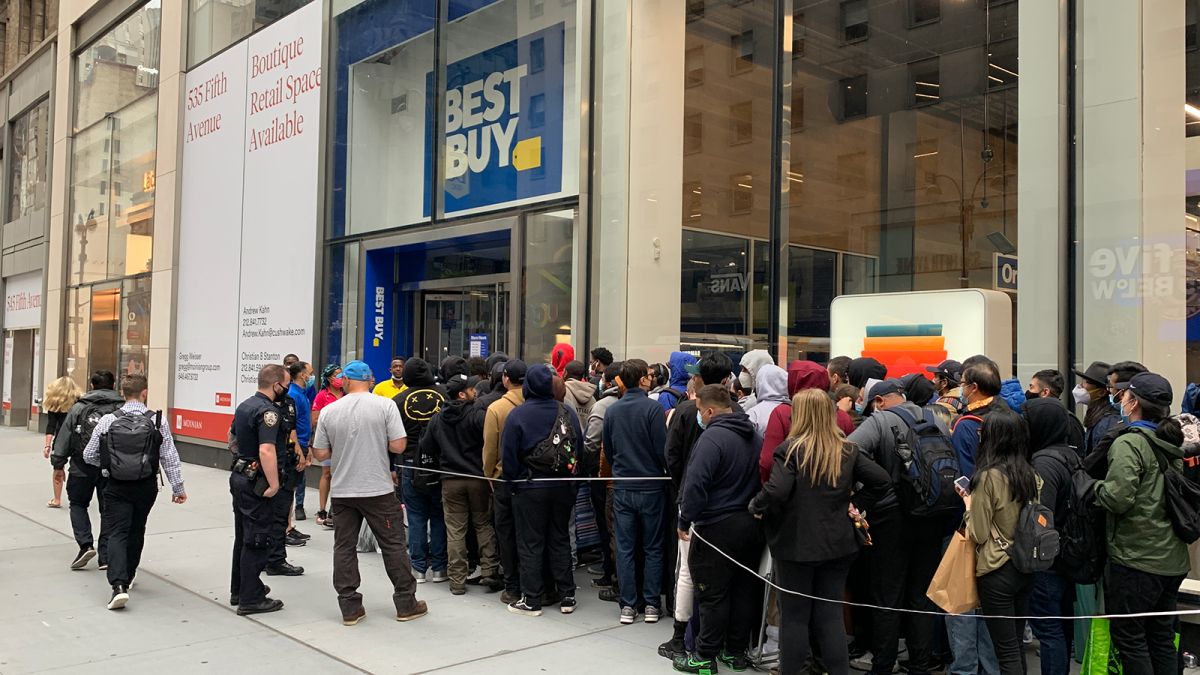 Exclusive: The next PS5 and Xbox Series X restock at Best Buy will happen in stores on Thursday, according to the exclusive sources of PS5 and Xbox restock Twitter tracker Matt Swider, who will send you alerts when consoles are in stock in the US – if you follow his Twitter account and turn on notifications. This is big news. It’s the first time in 2021 a major non-club retailer in the US has had PlayStation 5 on sale in stores, and we have proof that it and Xbox Series X are being stocked at Best Buy locations for September 23. Multiple retailer sources, including those who shared internal inventory screens with us, are expecting more than 50 consoles per store.

Here’s how to know when the next PS5 and Xbox restock will happen:

How to buy a PS5 restock

► When? Follow our PS5 and Xbox restock Twitter tracker Matt Swider and turn on notifications for instant restock news. It’s the fastest way to get PS5 and Xbox stock updates.

► Never buy from other Twitter users – ever. They’re all scams. Only buy from the US stores Matt alerts you about. No one will sell a PS5 or Xbox for just $550.

► How to get the email invite? Sign up for Matt’s Monday newsletter to find out how to open yourself up to Sony’s email invite list. He details the steps weekly (on Monday mornings).

The last PS5 restock date at Best Buy was August 12, which was 38 days ago, as of Sunday, September 19. This gap came after the retailer had almost weekly stock of the Sony console, fooling everyone into thinking Best Buy restocked every week. It’s been ever longer since it has sold Microsoft’s Xbox Series X if you don’t count the Halo Infinite-themed console, last selling the regular Xbox Series X on July 14.

It turns out, shipments of both consoles started filtering into stores late last week. This is a switch from how it worked before: Best Buy would normally hold PS5 and Xbox at regional warehouses and ship to stores only after online purchases were made. That’s why customers, after ordering online, picked up their consoles three to five days later in Best Buy stores. There was transit and processing from when it went from warehouse and to store.

This week, with consoles being stockpiled in stores, that closes the gap, so you won’t have to wait those three to five days for your pickup. If the purchase happens in person, it makes it harder for bots to scoop up the PS5 and Xbox console inventory from Best Buy’s vulnerable online ordering system.

How to buy PS5 and Xbox from Best Buy this week

Best Buy’s order system made it the most frustrating store when trying to buy a next-gen console. Its directions were never clear (“We’re having everyone go through one more step” without telling you that the one more step is just to wait without refreshing the page. Oops.). Bots didn’t have any problem with this: reseller bots were able to open multiple windows, dive into page source code and determine the best page with the lowest secret queue timer to scoop up and checkout with hundreds of consoles. The add-to-cart odds weren’t in your favor.

So how will it work now? Follow PS5 and Xbox restock tracker Matt Swider for the latest updates because we’re still hearing about how Best Buy is arranging things.

Our sources indicate that it will mimic how Best Buy restock Nvidia GPU cards three times over the summer. Select Best Buy stores will have stock of PS5 Disc, PS5 Digital and Xbox Series X. One of the stores we checked in with had just over 50 of PS5 Disc and Xbox Series X, and we’re told by other stores that seems like a low number compared to stores in major metropolitan areas.

Will Best Buy ship consoles? Can I buy it online?

First, no, Best Buy will not ship the PS5 and Xbox Series X consoles to your doorstep. That hasn’t happened in 2021 at the retailer, and we don’t expect things to change any time soon. Best Buy already has enough problems with bots given its vulnerable ordering system, so not having people show up to claim their console would be even more problematic.

Second, there’s been talk of a revamped online ordering system to buy the PS5 and Xbox and then claim it in person in stores, but our sources don’t have that information so far, at least not for Thursday, September 23. This is why we’re asking people to follow Matt Swider for alerts, in case the online system happens in time, saving you from camping for a PS5 or Xbox for hours.

If Best Buy went down this route, it would act more like Target with same-day pickups, which does make sense since the three- to five-day wait to ship consoles from warehouses would be flattened given the fact that TechRadar can confirm that consoles are in stock in the backrooms of Best Buy stores right now.

But right now, we’re being told that people will have to wait in line early in the morning, like so many did for Nvidia GPU restocks. If that information changes, we’ll update this article and notify you on Twitter.

Attention, Best Buy shoppers: be careful what you wish for

No more resellers and bots, right? It seems great at first blush, and everyone who gets shut out of Best Buy PS5 and Xbox restocks asks us why they’re not held in person.

Here’s the reason: it’s no better. Each time we’ve attended a Best Buy restock of GPUs (remember, it hasn’t had the PS5 and Xbox Series X on sale in stores in 2021, which is why this is big news), there’s pure chaos, as evidenced by our PS5 restock and Xbox Series X restock tracker tweet below:

For some parts of the United States, things go smoothly. For others, like New York City, resellers showed up, planted themselves first in line and bought all of the inventory – it was pre-sold on StockX or eBay, too.

Through our on-the-ground reporting, we identified the first person in line who actually wanted the coveted RTX 3080 (the most popular graphics card on sale at Best Buy that day) for gaming purposes. They for No. 20 in line and had a chance.

Moments before the first paper tickets were being handed out by Best Buy managers, that No. 20 in line became No. 40 in line due to last-second line jumpers – “friends” of the people waiting it out in the front of the line who claimed to have always been there. It turned into a chaotic scene that was not only unfair (an 11-year-old cried) but involved a lot of pushing, shoving and shouting.

The profit margins on the PS5 and Xbox Series X are big, but not as big as Nvidia GPUs. So we’ll have to see how this Best Buy in-store restock goes when it comes to ensuring everyone gets their console of choice fairly and safely.