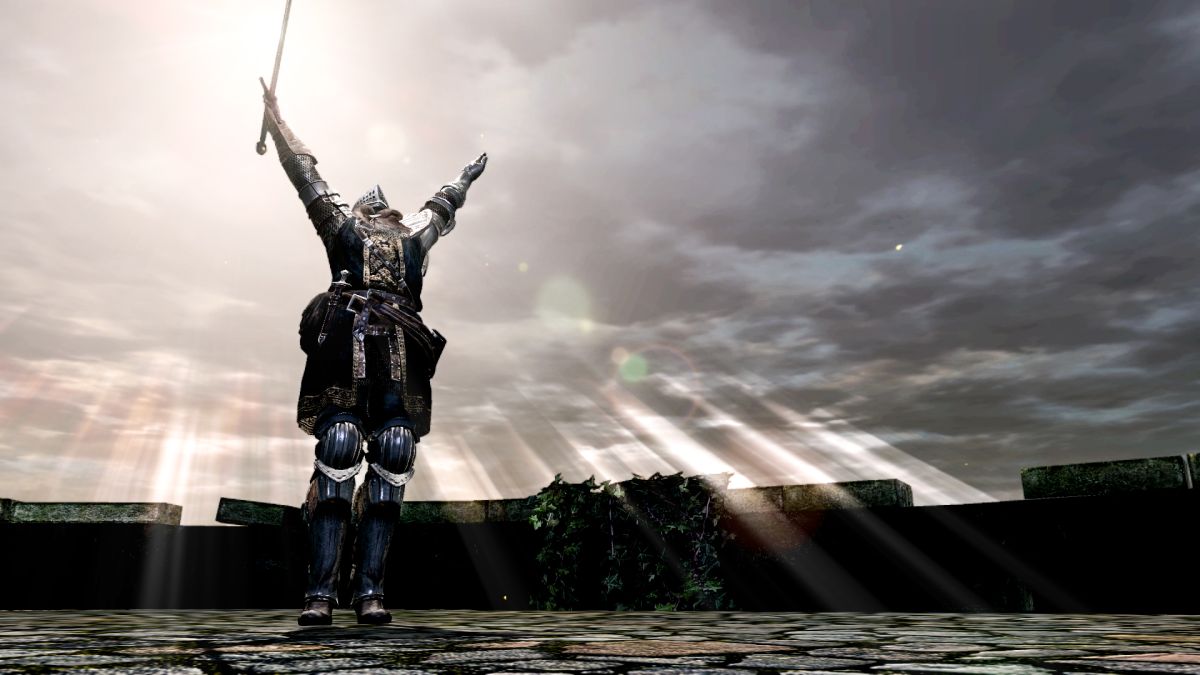 It’s quite hard to believe that Dark Souls is now a decade old. A true modern classic, this 2011 action-RPG reintroduced mainstream audiences to a devilishly old-school level of high difficulty, replete with danger-filled areas and monstrously hard boss encounters.

Developer From Software had been around since the mid 90s, pumping out ambitious, weird and ambitiously weird titles like the Armored Core and King’s Field series alongside cult classics such as Metal Wolf Chaos and Chromehounds. However, it was arguably 2009’s Demon’s Souls that truly put the company on the map, before Dark Souls propelled it to household name status.

Following Dark Souls’ monumental success, From Software has since made a name for itself developing hardcore action-RPGs, including two Dark Souls sequels alongside Bloodborne, Sekiro: Shadows Die Twice and the highly anticipated Elden Ring.

However, it’s difficult to say if any of that would’ve been possible without the transformative effect Dark Souls had. To this day, it’s still one of the best and most fondly remembered games in From Software’s back catalog. So to celebrate the game’s 10th anniversary, let’s reminisce on some of the most iconic bosses that pushed our skills to the absolute limit.

While it’s not the first boss Dark Souls throws at you, the Capra Demon represented the game’s first big roadblock for many players. And the strangest part is that the boss itself isn’t overly difficult. Rather it’s the arena you fight in and the company it keeps.

Upon stepping through the fog wall into the Capra Demon’s den, you have mere milliseconds to react to a pair of undead hounds that immediately charge toward you. That initial shock is usually backed up by the boss itself performing a deadly lunging attack that will deplete most of your health bar.

If you managed to survive that brutal introduction, you’re then made keenly aware of just how tiny the Capra Demon’s arena really is. In essence, it’s a rectangular box with a set of stairs off to the side, which you can use to great advantage by running off to perform a jumping attack on the boss (while hopefully taking out one or both of the hounds in doing so).

The Capra Demon certainly isn’t the hardest boss in Dark Souls, but it is a grim introduction into how the game’s level design can often serve to make bosses tougher than they need to be.

After besting the Capra Demon and trawling through the miserable Depths, you’re met with one of the most grotesque creatures in the entire series. The Gaping Dragon is enormous, and can easily knock you off your feet with its claws, tail and exposed ribcage.

The Gaping Dragon was best dealt with by sticking to its rear, while attempting to chop off the tail to minimize the risk of getting hit. It’s not a foolproof strategy, however, as the creature possesses an ability to literally vomit corrosive bile which spreads to cover a substantial portion of the arena.

Players needed to be sufficiently leveled up for this boss fight, as the Gaping Dragon’s health bar is as large as the creature itself. The boss does telegraph its attacks quite generously, which gave you a decent amount of time to avoid them, but one slip-up was usually all it took for players to be sent back to the bonfire.

You’ve just descended through the treacherous Blighttown, one of the trickiest areas in the entire Dark Souls series, and trudged through the toxic swamp at its base. What’s waiting for you next is a fire-breathing human/spider hybrid. Yeah, it’s not the prettiest place to be.

Arguably the most difficult boss at the point in the game you fight her, Chaos Witch Quelaag guards the second of two Bells of Awakening needed to progress through to Dark Souls’s second act: the trap-filled Sen’s Fortress and the glistening city of Anor Londo beyond.

Quelaag’s regular attacks aren’t too much of a pain to avoid, especially if you’ve gotten better at evading attacks thanks to your dodge roll’s invincibility frames. However, her ability to breathe fire and spread lava across the floor of the arena can greatly diminish the areas you can safely move in. And without decent fire resistance, these attacks can chew through your health in no time flat.

A boss that’s as challenging as it is utterly heartbreaking, the fight against Sif taxes the player on so many levels. Sif wields the greatsword of his former master, whose grave he appears to be protecting from you.

This means that you should expect big, sweeping attacks that cover a deceptively large part of the arena, and knowing how to effectively dodge through attacks was key to victory in the fight against Sif, as his attacks with the greatsword drained tons of stamina when blocked with a shield.

However, arguably the most harrowing part of the fight against Sif was in having to put the poor dog down. When his health is extremely low, Sif’s attacks become almost listless, and he starts limping helplessly around the arena. The scene is made even more impactful if you complete Dark Souls’ DLC expansion before fighting Sif, as the content gives you an opportunity to rescue Sif in the past, when he was just a wolf pup, something he remembers when he meets you again in the future.

It’s a tragic sendoff to one of Dark Souls’ coolest bosses, and its goodest boy.

The guardians of the radiant city of Anor Londo, Ornstein and Smough represent one of Dark Souls’ hardest challenges, and arguably its most iconic. Ornstein attempts to pin you down with his lightning spear and quick movements, while Smough charges in with his devastating hammer. Together, the pair make a brutally effective team while you’re left scrambling for even the tiniest window to heal or get just one attack in.

When you do manage to take down one of these titans, however, the fight’s far from over. Progressing into phase two, the surviving warrior will drain the life force of the other’s remains, greatly powering themselves up in the process. If Ornstein is the remaining fighter, he’ll grow absurdly large and his attacks become even more powerful. If it’s Smough, his attacks are imbued with the lightning that made his partner such a threat.

Taking down both Ornstein and Smough is no small feat, especially if you manage to do it on your own with no players summoned for co-operative help. The pair don’t go down without a serious fight, though, effectively gatekeeping Dark Souls’ final act and one of its most useful items: the Lordvessel, which lets you warp between certain Bonfires.

Gravelord Nito, the lord of the graves. Now there’s a title that commands respect. And as a boss fight, he’s no slouch, either. You fight Nito in the innermost depths of the Tomb of the Giants, and his appearance leaves a lasting impression. Essentially a mass of skeletons cloaked in a black robe, this boss’s giant sword is also (predictably) made of sharp bones.

Nito’s got more tricks up his sleeve than just that bony sword, though. He can use area-of-effect dark sorceries to keep you at a distance, while also summoning skeleton soldiers to do his dirty work for him.

While Nito’s ghastly cool appearance is certainly his most iconic trait, the boss is very good at countering melee-based playstyles, meaning that you might have to even the odds with your own sorceries or pyromancies if you have any.

In what would become something of a series tradition, the final boss of Dark Souls isn’t actually its hardest, but it’s certainly its most poignant, thanks in large part to the melancholic piano melody that plays throughout the battle.

As the Lord of Cinder, Gwyn expectedly throws out fire-based attacks, most of which are with his flaming sword. But he’s also got a nasty grab attack that can ruin your attempt if you don’t give him the respect he’s due.

Gwyn doesn’t go down easy, but when he does, the fight becomes a reflective capstone on your journey through the dreary world of Lordran. The final threat has been toppled, and all that’s left to do is sacrifice yourself to continue Gwyn’s legacy, or snuff out the First Flame for good, ushering in a new Age of Dark.

There’s a decent amount of bosses in the Artorias of the Abyss DLC for Dark Souls, most of which are stunningly difficult, hugely impressive set pieces. But it’s perhaps the DLC’s namesake that provides the most memorable challenge not just in the expansion, but arguably the entire game.

Consumed by the Abyss, Artorias is ruthlessly quick on the draw, giving you barely any downtime between his onslaught of high-damage attacks. In fact, with such little time to attack or heal yourself, the Knight Artorias boss fight demands near-perfection from the player, a huge reason as to why the DLC shouldn’t be tackled until you’re much further into the game.

Artorias himself exacerbates the whole process at half health, when he begins to desperately unleash everything he has to send you hurtling back to the last bonfire you rested at. Besting the knight is one of Dark Souls’ toughest challenges, but oh-so rewarding when you manage to put him down for good.