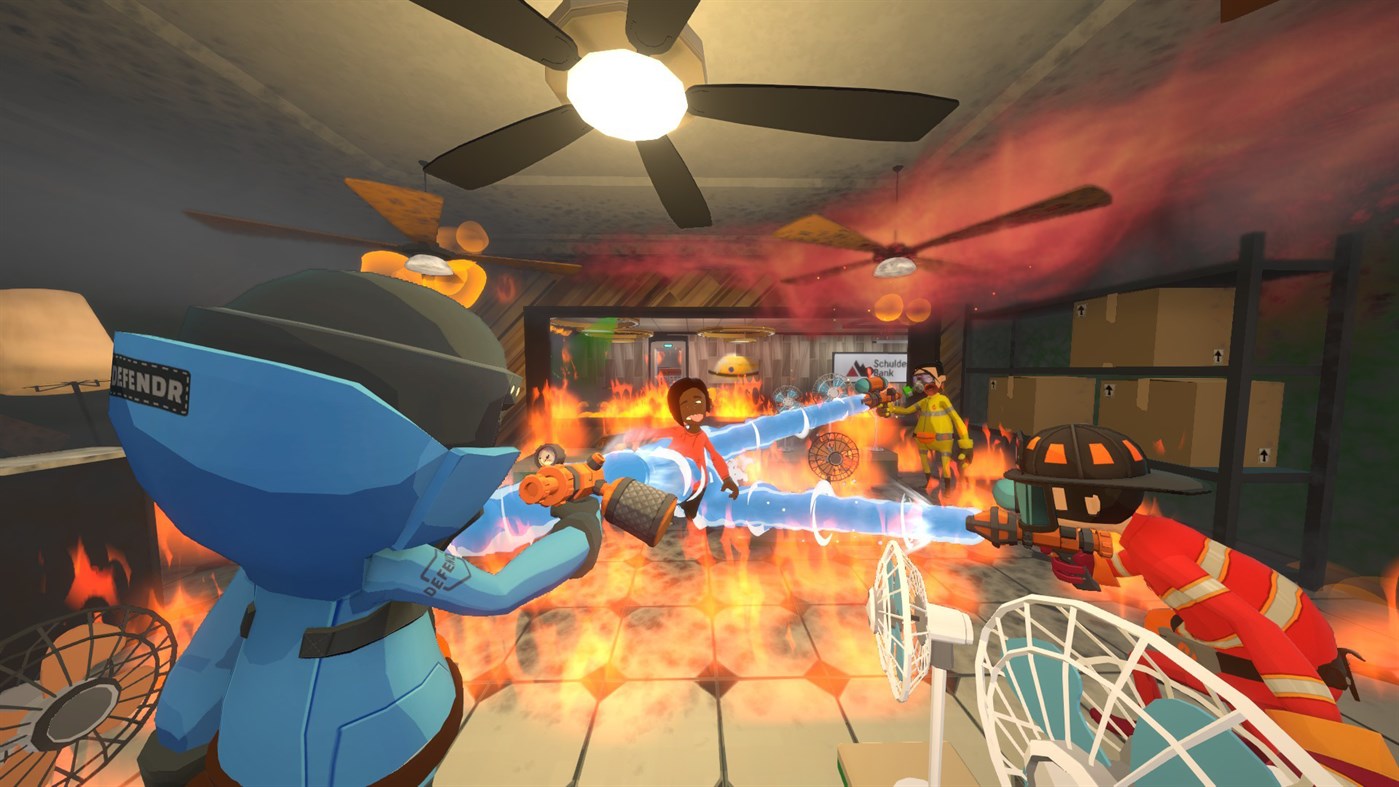 Fancy yourself as a fearless firefighting fiend? One who is able to ignore the heat in hope of saving the kitchen? Embr is here – playable on Xbox, PlayStation, Switch and PC.

Available right this very second – at least until it burns things down – Embr on Xbox One, Xbox Series X|S, PS4, PS5, Nintendo Switch and PC is gamings’ latest attempt at causing chaos in your life, putting you and your firefighting skills to the utter limit.

Coming from Curve Digital, having been developed by those at Muse Games, the doors of Embr are well and truly opened, letting you join the Emergency Services Revolution as you prove yourself as an Embr Respondr.

What this means is that should you cough up the £15.99 asking price will discover the chance to fight fires and save lives, climb ladders, smash windows, save cats and more (disclaimer: we’re not really sure you’ll be saving cats, but if Muse haven’t integrated that into proceedings, they’ve missed a trick!).

With calls of help aplenty and the chance to respond to the most serious of fires either alone or with a mate or two to hand, Embr promises to deliver a fun, frantic, fearsome firefighting experience. And of course, if you fail, you could always head off to Kill it with Fire and utilise the heat instead of keeping it on the downlow.

The key features of Embr are numerous too, sitting at…

So, sold? Wanna become a firefighter with Embr? You’ll find the game available on the usual digital stores, with Xbox One and Xbox Series X|S players able to grab the game from the Xbox Store. Embr is also on PS4, PS5, Nintendo Switch and PC.

Join Embr, THE Emergency Services Revolution, and become an Embr Respondr™ today! Fight fires and save lives while climbing the ladder of success, all within the comfort of flexible working hours. Embr’s mission is simple; bring über firefighting to everyone, everywhere. It’s time to redefine the firefighting service paradigm and give the power to you – the people – and we’ll take care of the pesky paperwork. Everyone should have the opportunity to be a hero, and that’s why with just one simple payment, you can become a Respondr™ today! As an Embr Respondr™️ you’ll answer clients’ calls for help, and bring firefighting directly to their door! Break down doors, clear gas leaks and put out fires – no job is too much for an Embr Respondr™️. Come join us in what leading tech experts are calling the startup of the century, and become the hero you deserve to be.

Street Fighter 6’s second closed beta throws down on December 16th
Google have started issuing refunds for Stadia games and hardware
Hands-on with Divine Knockout, the third-person platform fighter smashing onto PlayStation Plus December 6
The Callisto Protocol – Official Live-Action TV Spot Trailer
Leave it all to chance in The Game of Life 2