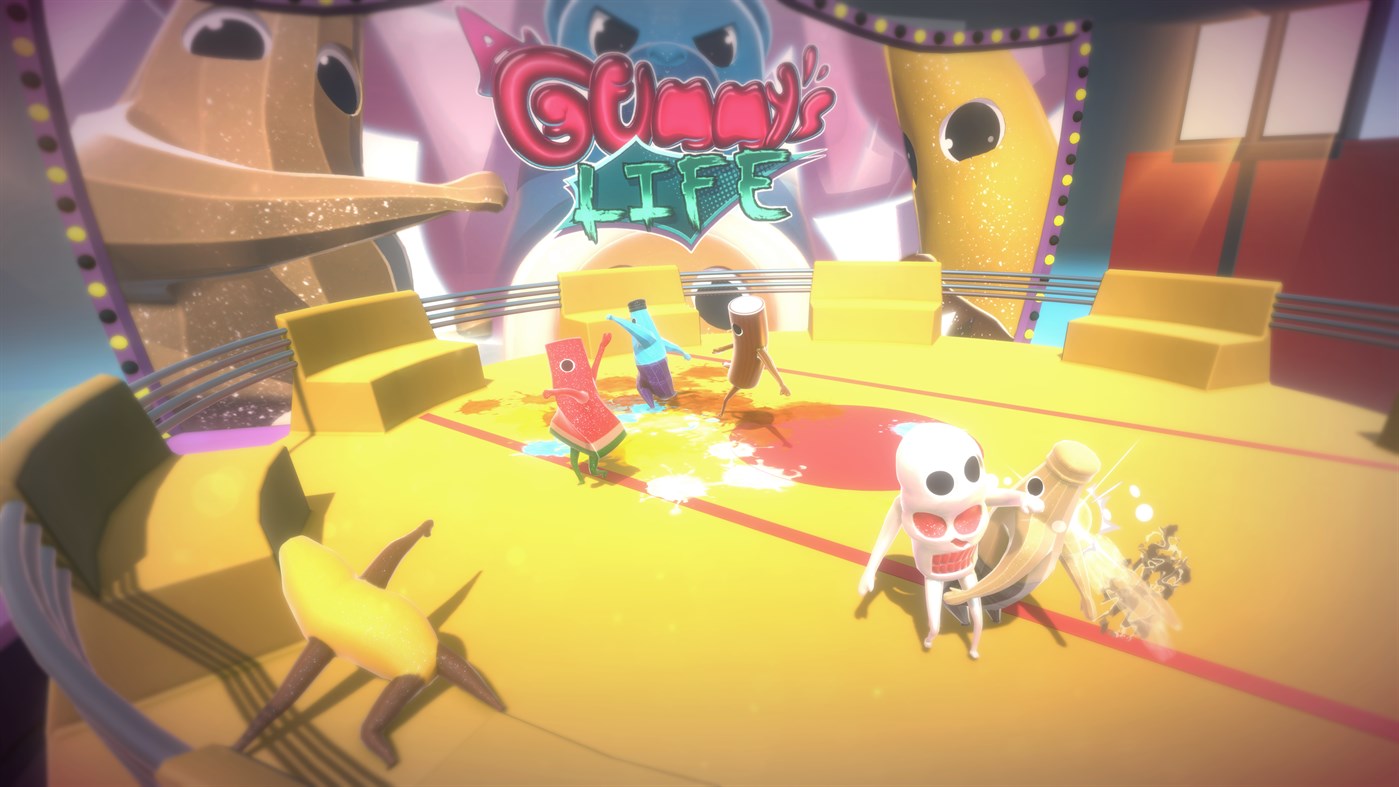 Quite obviously playing on the back of the success of Fall Guys, A Gummy’s Life ensures the sugar hits keep on coming, with launch on Xbox and PlayStation.

Available to purchase and download right now on Xbox One, Xbox Series X|S, PS4 and PS5 – with full next-gen optimisation in the house including 4K visuals at 120fps – A Gummy’s Life has been created by the indie team at EP Games, adding in another bit of multiplayer madness to the already overflowing genre.

It’s priced at £16.24 and in A Gummy’s Life the gummies have been found to come to life (you know, just like the title hints at), going crazy in the process. It’s these little guys that you take control of, helping move them through a variety of environments and areas like the football stadium, a park, a fairground and more, all in hope of being the one gummy who makes it to the end the quickest, getting a huge sugar rush as their reward.

With crossplay present, and the game already available on PC and Switch, whether you are looking to partake in a bit of Hot Potato, King of the Hill, Team Deathmatch or just the Free-For-All mode, A Gummy’s Life should have you covered. When you include the fact that this caters for up to 8 players online or can be played locally with friends, and well, you’ve got the recipe required for those looking for both sweet revenge and the glory of the win.

The key features you need to concern yourself with are pretty hefty too, with all of the following helping this physics based battle royale play out…

Fancy getting involved in A Gummy’s Life? The Xbox Store and PlayStation Store will now be able to sort you out with the download you need, whether that be on Xbox One or PS4, or on the next-gen consoles of PS5 and Xbox Series X|S.

Stay tuned for a full review of A Gummy’s Life on Xbox from us soon too.

Warning! The gummies have come to life… and they have gone fruit loopy! The gummies have invaded the city, they’re everywhere: in the football stadium, the park, the fortress, the fairground, even in the beehive?! It’s impossible to keep your eyes off the relentless free-for-all gummy action with their floppy fist fights and sweet yet savage sucker punches. They say the pen is mightier than the sword, but since gummies don’t have pens, they use their surroundings to terrible effect. And you thought they were so sweet! PICK AND MIX So many gummies to choose from! Choose your preferred flavour and jump into the hilarious wacky battles with friends and family. There can only be one champion so show everyone who rules over the sugar! Its winner takes all and that includes the newly unlocked gummies to play with.

Looking back to the endlessly entertaining Sleeping Dogs
Activision teases Modern Warfare 2’s latest map in an unusual place
Outcast 2: A New Beginning trailer gives us a story background and a look at gameplay
Google is embedding cloud gaming right into its search results
Hogwarts Legacy Release Date Announced, Just Not For The Switch