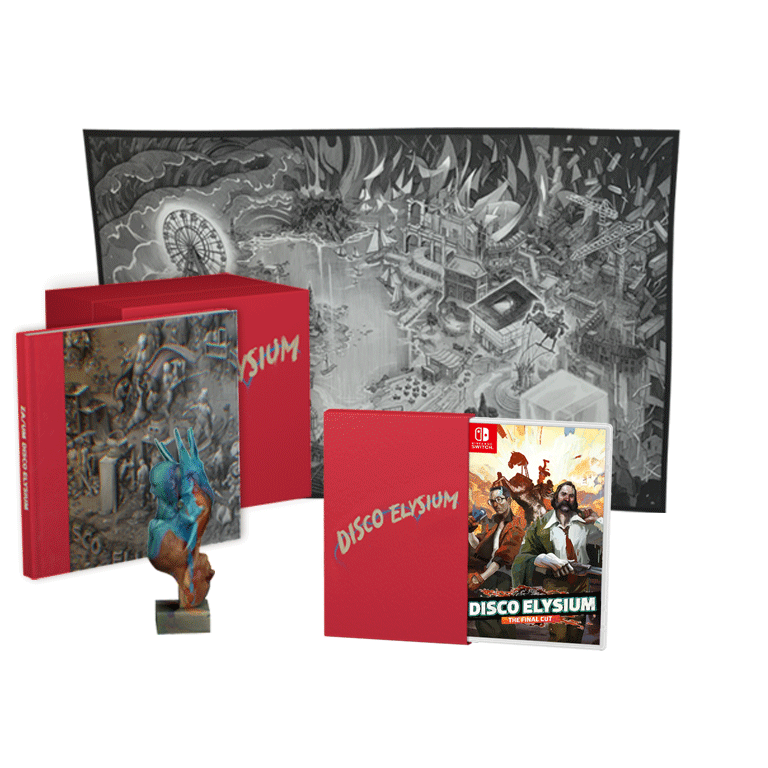 Disco Elysium: The Final Cut,the definitive edition of the award-winning RPG, is finally heading to Nintendo Switch next month.

This is not a port of the game, as it has been “reassembled” for the Switch console. With this edition of the game, you can expect a redesigned user interface, font scaling options, improved legibility across the board, and all quality-of-life enhancements from previous iterations.

In case you are unfamiliar with it, in the game you play as a detective with a unique skill system. You will interrogate characters, deal with murders, or take bribes.

Here’s just some of the features you can expect with the Enhanced Edition:

Out on October 12, the game will release as a digital download and is available for pre-order now for $39.99, or your regional equivalent.

Developer ZA/UM and iam8bit will release a Collector’s Edition of the game in early 2022, and it is also available for pre-order. It will set you back $249.99 and comes with the following:

The game is a real banger, and has won 12 awards. It has three BAFTAs under its belt for best Debut Game, Music and Narrative. It also won the DICE Award for Outstanding Achievement in Story, and the GDC 2020 award for Best Narrative and Best Debut.

It also won four awards at The Game Awards 2019 which included Best Narrative and Best RPG.