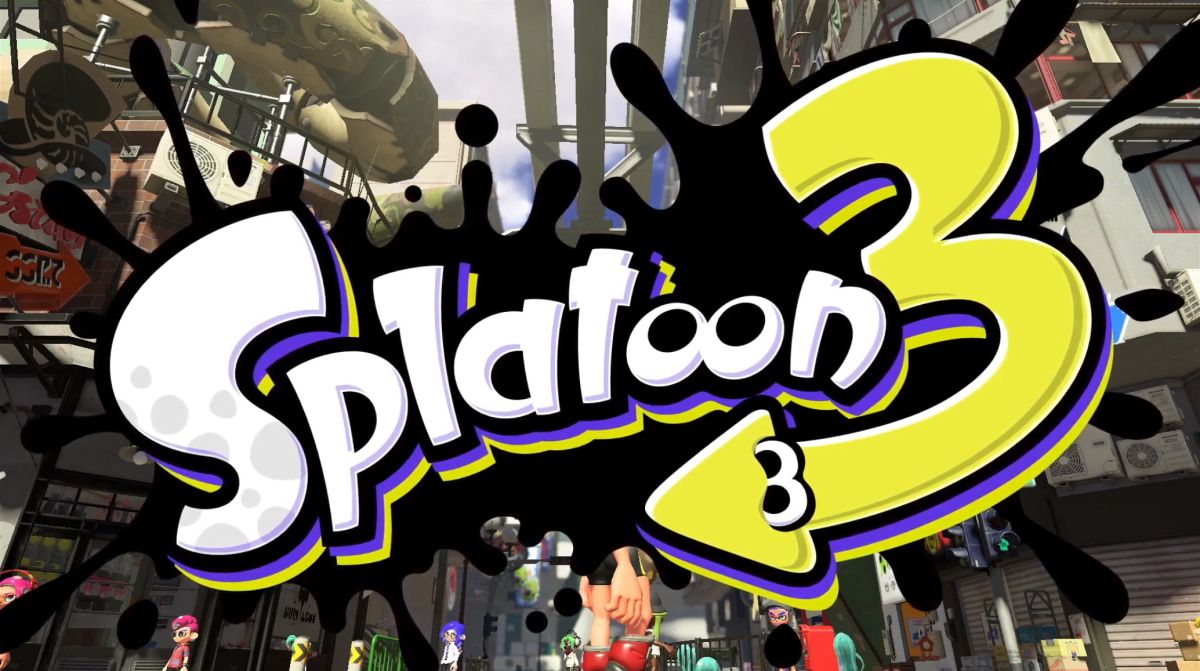 Splatoon 3, the third instalment in Nintendo’s quirky and colorful multiplayer shooter series, is in development for Nintendo Switch and we can expect it to launch sometime in 2022.

The game was revealed to the world in a Nintendo Direct in February 2021, with a trailer giving fans a glimpse at the new setting, the Splatlands, which presents a very different kind of locale from the bustling cities and trippy, otherworldly landscapes associated with previous games.

This departure from the previous games is stark, and has piqued our interest, but it was paired with more familiar elements like a new hub city and the traditional 4v4 competitive multiplayer fans know and love.

There’s still a lot we have to learn about Splatoon 3 but here’s the breakdown of everything we know so far, as well as the things we’d like to see.

[Update: Nintendo won’t be attending Tokyo Game Show so we shouldn’t expect to see an update on Splatoon 3 there. Read on to find out more.]

Cut to the chase

Splatoon 3 will be the latest instalment in the series, dating back to its first entry on the Wii U in 2015 and followed up with Splatoon 2 for Nintendo Switch in 2017. The series focuses largely on multiplayer battles between Inklings – adorable humanoid characters that have the ability to transform into squids to swim through colored ink.

This feature ties heavily into Splatoon’s gameplay. Its flagship multiplayer mode, Turf War, tasks two teams of four players to cover as much of the map as possible with their team’s ink. This is achieved via the player’s loadout of weapons. Keeping with Nintendo’s family-friendly vibe, weapons in Splatoon fire colored ink as opposed to bullets, and can be used to cover the map as per the objective, or to temporarily incapacitate your opponents.

Splatoon’s got quite a fun assortment of weapons, as well. From the rapid-firing Splattershots to a literal giant paint roller, each weapon comes with its own build of sub-weapons and powerful special weapons. Splatoon 3, judging by the trailer, looks like it will be adding a few more to the pile, with a huge bow taking center stage that looks like a ton of fun to mess around with.

Turf War is great, fast-paced fun as each team battles to claim as much of the map as possible while also keeping opponents at bay. Players can freely swim through their own team’s ink for faster traversal and surprise attacks. On the other hand, your opponent’s ink will slow you down drastically as well as damage you over time. Rounds typically last for three minutes, making each match a frantic scramble as the music intensifies towards the end.

4v4 multiplayer isn’t the only card up Splatoon’s sleeve, however. Each game boasts other substantive single and multiplayer modes. There’s a story that familiarizes players with various weapon types while providing obstacle courses to traverse (and unique enemies to fight).

Splatoon 2 bolstered the series’ available modes even further with Salmon Run, a co-operative horde mode where players work together to fight AI-controlled waves of enemies. This was later joined by the Octo Expansion DLC, a massive and challenging single-player mode loaded with extra missions and boss fights.

We expect Splatoon 3 to include the same kind of feature set in regards to its modes, and it may have a few new tricks of its own to show off as well.

The announcement trailer gave us an idea as to when we’ll be able to add Splatoon 3 to our game collection. The game is slated for release in 2022, but a more concrete date hasn’t been given as of yet.

Splatoon and Splatoon 2 had worldwide release dates of May 2015 and July 2017 respectively. So it’s possible we could also see a late Spring to early Summer release date for Splatoon 3 in 2022.

Nintendo has said it wants to release more info about Splatoon 3 before the end of 2021 but the game wasn’t present during the company’s presentation at E3 2021 so when we might see more remains unclear.

The Splatoon 3 announcement trailer gave us our first look at the upcoming game. It opened with what looks to be the initial customization phase of your playable Inkling and their “buddy,” which appears to be a Salmonid – prominently featured as enemies in Splatoon 2’s Salmon Run mode.

Interestingly, previously gendered options (players could choose to be a boy or girl Inkling) appear to be gone. Familiar options of hairstyles, eye color and legwear remain, but it looks like Nintendo is doing away with making players choose one of two genders. This is a definite plus in terms of inclusivity, and allows players to access hairstyles that were previously gender-locked.

From there, the trailer leads into what looks to be a brief glimpse at a single-player mode. Our Inkling makes their way through a post-apocalyptic, arid landscape, and it looks like someone suplexed the Eiffel Tower, as the ruined structure is half-buried upside down in the earth. The Inkling then boards a train before they find themselves in Splatoon 3’s new hub city of Splatsville.

The trailer closes out with a look at Splatoon’s familiar competitive multiplayer, which looks largely unchanged barring some new weapon types and a new way to enter an arena at the start of the match.

No Tokyo Game Show for Nintendo

If we are going to see more from Splatoon 3 it likely won’t be as part of the Tokyo Game Show as Nintendo has confirmed in a Tweet from the official company account that it won’t be in attendance this year. The company has said that its only involvement will be co-operating to exhibit indie games from other companies.

Rumors of a September Direct

Nintendo isn’t attending the Tokyo Game Show but there are rumors that we could still get a Direct in September. Nintendo Insider Samus Hunter speculated back in July that, “there is a Nintendo Direct scheduled for September, around the time WarioWare launches”, and has since said that they expect the Direct to take place “the week after” WarioWare’s launch, making it the second week in September.

Samus Hunter wasn’t able to give an exact list of what will feature in the Direct but they did address possibilities. When it comes to Splatoon 3, Samus Hunter previously said that “if plans for Splatoon 3 don’t change, marketing for the title should begin around that time.” More recently, they said that we “might” see an update on the game in the next Direct, though that’s no guarantee.

SPLATOON 3 and TRIANGLE STRATEGYGiven that is planned to be released before the Fiscal Years, we might get more news in the next direct.Triangle Strategy is in a similar position.September 4, 2021

Of course, Nintendo hasn’t revealed any plans for a Nintendo Direct yet and anything that comes from an unofficial source should be taken with a pinch of salt.

After Splatoon 3 didn’t make an appearance at E3 2021 as many hoped it would, Nintendo has broken its long silence around the game to reveal some new art. Posting through the official Nintendo of America Twitter account, the Splatoon team wished players a happy summer with the image which, while not revealing much, is a nice reminder that work on the game is still ongoing. Given it wasn’t an announcement of a delay, it could be taken as a sign that Splatoon 3 is still on track to hit that 2022 release window.

Whether you’re basking in the sunny vibes or just trying to beat the heat, happy summer wishes from the #Splatoon3 team! pic.twitter.com/6LuBxM6ELVJuly 14, 2021

Splatoon 3 hiring a level designer to integrate ‘existing’ stages
Nintendo linked a job opening for a Splatoon 3 level designer via their Japanese Twitter account. Spotted and translated by Twitter user OatmealDome, the job description looks to have some interesting responsibilities.

The job of the Splatoon 3 level designer calls for mostly typical fare, including placing stage objects and balancing attributes for weapons. However, more interesting is another responsibility that calls for renovating ‘existing’ stages.

This could be taken a number of ways. It’s possible that Splatoon 3 could be bringing back stages featured in the first two games, albeit with various twists and changes thrown in. When you think about it, this would make a degree of sense. Following Splatoon 3’s theme of chaos, we might witness stages reimagined in this image, potentially looking dilapidated or at least significantly altered.

However, this could just mean that the new level designer will be looking over new stages developed for Splatoon 3, and just polishing them up for release.

If the former is true, though, we don’t yet know if these stages will be variants on single-player or multiplayer maps. Remixed, harder versions of story missions we’re familiar with sounds appealing, but would Nintendo get a pass for recycling old content?

More likely is that the stages in question are from Splatoon’s multiplayer suite. We can think of a number of fan favorite stages that would look great with a more chaotic makeover. Reusing stages in this way isn’t unprecedented, either. Splatoon 2’s story mode carried some maps over from its multiplayer for certain missions, giving them a slight visual overhaul in the process.

There’s many things Splatoon 3 can do to improve on its predecessors. While Splatoon 2 was a solid follow-up to the original with fun new modes to offer, it felt iterative, almost like it was made to keep up appearances on the Nintendo Switch. Not necessarily a bad thing, considering Splatoon 2 is the 9th best-selling Switch game to date, but we feel like Splatoon 3 could do so much more.

Matchmaking
Firstly, there’s genuine improvements that Splatoon’s matchmaking absolutely needs. Chief among them is being able to more reliably play with friends. If you can believe it, both Splatoon and Splatoon 2 did not allow players to queue into multiplayer matches with their friends in online lobbies.

Splatoon 2 introduced League Battle which did let players enter with premade groups, but confusingly, the mode was only available at certain times. In both standard and ranked play, it was impossible to play with friends outside of randomly running into them online.

The only way for friends to play with each other was via local play, or in private lobbies against one another. Splatoon 3 absolutely needs to address this. When every other multiplayer shooter on the market lets us team up with our friends, Splatoon has no excuse.

Axe time-limited modes
Speaking to the limited time aspect of certain modes, we’d love it if Splatoon 3 shied away from this practice. This was present for League Battle and Salmon Run in Splatoon 2, the latter being one of the best modes the series ever introduced. It was only available on certain days for a few hours at a time.

Nintendo should be incentivizing players to access modes like this whenever they want – it keeps us playing longer and ultimately get more enjoyment out of the experience.  Splatoon is an incredibly fun series – Nintendo shouldn’t be looking for ways to make it less so.

A better single-player mode
Splatoon 3 could use more substantial single player offerings. What’s present in Splatoon and Splatoon 2 is nice, but the base game story modes are very short, with little reason to revisit them bar some extra collectibles here and there.

As a result, the world beyond Splatoon’s hub cities looks to be in dire straits. The series has already established that it takes place in a post-humanity world, so Splatoon 3 has every opportunity to explore the mess us humans left behind.