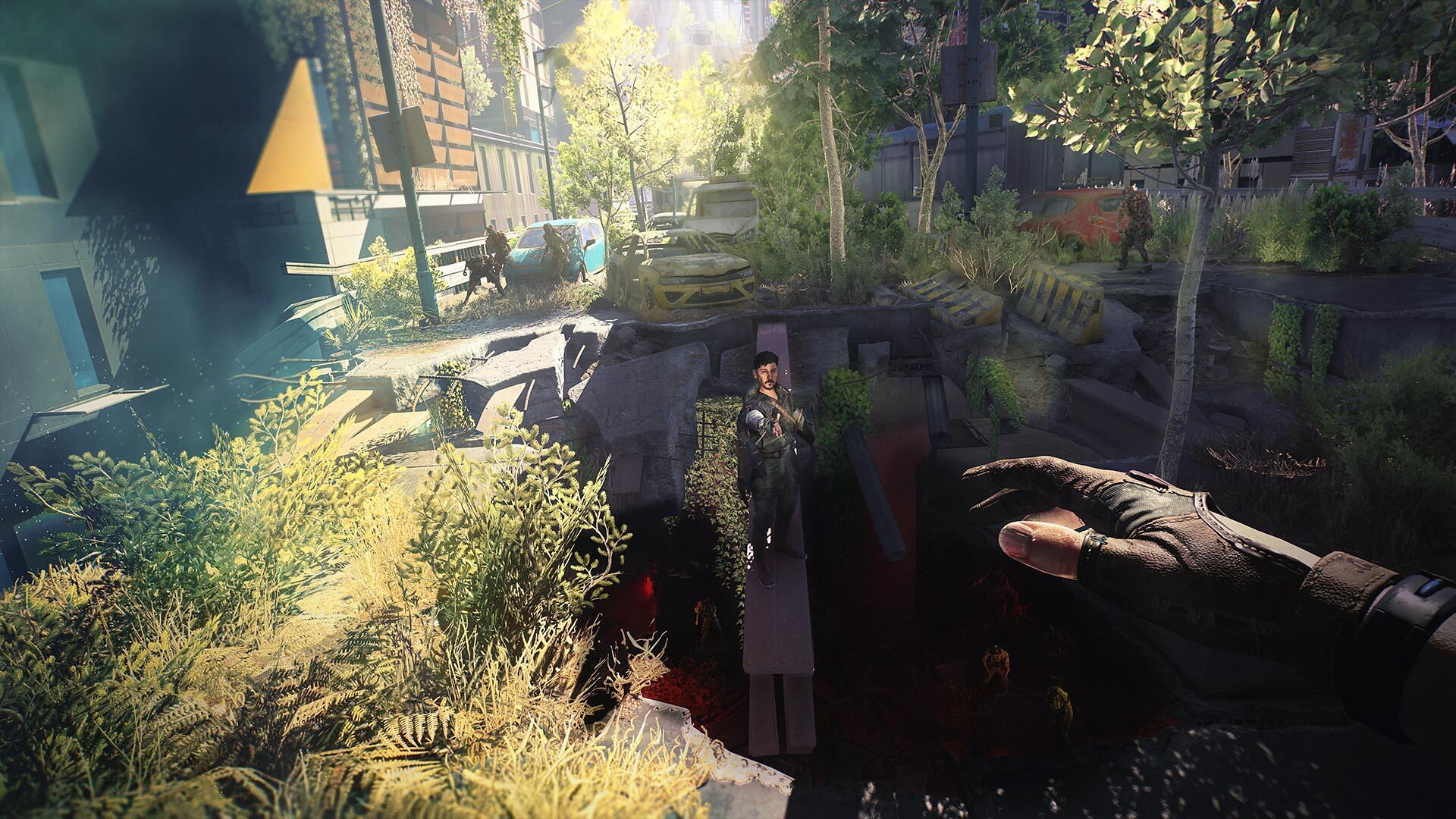 February 4 is approaching fast, so why don’t we explore The City a little bit more before jumping right in? The vast open world of Dying Light 2 Stay Human certainly has many secrets, and it’s time we revealed some of them. Today, let’s take a look at The City’s unique infrastructure, find out how we can bring it back to life, learn more about the music we’re going to hear there, and… meet somebody special.

Though Villedor’s hayday is far behind us, the remnants of the old civilization are still there to remind you of what The City once looked like. Long non-functional subway stations, a TV tower, or an abandoned container ship are only examples of what you’re going to find. And though many of these elements have lost their original functions, people still find ways to use them to their advantage. As they want to restore at least some aspects of what used to be their normality, their creativity turns old into new, and inspires you to do the same.

So while exploring The City, you may stumble upon a man who’s created a post-apocalyptic, analogue version of a dating app, or even an opera singer who’s performing her arias among the ruins. But Villedor’s beautiful past is also visible in other, much smaller things, such as pieces of old newspapers, records of The City’s Mayor’s speeches, posters, books, audio cassettes, and other relics you’ll find if you take your time to explore the world. And it’s worth looking, as these things are full of details on what life used to look like before the apocalypse, all sorts of stories, and human emotions. 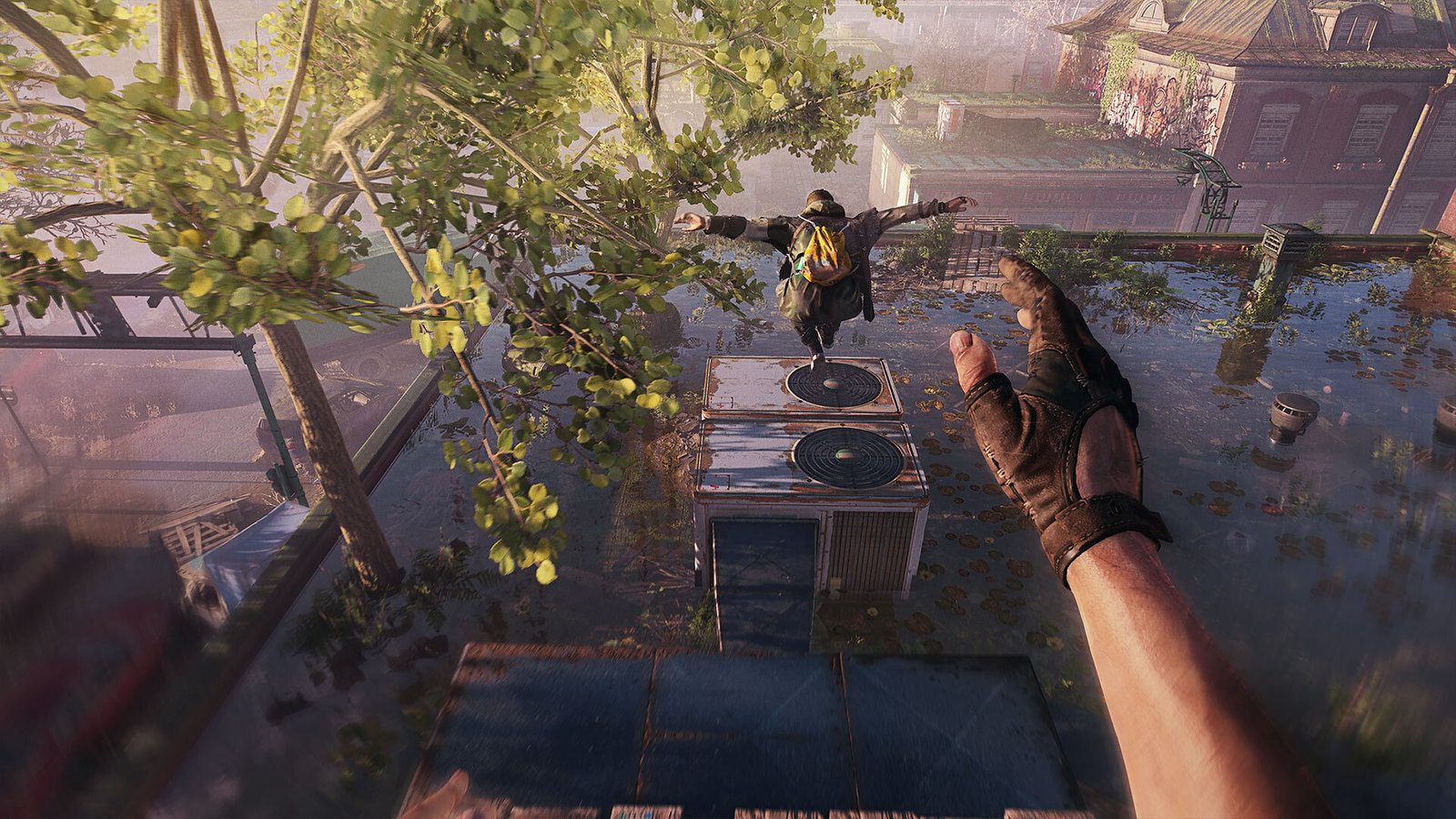 But enough about the past. You are going to change the future. The decisions you’ll make will play a crucial role in reviving the world of Dying Light 2 Stay Human. For example, you can look for the old electrical substations which have been offline for years now and fix them if you want to. This choice alone will have an impact on how the entire city’s going to look. Shops will turn the lights on, and the air vents and electric traps will work again, helping you in combat and navigation. And as you revive the civilization, you’ll also get to choose the faction you wish to help—the Peacekeepers or the Survivors. This will determine what people will build on the roofs and, in consequence, The City’s skyline.

As the open world of Dying Light 2 Stay Human is really vast and complex, you may wonder how to find yourself in all of this. And, as usually, you’ll find all the answers in The City. During the day, you’ll meet characters who will help you understand the game’s world better. They’ll answer your questions, and give you some valuable tips. Then, when the night comes, you’ll be able to listen to the tales people tell as they’re waiting for dawn. Look for campfire stories, songs, and even street theatres on the roofs. And do pay attention to them! Since your deeds will surely become quite famous, you may find some of the stories oddly relatable… 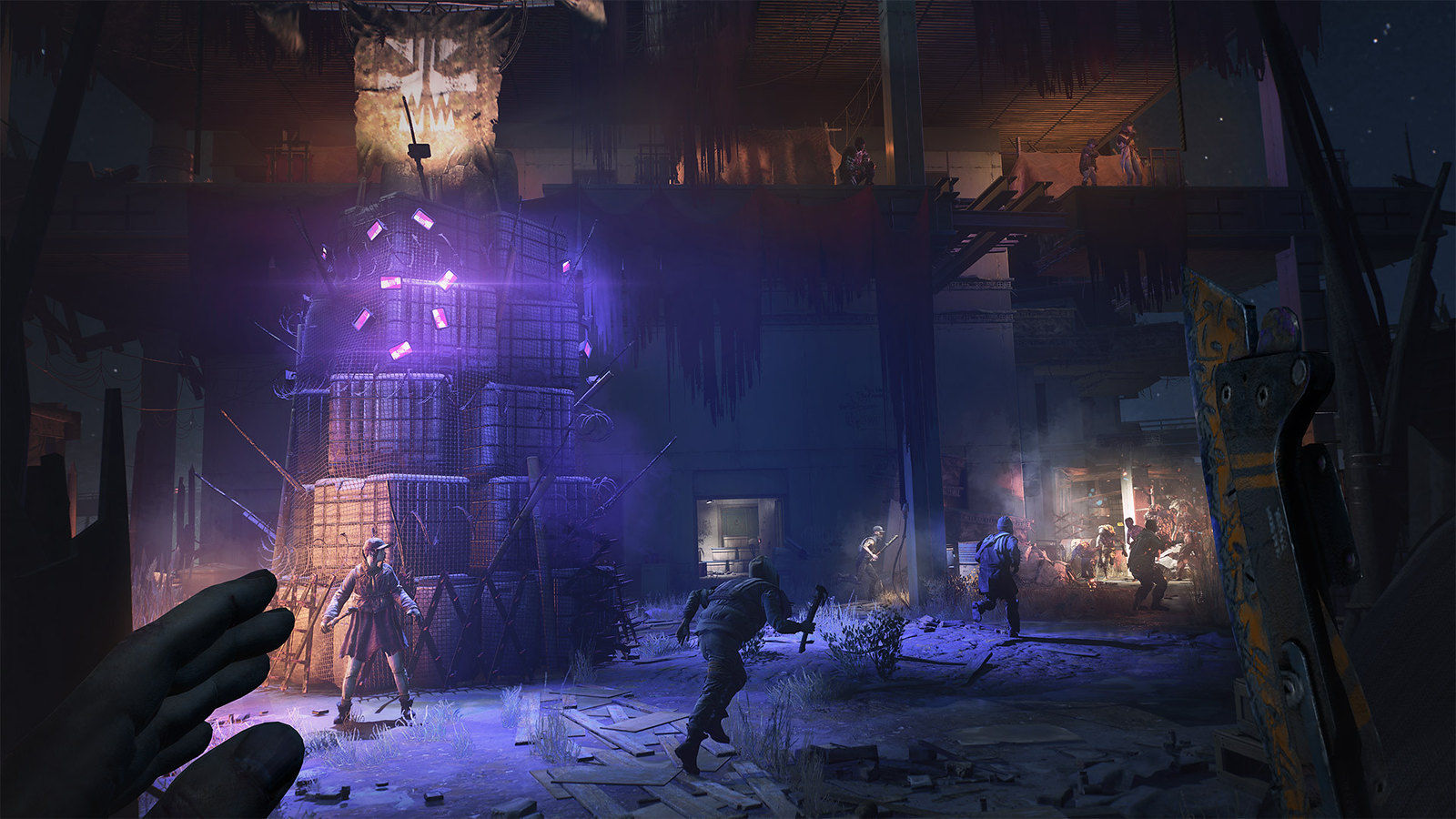 Besides all the characters you’ll meet, on your journey through The City, you’ll also have a companion which isn’t human –music. Like many other elements of the world, it, too, will react to your choices and actions, supporting both the gameplay and the narrative. Imagine you’re parkouring through the rooftops. Your soundtrack will intensify depending on how long you’ve been running and how many parkour moves you’ve performed. And if you somehow end up in a dangerous area, it will let you know. You’ll also notice that it changes depending on your combat choices. Whatever you’ll do, it’ll follow, pushing you to try new things and rewarding you for your efforts. And yes, factions, characters, and places have their own unique themes as well, so by choosing alliances, helping people, and following quests, you can build your own musical experience in The City.

We’re coming to an end, and those who made it through this whole article will get something special now. We want to introduce you to Lawan, a tough, strong woman you’ll be able to befriend (or estrange, should you annoy her) in Dying Light 2 Stay Human. She’s really important and won’t be easy to forget, as she’s played by Hollywood star Rosario Dawson! 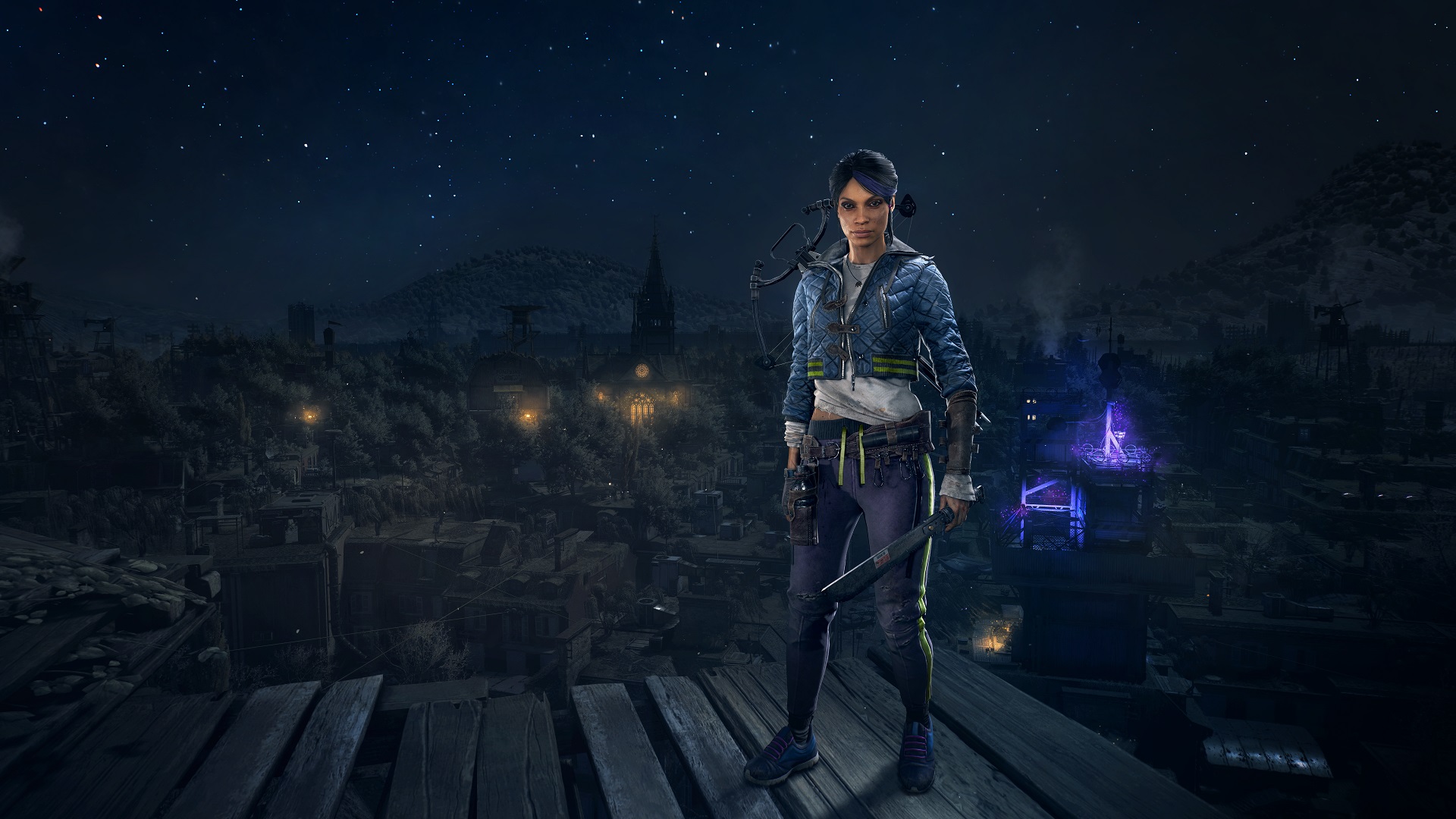 She’ll show you both the joys and sorrows of The City, and as you get to know her better, you’ll realize she’s a very complex character with quite a backstory. Make sure you don’t get under her skin because… well. You don’t want to find out. Oh, and she can be brutally honest too, so don’t say we didn’t warn you. It’s worth it though.

If you can’t wait to meet Rosario Dawson as Lawan and see all of this vast open world on February 4, pre-order Dying Light 2 Stay Human now, and make sure to follow our channels for more details about the game.