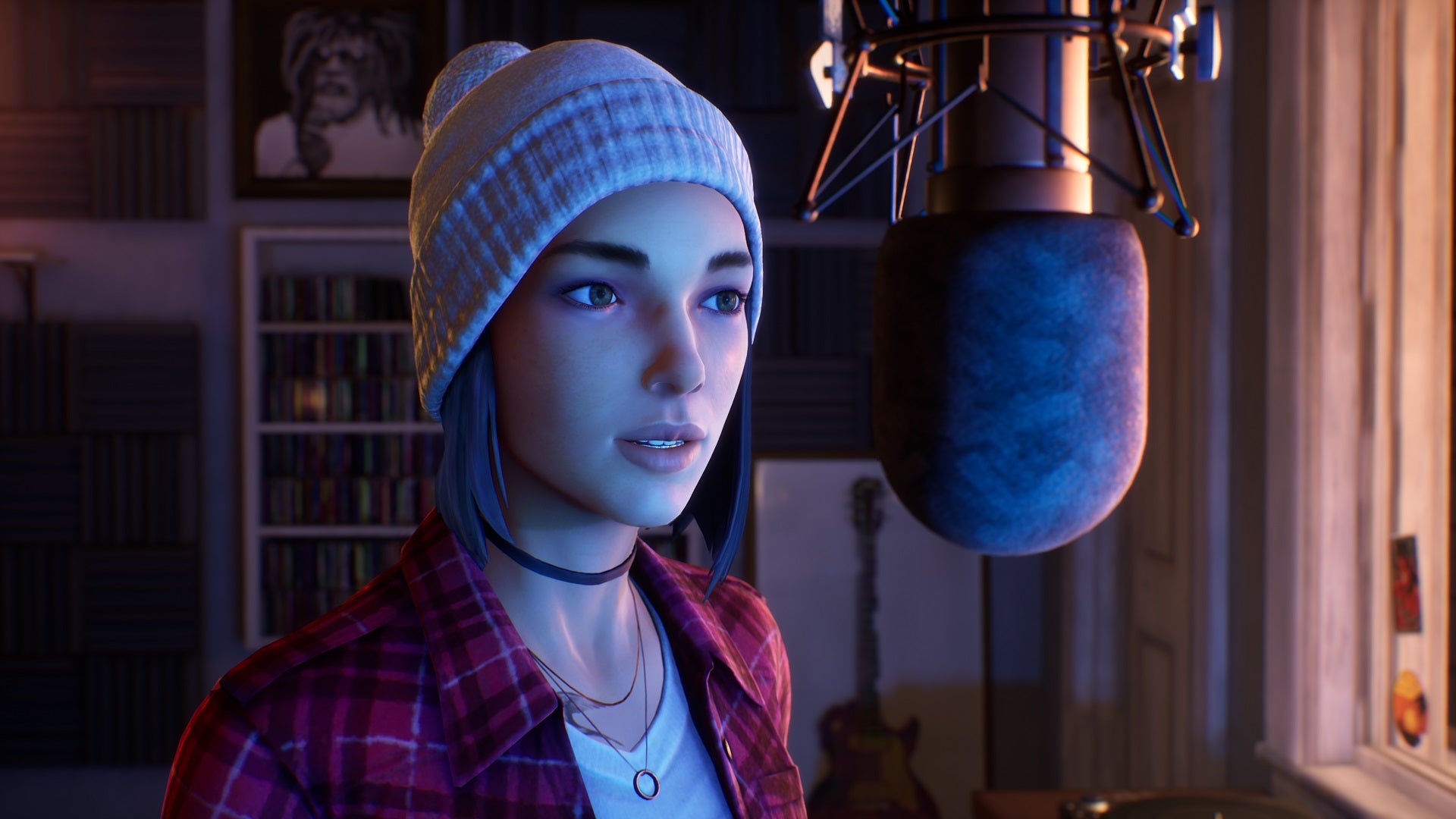 This DLC is pitched as “Steph’s story,” and that’s exactly what it is, but because of the position Steph occupies in past LiS installments, it ends up being the so-called “true end” to that plotline. Steph is first introduced in Before the Storm, where she and her friend Mikey end up persuading Chloe to join in their legally-distinct-from-D&D tabletop campaign. Because of this, both end up with a front row seat to Chloe and Rachel Amber’s relationship, and the tragedy that befalls them both.

Life is Strange 2 focuses on a completely new set of main characters, and while Steph returns in True Colors, that story has nothing to do with what happened in Arcadia Bay. Wavelengths provides a feeling of relief I didn’t know I needed because it takes the space to reckon with the aftermath of Rachel’s death and, depending on your choice for the end of the original Life is Strange, the storm that came to Arcadia Bay. The DLC takes that choice into account, asking which option you chose once you start a new playthrough.

Whether or not you sacrificed Chloe to save the town, or ran away to be with your punk gf while Arcadia Bay got wiped off the map, the result of those first two chronological installments would be nothing less than traumatic for those left behind. Wavelengths explores that by following Steph through her time in Haven Springs before Alex Chen shows up. Through flashbacks, messages, and video calls, we come to learn that Steph left her hometown first for Seattle, then Haven Springs. Behind her, she left not only the doomed town in Arcadia Bay and the doomed girl in Chloe, but also Rachel Amber’s more mundane, but arguably more shocking death.

I argued this in my review of True Colors, but the Life is Strange series, especially when in the hands of Deck Nine, doesn’t need the supernatural element. Before the Storm was the initial proof of this, providing a heart-wrenching, if vaguely reminiscent of daytime television, storyline explaining Chloe and Rachel’s relationship leading up to the latter’s murder at the hands of one of their teachers. The game ends by turning the knife, reminding players that any happiness Rachel and Chloe might have had was ultimately cut short by their predatory photography instructor Mr. Jefferson. Wavelengths then asks, what happened to the people who watched this happen?

Steph simply left. Her conversations on the in-game dating app make it clear that this is kind of how she deals with things whenever the going gets rough. But Wavelengths is interested in exploring that, and showing its audience (who have presumably already played True Colors) how Steph went from the girl who ghosts to the loving, enthusiastic, vulnerable person Alex meets. Mostly, it’s through hard conversations with the people who love her and coming to realize what she needs to do in order to change, no empathy auras required.

These conversations are cathartic because they open the wound of Before the Storm in a way that’s desperately needed after leaving that game on such a brutal note. Mikey and Steph both have to acknowledge how brutal that was, how awful it was to have to go to funerals for the girl who asked for them to “pass the nerd dice,” and the punk that brought them all together. Even Steph’s own issues with dating come back to those friendships. She acknowledges that she was envious of what Rachel and Chloe had, that it seemed “perfect.” How does your view of relationships change when this one you saw as ideal is ravaged by gendered violence and possibly supernatural destruction? Wavelengths is interested in answering that with Steph, who runs until she can’t anymore.

Finding Gabe and Haven Springs, and becoming part of the community there provides Steph with the stability to start over and face what she needs to to become a better friend, and ultimately the person who silently asks Alex to choose the next song for the radio station. By allowing Steph to breathe as a character and process the trauma of previous installments, Wavelengths becomes a legitimate bridge between Deck Nine’s entries in the Life is Strange series, and provides closure on a painful part of the series’ past.