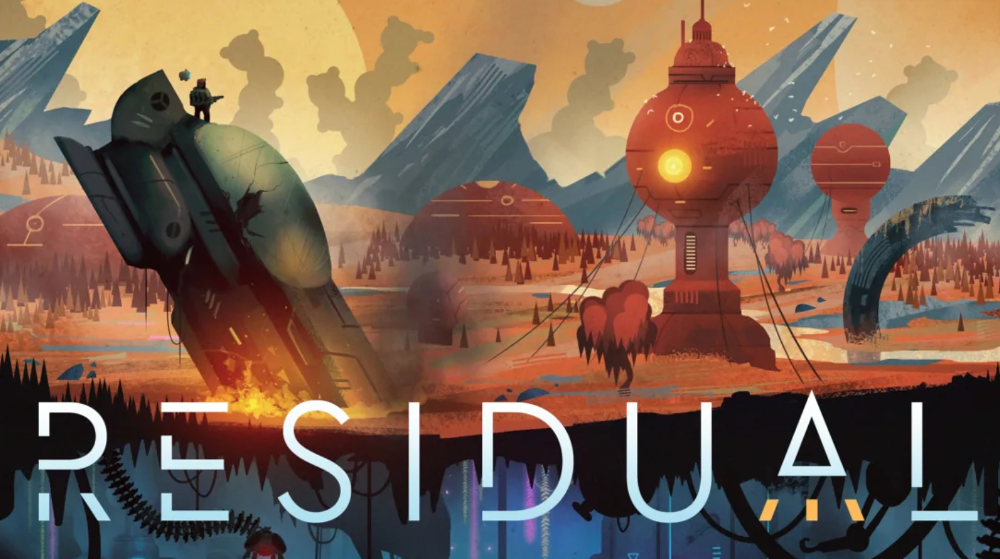 We’re blessed on the Xbox with a glut of high-quality, fiercely challenging survival sims. Subnautica, No Man’s Sky and Rust may be the first that come to mind, but there are plenty of others. There’s no better time to be salvaging scrap metal and constructing makeshift water purifiers.

Residual has a fight on its hands to survive in that environment. However, having buried hours of our life into its hazardous surface, we can say that it does a lot to justify itself.

To give you a sense of why it’s worth taking note of Residual, we’ve jotted down some of its killer apps. We’ve also noted a few things that we hope get resolved by the time Residual’s ship lands on Xbox. You never know.

It’s No Man’s Sky by way of Terraria

Imagine the premise of No Man’s Sky – a crashed astronaut looking to gather resources from a wild and hazardous world – mapped onto the depth and viewpoint of Terraria. You’re pretty much there with Residual, and it’s absolutely as engaging a mash-up as it sounds. If you’re one of the many people who have pumped hundreds of hours into either game, then take note that Residual can absolutely do the same.

It’s not going to help you

Oof, the first few hours of Residual are killer. There’s no getting round it, this is an unfriendly game. Not in an unjust, unfair way – it’s not explicitly hard. It’s more that Residual wants you to work things out on your own terms. And there’s something refreshing in that.

You start with virtually nothing. Your Personal Disaster Bot or PDB gives you the occasional direction, and some help depending on the context, but this is a bewildering world layered with bewildering interfaces. But you’re not expected to be proficient immediately, and things are staggered enough that you can learn to make campfires, then weapons, then more elaborate structures, just as you need them. You won’t die – yet.

It’s procedural generation at its most random

Like a lot of survival games, Residual deals in the random. By working from procedural generation or seeds, a player can never quite be sure what is around the next corner, and that just sharpens the survival experience.

Residual is extremely random, and there is every chance that you will land on a planet that doesn’t even see enough sun to power your solar arrays. It’s rare to find a game that is so random, yet so dependent on resources and other basic amenities to let your character survive. You can merrily play and not have vital resources when you most need them, and it was nobody’s fault but the grand old gods of RNG.

Don’t be put off by the pixels

My first reaction to Residual was how small everything was. Admittedly, we were playing undocked on Switch, which isn’t going to match the size of a Smart TV, but there’s a Terraria-like smallness to the proceedings. Resources can be all of a few pixels in size.

But rather than make it unwieldy in the long term (it takes some getting used to in the short term), it makes for fantastic art direction. You are taking in an entire biome within one screen, and that zoomed out quality can’t help but make you feel insignificant. How are you going to survive when the hazards are thousands of times bigger than you?

Residual can also look extremely pretty. It likes to sprinkle neon elements into dark abysses, and – while pixel art games are two-a-penny – this one has the capability of looking stonking.

And take solace that, while the opening of Residual is stodgy, forcing you to wade through irrelevant resources to find something useful to you, it soon starts to escalate nicely. The resources you want become shorthand, and the complex, unwieldy interfaces – with their icons that seem to bear no relevance to what they represent – soon become second nature. This is a learned game, and investment is rewarded.

Not so good – Introductions

But, man, it could be so much better at first impressions. There may be enough time for OrangePixel to tidy this up and make it feel more accessible. At the moment, Residual does slightly too good a job of not making you feel welcome. Which is the premise of the game, but, you know, you can go too far down that path.

Not so good – Controls

There’s a strange illogic to Residual’s controls that never feel natural. Jump is with the up button on the Switch, and it manages to give you very little control over your arc. Having a separate button for jumping and pulling yourself up, too, feels clumsy. Obviously, a new console means new control mapping, so let’s hope that the Xbox version gets a better set of control bindings.

Not so good – Flipping Claptrap

And something subjective that likely won’t be fixed on Xbox is the voice-acting for your Personal Disaster Bot. As if auditioning for the upcoming Borderlands movie, this feels like the even-more-annoying cousin to Claptrap. It’s possible to mute the audio, but we were surprised by just how much it set our teeth on edge. We get it, we get it, we need to set a campfire. Now bugger off.

Residual is currently available on Nintendo Switch (thanks to Apogee Entertainment for the copy), and PC through Steam, GOG and Epic. Expect it to hit Xbox One, Xbox Series X|S, PS4 and PS5 in early 2022. When a full Xbox copy arrives on our shores, you can be sure we’ll be there with a review.