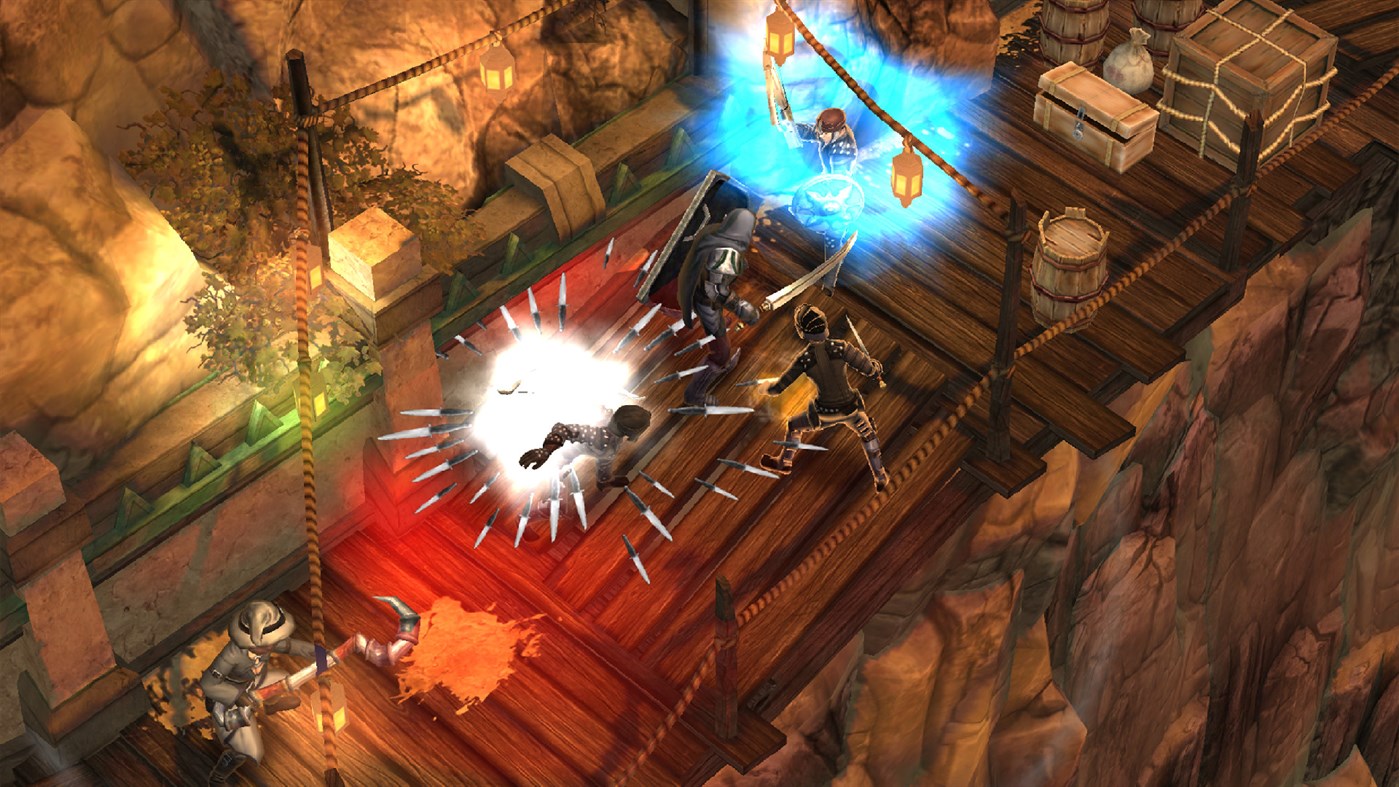 I often think of all the RPG characters I’ve created over time. What’s happened to all those characters I’ve named, styled, and leveled up to the max? Are they lost in a sort of gaming heaven waiting for me to join them? But that said, whilst the amount of fighter builds I’ve created is beyond comprehension, I’ve rarely bothered for the life of a mage. In Ember: Console Edition though, the choice isn’t as varied or as complicated as many other games from the genre, and that means we need not worry about the fate of our creations. We do however have to be concerned about the strange adventures that lay in wait.

Ember first arrived back in 2016, releasing on mobiles and PC via Steam, but now it’s taking on a bit of an upgrade as it moves to our beloved Xbox. This does mean that touch screen leftovers are still present in this game and that is a bit of a problem in the translation. But first, let us look at the narrative.

There is nothing groundbreaking to be said about Ember: Console Edition in terms of the story; it feels like a fairly standard RPG at times. Yet there are moments of greatness. It tells of how the world was once black as night was no sun or light. Beacons of light fell from the heavens and these were called ‘Embers’. It’s here where a group of druids – the LightBringers – roamed the world looking for these embers. They planned to awaken them and in doing so the world became full of light. It wasn’t all roses though and dark forces rode out to capture the embers, triggering war between darkness and light.

You play a resurrected Lightbringer who is tasked with protecting the last few embers, hoping to stop the world from falling into ruin. No problems, yeah? Well, it’s a fun story and the dialogue you encounter with characters and NPCs is well crafted and interesting.

The gameplay is at times very familiar, and that is a comforting feeling, but it can also get a bit stale. You move your character around the isometric world of the game, opening chests, fighting enemies, and speaking to NPCs to push the story forward. There are around twenty areas for you to explore on your travels, yet some of these are more interesting than others. The mission structure is fine – go here, get that, fight things – with a big bad boss at the end of each area. This means you are constantly looting for those all-important items, pieces of armour, and weapons that might make your journey that bit easier. You must know the drill by now, and if you don’t, well where have you been for the last four decades?

The combat is a little bit different to the norm and Ember still seems to cater to the mobile market a little better than the console. Set in real-time, the action slows as you press to attack, leaving you to drag your action over to the enemy you’re going to try to kill. This is perfect for a touch screen, but on the console it feels more than a bit redundant and, frankly, a tad annoying.

However, Ember: Console Edition does manage to deliver some addictive grinding as you go working through the levels and gaining experience. Spells are there too, and healing of course, and it all feels very much like a paint-by-numbers experience; that’s not a bad thing. It’s an RPG-lite in fact, but quite entertaining to play and I’ve had a good time with it, especially when I stopped grumbling to myself about the weird combat system. Crafting and cooking fans will have a ball here though, as there is a lot to do in that department and the team behind Ember have catered for this very well indeed.

The visuals are good, but nothing special. The colour scheme particularly hits home, and all the menus are absolutely fine and clear to read. In that regard it’s a great homage to the isometric RPG affairs in terms of visuals and design, helped by well created creatures and bosses which are, whisper it, fun. The soundtrack is epic and dramatic too, just like what you would expect from a game of this type. It certainly doesn’t disappoint.

For picking up and blasting through an hour at a time, Ember: Console Edition works. It’s an RPG lite experience that fails to hit the depth and intricacy of a standard RPG, yet it does a good job of providing entry-level genre ideas. It certainly plays great homage to the likes of Baldur’s Gate or Diablo and whilst the combat system hasn’t translated very well from mobile to console, there is tons to involve yourself in – all for a cheap price.

If you’re after something in which you can smash some skeletons with a battle axe or two, then Ember: Console Edition is worth looking into.

You can buy Ember: Console Edition by visiting the Xbox Store

Sci-fi MMO Dual Universe finally blasts out of beta in September
Hogwarts Legacy release date announced, and it brings disappointment
Looking back to the endlessly entertaining Sleeping Dogs
Soul Hackers 2 Review
Soapbox: Yes, You Really Should Do All Of Xenoblade Chronicles 3’s Sidequests