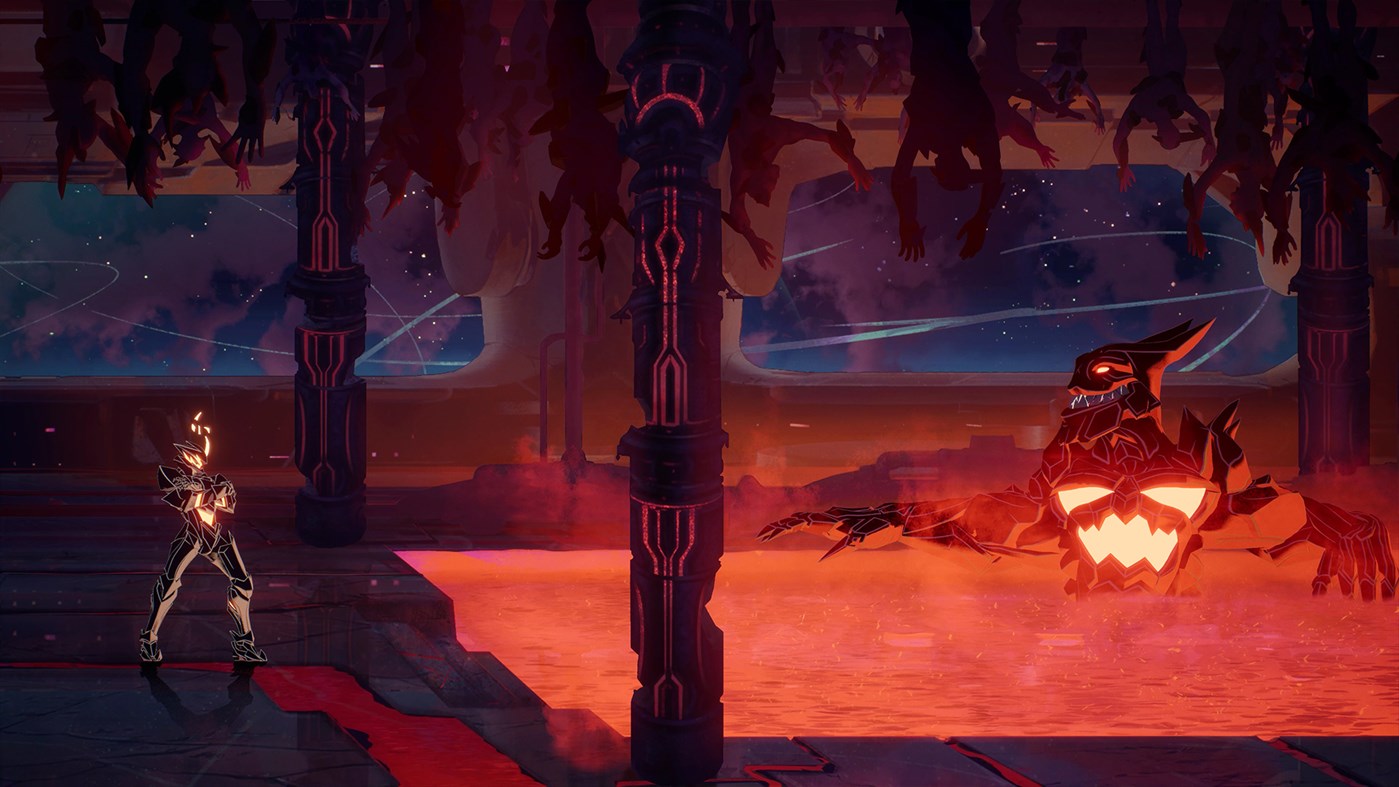 It takes something special to stand out art-style wise in today’s gaming landscape, such is the breadth of titles available. But one game that may have done just that is Aeon Must Die! which has arrived on Xbox, PlayStation, PC and Nintendo Switch consoles today.

Away from the lawsuit that is going on in the background between the developers, Aeon Must Die! is a futuristic sci-fi side scrolling beat ‘em up. Aeon has been betrayed and left for dead by those below him in the Void Armada. As a result, he is forced into merging with another body, your body. Thus, begins a power struggle in your mind and limbs as your attempt to regain control of your body from Aeon. Do you succumb to his wishes and destroy those that have wronged him, or show him another side to getting revenge?

Your decisions on who to kill or spare will alter the fate of the galaxy in ways which might not seem significant at first. As you travel through the city of Pantheon you must come face-to-face with those that betrayed Aeon in brutal and over-the-top combat.

As well as a stunning art-style, Aeon Must Die! promises a mind-blowing OST. For those that purchase the game before 28th October, you will also unlock the Wrathful King Set which includes a new skin for Aeon and his bike in the game.

For everyone else, Aeon Must Die! is available to download now from the Xbox Store priced at £15.74. Can the combat live up to the art itself? Stay tuned for our review to find out.

Early Adopter Offer: Purchase before 28th october 2021 to get the Wrathful King Set. Ignite the galaxy. Aeon Must Die! Aeon, the dreaded Emperor of the unstoppable Void Armada, has been betrayed and left for dead by his generals. Weakened and without a body to exact his revenge, he manages to merge with you to survive and bring forth his wrath. Travel across the futuristic city of Pantheon to destroy or subdue those who betrayed Aeon, while fighting for your mind, free will, and control of your body. Experience a unique beat ‘em-up introducing breakneck risk-reward gameplay, innovative AI and tactical fighting, all packaged in an incredible art style. Will you succumb to Aeon’s will and unleash his awesome power, losing yourself in the process? Or will you choose the hard way and remain free, at the cost of your strength? • Spectacular beat’em-up packed with brutal, over-the-top action • Stunning art and mind-blowing OST • Stylish, accessible combat featuring proper fighting game mechanics • Choose who you kill or spare and change the fate of the galaxy