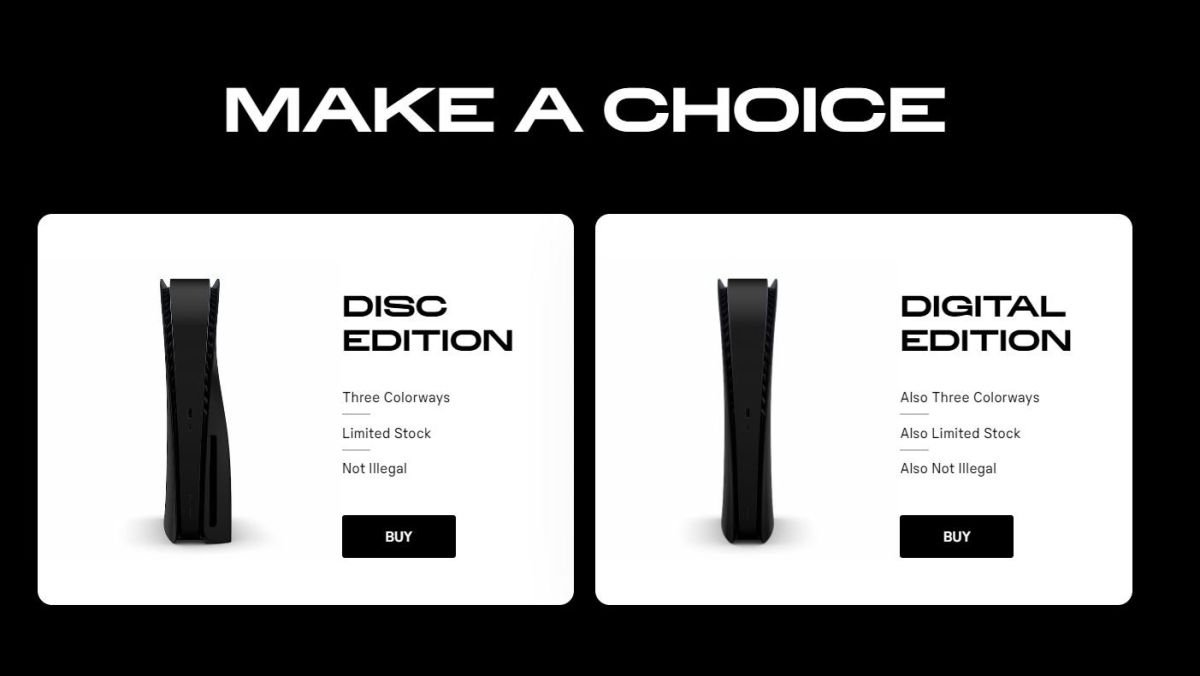 PS5 Darkplates have been resurrected, with a brand new design that could circumvent any messy legal issues.

Manufacturer dbrands previously claimed that the matte black faceplates for Sony’s PS5 console were “dead” and pulled the sale of its product, following a cease and desist letter from Sony which claimed the popular faceplates “replicate [Sony Interactive Entertainment]’s protected product design”.

However, it seems that the manufacturer has found a workaround for its legal issue. In a tongue-in-cheek Reddit post, dbrand argues that the issue with its Darkplates wasn’t the name itself, but rather that Sony had registered a design patent for black faceplates – something which the manufacturer claims Sony hadn’t done when dbrand launched Darkplates.

According to dbrands’ post, Sony’s registered patent allegedly covers the shape of the PS5’s side panels so, rather than paying to legally fight Sony on the patent, dbrand instead decided to redesign its controversial PS5 faceplates, revealing Darkplates 2.0 in the post.

“By creating a brand new design, Darkplates 2.0 successfully closes the loop on this dispute and neutralizes any future infringement claims from Sony,” dbrand wrote in the post. “More importantly: it makes your PlayStation 5 considerably less ugly.”

Analysis: Better than ever

From the images we’ve seen, the Darkplates 2.0 design is still matte black (though it does come in white and gray) and has more rounded edges than its predecessor, softening those somewhat harsh angles of the PS5 – its microscopic texture similar to Sony’s own PlayStation symbols seems to be gone too. You can still get a customize the middle skin though. It’s arguably better looking than the previous design.

In addition, the new faceplates have strips of semi-translucent colored vinyl which sit over the PS5’s own light strips, allowing you to customize color (at checkout) of your light strips to one of eight hues (you can even make the left and right different colors to one another). This is a small but welcome feature, giving players, even more, control over how their PS5 looks, something which – currently – Sony itself isn’t offering.

The biggest difference, however, is that the redesigned faceplates boast a big ventilation fan on the side which should allow more air to get into the PS5 intake fans, therefore allowing for more optimal cooling. This will come as a life saver to the PS5 itself, allowing it to both look better and allowing for optimal thermal performance. Other faceplates, as dbrands points out, have a habit of decreasing thermal performance as they cover the intake fans.

Overall, the Darkplates 2.0 redesign is a stroke of genius on dbrands’ part. Rather than throwing in the towel on a successful product, the manufacturer adapted and has come up with a product considerably better than its initial offering. While Sony seems to have plans to make its own black PS5 faceplates, the company hasn’t officially announced this yet.