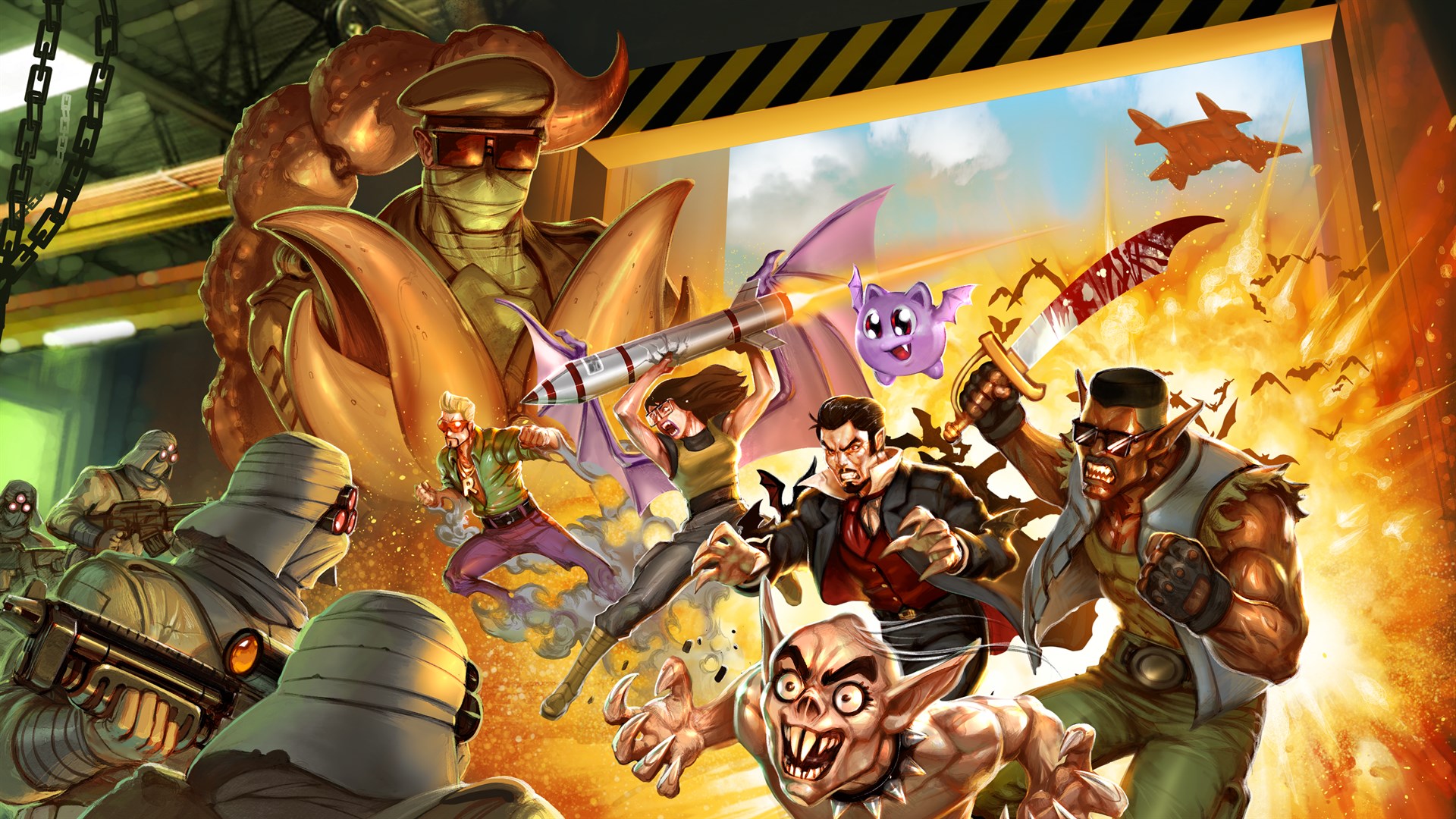 Always fancied yourself as The Batman? Well, you may not be able to enjoy the glitz and glamour of Gotham’s finest by joining the BATS, but the Bloodsucker Anti-Terror Squad should certainly not be ignored.

Available to purchase and download right now on Xbox One, Xbox Series X|S, PS4, PS5, Nintendo Switch and PC, BATS: Bloodsucker Anti-Terror Squad from Ritual Games and The MIX Games is the latest fast and frantic arcade shooter to keep gamers busy, as they join the squad and prepare themselves to take in gallons of blood.

The BATS are a bloodsucking anti-terror squad who have found themselves in a bit of a sticky situation. It’s here where you join Count Bloodvayne, making the most of his vampiric powers in order to rescue his teammates from the clutches of Scorpion Supreme and STING.

Premise wise it’s nothing we haven’t seen before but BATS: Bloodsucker Anti-Terror Squad mixes things up a bit by delivering it all in a 16-bit style, taking us modern gamers back to the good old days of sidescrolling supreme. It’s here where the arcade, brawling, shooting, slashing action of BATS begins to unfold, with pixel perfect timing required in order for success to be found.

How you go about finding that success is totally up to you too – you can slice, you can dice and you can do so at your own pace. Just be sure that you suck up blood as you go.

With five levels to conquer, Speed Run and Boss Rush modes to help complement things further, and a whole ton of deaths and screams promised, if you’re in the market for a Saturday morning cartoon with a bloody, gory twist, you’re found it with BATS: Bloodsucker Anti-Terror Squad.

The Xbox Store will cover the bases for Xbox One and Xbox Series X|S players, but BATS: Bloodsucker Anti-Terror Squad is also available on the PlayStation Store, the Nintendo eShop and on Steam for PC. Expect to pay around £8.39.

Let us know if you pick it up. And stay tuned for a full review from us soon too.

Pokemon Part 3 – Did You Know Gaming? Feat. Egoraptor
EA Acquisition Rumors Dismissed by CEO
Saturnalia Is A Survival Horror Indie With An Art Style You Have To See
This AMD RX 6700 graphics card costs just £299 after a CCL discount code
Life Is Strange Unlikely to Return to an Episodic Format