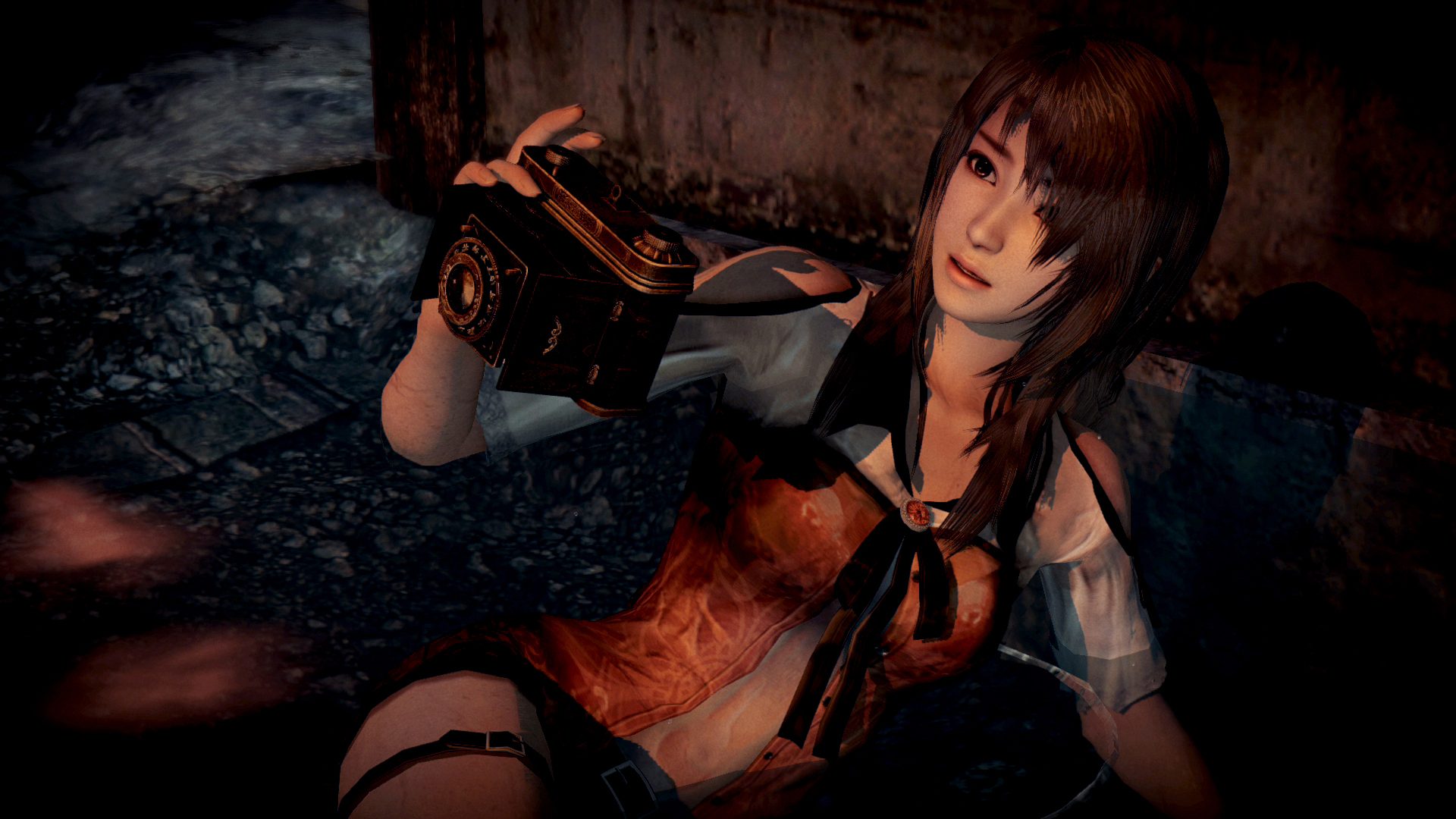 Hi everyone, this is Keisuke Kikuchi, the producer of Fatal Frame: Maiden of Black Water. Alongside the series director, Mr. Shibata, I have been involved in every title in the Fatal Frame series, and thanks to all of our fans and their support, we are now celebrating the 20th anniversary of the franchise.

While the series condenses the essence of Japanese horror in each title, we decided on a different type of fear as the overarching theme for each game. For the upcoming Fatal Frame: Maiden of Black Water, we use the motif of Japanese “haunted places,” and the ability of the player to take their camera and walk around these stages. The main theme for this particular entry in the series is “fear related to water.” To accomplish this, we made sure many of the locations were very damp to give them the feel that a ghost could appear at any time, a theme that is very common in Japanese horror. 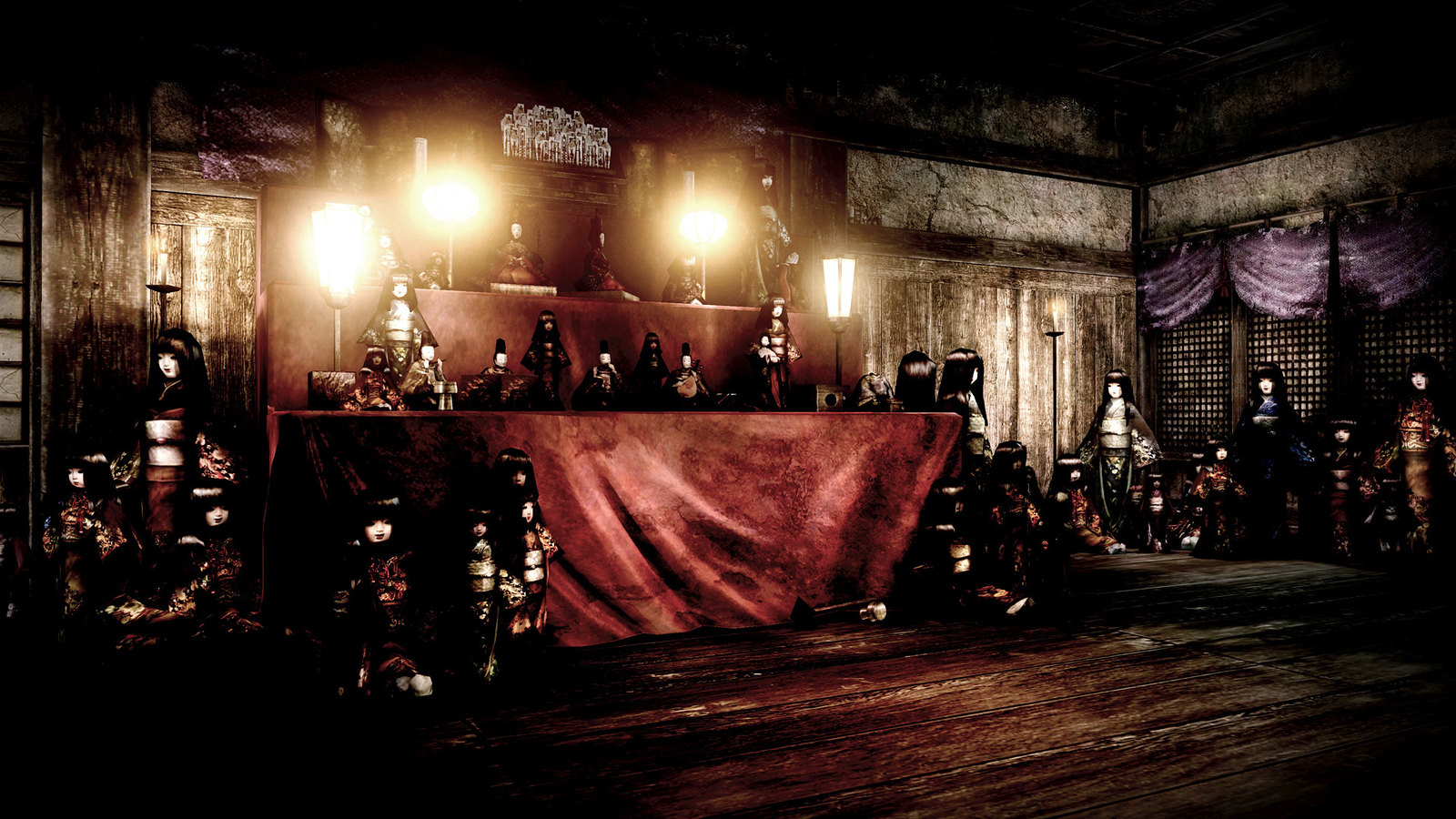 One of the main features I would like to discuss with all of our fans today is the new photo mode, a first for the series. You can now make your own “ghost photography” and post them on social media so that others can see how interesting and scary the series really is. While other games have implemented a photo mode, the Fatal Frame series puts an emphasis on cameras and pictures as the most important items in the game (even using the camera, called the camera obscura, as a weapon to defeat the ghosts!), so the things you can do in this mode are a bit different when compared to other series.

And since the main concept behind this new mode is to allow players to make their own original “ghost photography,” we made sure to include filters and other features to provide a number of different options to customize their work. Players can utilize photo mode with the press of a button at almost any part of the game, with the exception of a few particular events.

After entering photo mode, you can place any ghosts or characters you have met or encountered up until that point into the picture, and change their position and the way they are facing. After that, you can adjust the poses of the characters and decide on the composition of your picture.

You can then use different lenses in order to add in ghost-like effects and turn up the contrast and other options, in order to alter the qualities of your ghost photography. Furthermore, by obtaining the “psychic lens,” you can look forward to ghosts appearing in your photo when you least expect it. At a certain time and by going to a certain place, special ghosts may also appear in your photos! 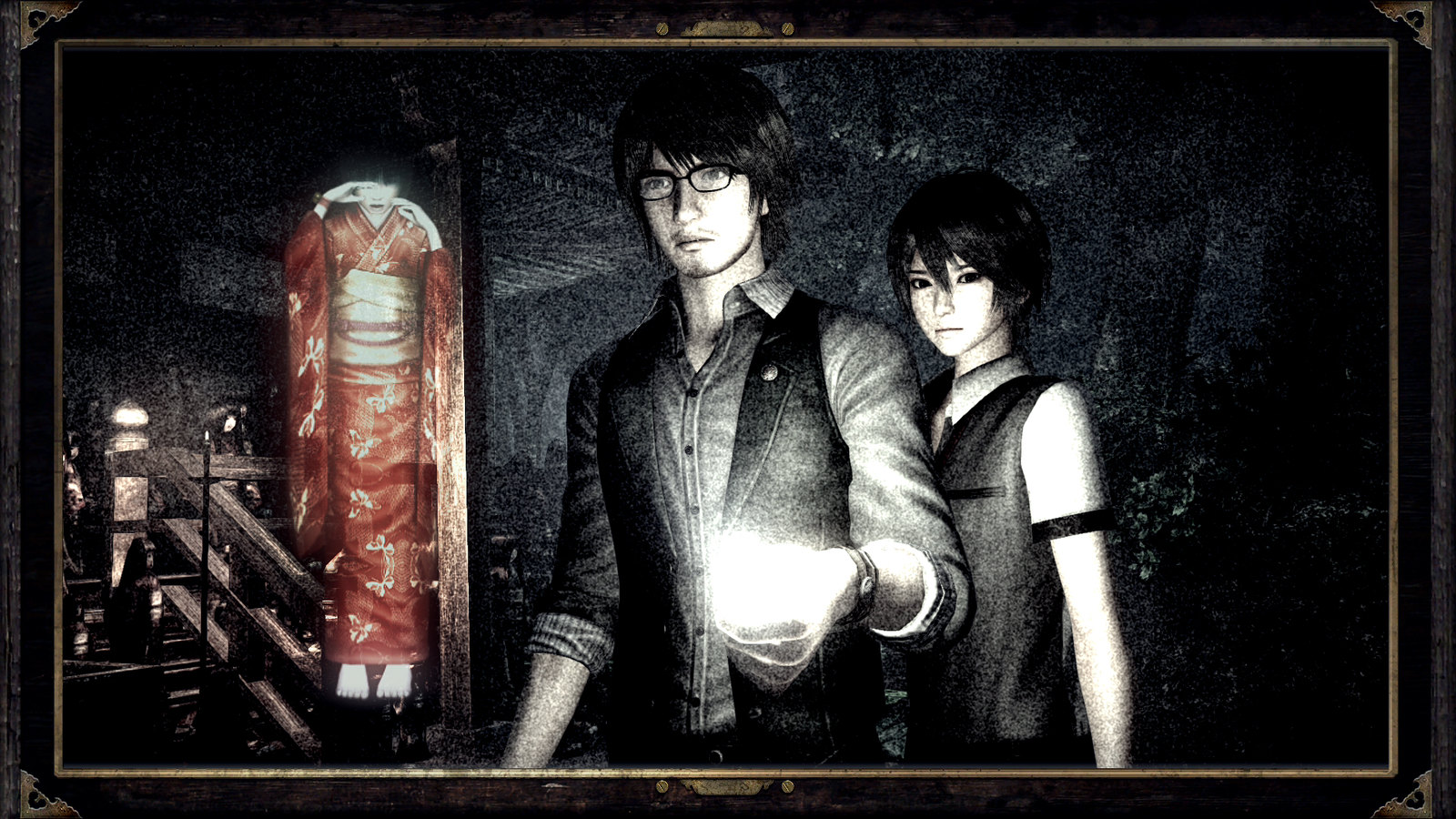 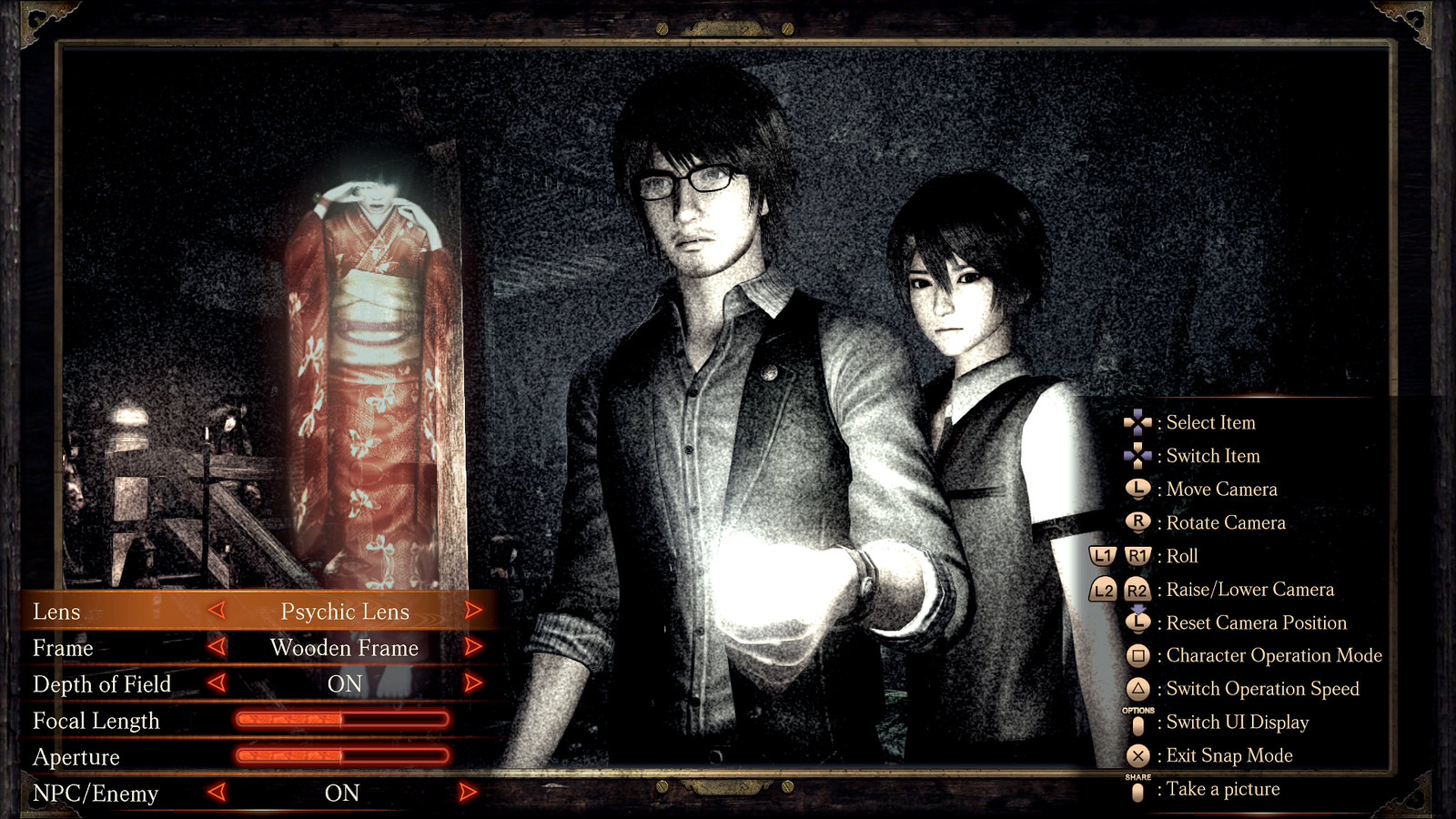 Once your photo appears how you like it, you can choose a frame for your picture, decorate it, adjust the depth of field, focal length and the aperture in order to increase the quality of your picture and then simply utilize the photo features in the platform you are utilizing in order to save the photo. 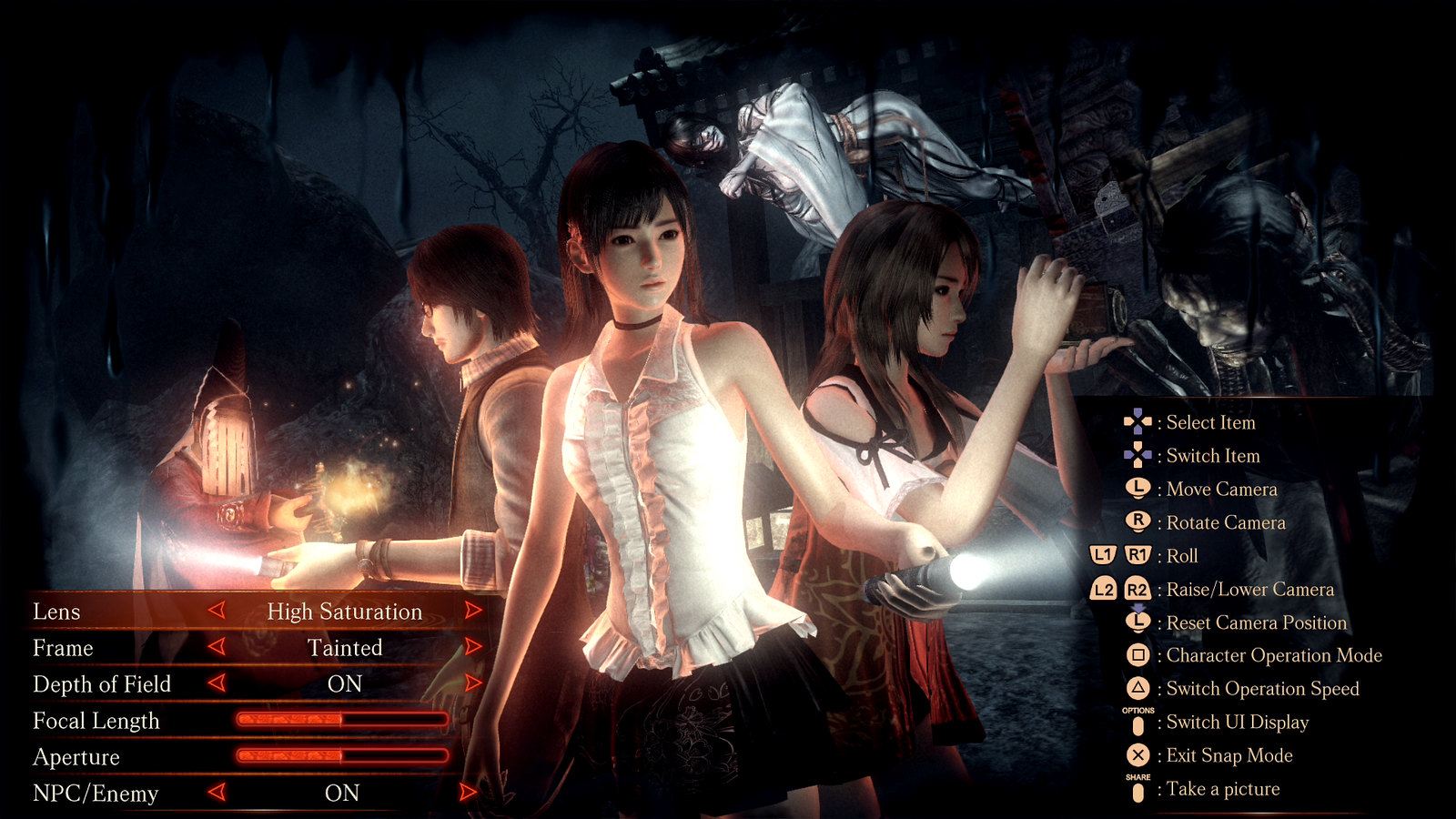 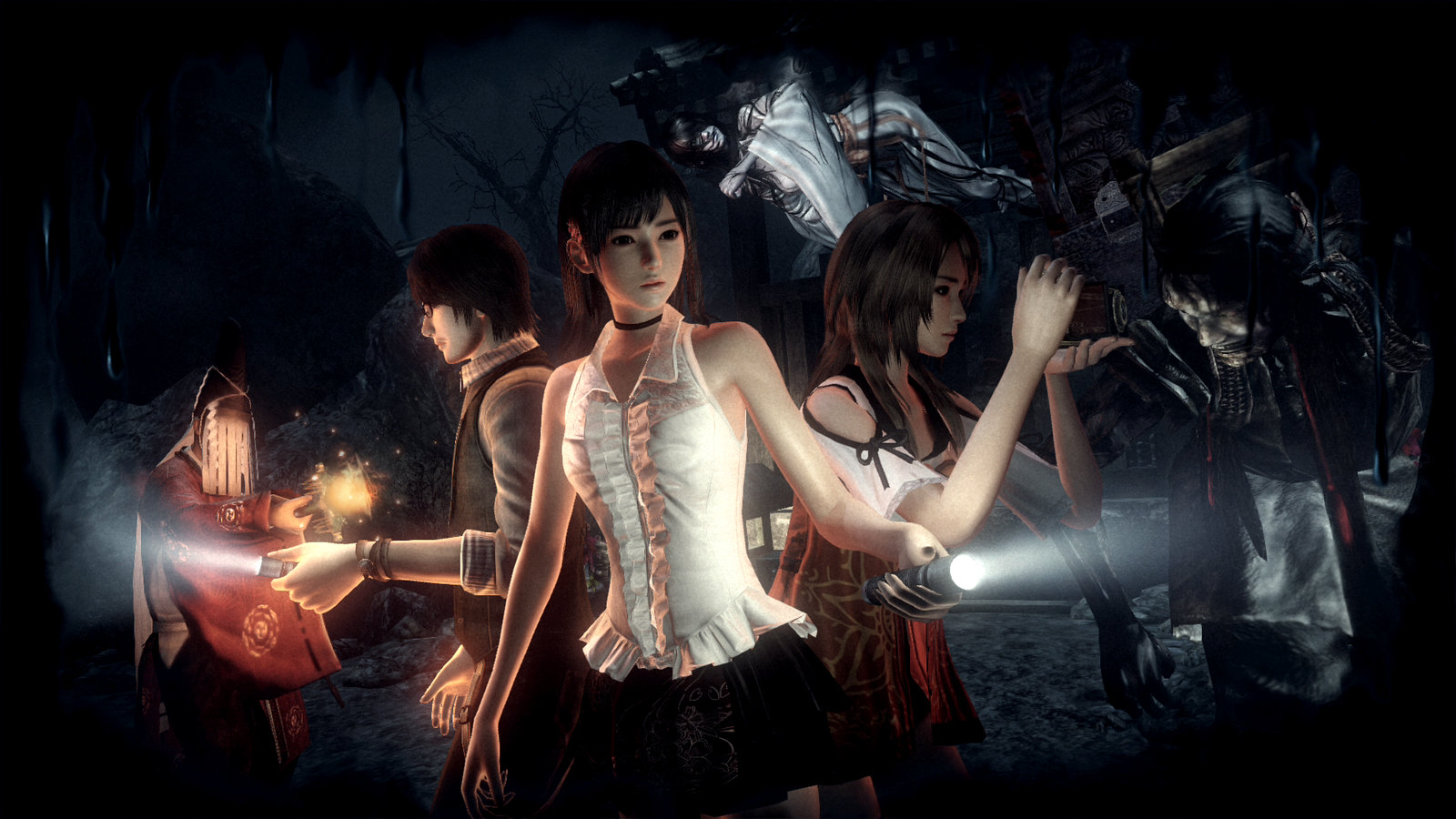 After testing out photo mode, I recommend two methods on how to create your own ghost photography: One is to create a convincing picture that feels like it could actually be real, and the other is to create a really funny photo to make you and your friends laugh.

There is a lot of value in creating a situation that you yourself find to be incredibly frightening, and then taking it to its utmost limit. Creating a picture of the characters being surrounded by ghosts as if they are being blessed by them, or changing out the character that is being spoken to with a ghost during a really serious scene can make for unexpected situations that can make you crack up laughing. 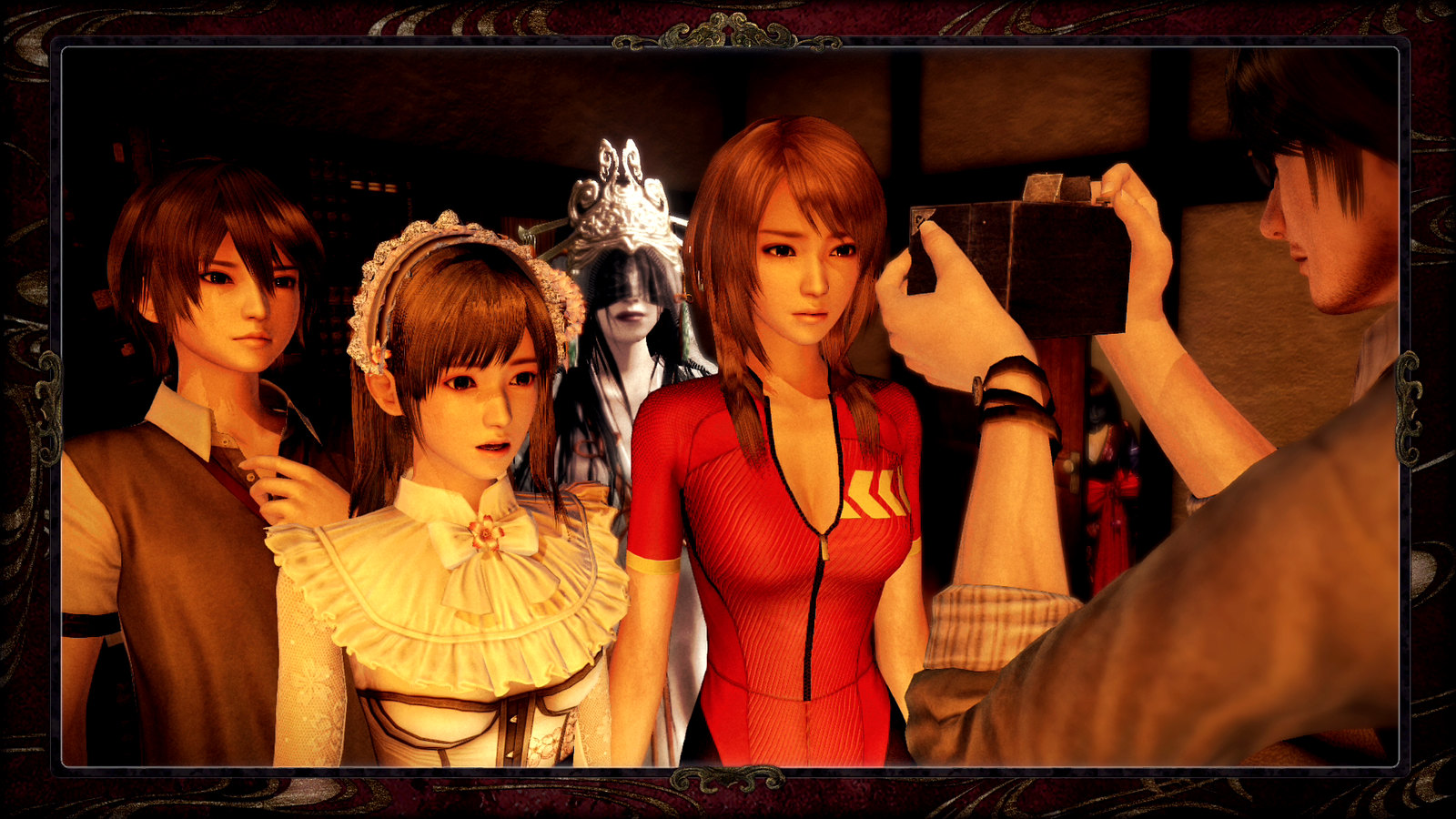 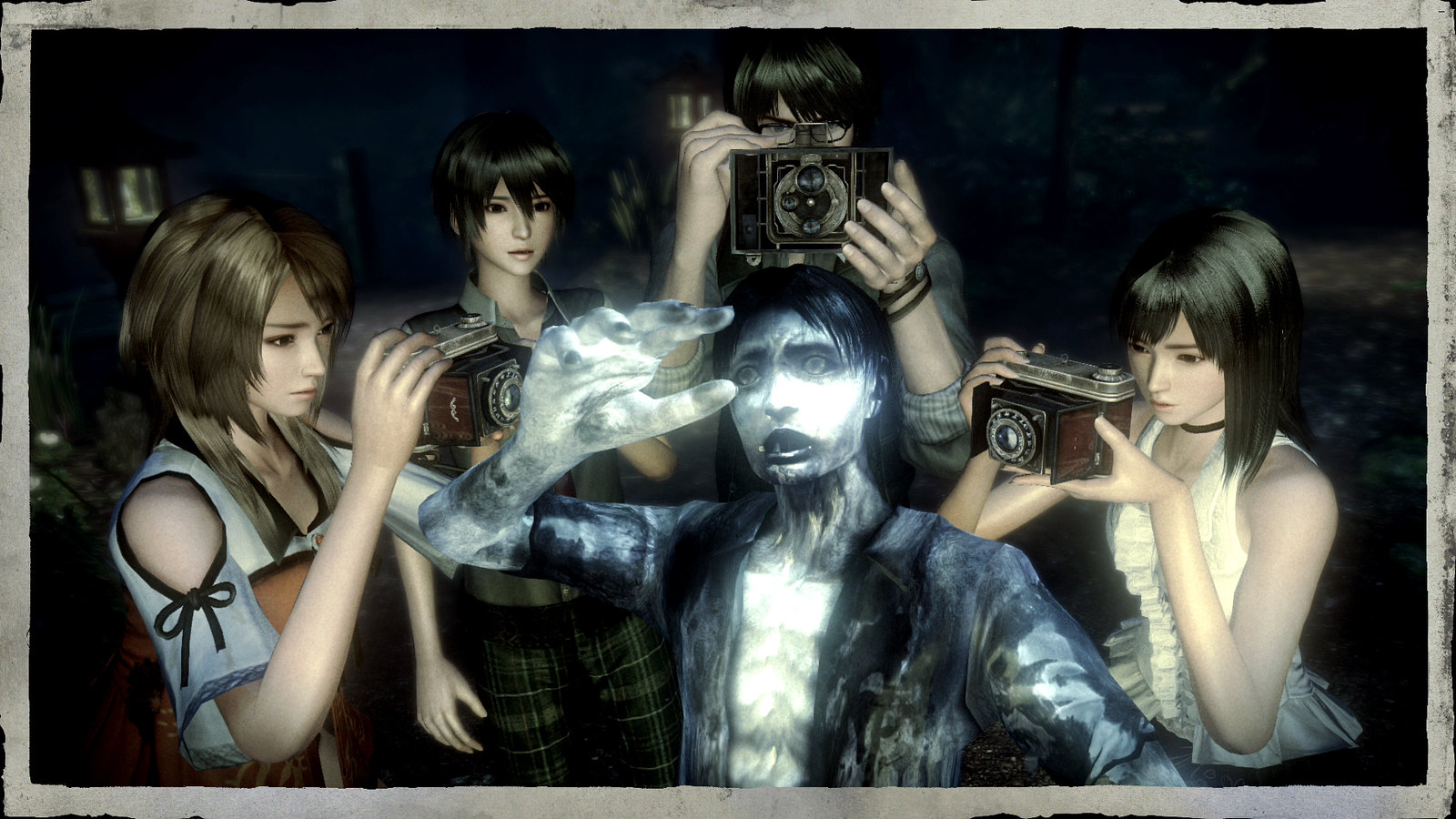 This is what I really love about photo mode. The storylines throughout the Fatal Frame series always progress with such a very serious tone, but photo mode allows you to create really fun scenes, which has made this one of my favorite parts of the game.

So while I’m looking forward to all of your videos playing through the game, I feel like the true charm of this series is to experience the fear for yourself by taking in the world and creating your own ghost photography. I really can’t wait to see what people create and seeing all of the photos everyone puts together after Maiden of Black Water releases October 28. The fear is real, but don’t forget to take a moment or two to soak in the scene and take a few pictures. You never know where the next ghost will turn up! 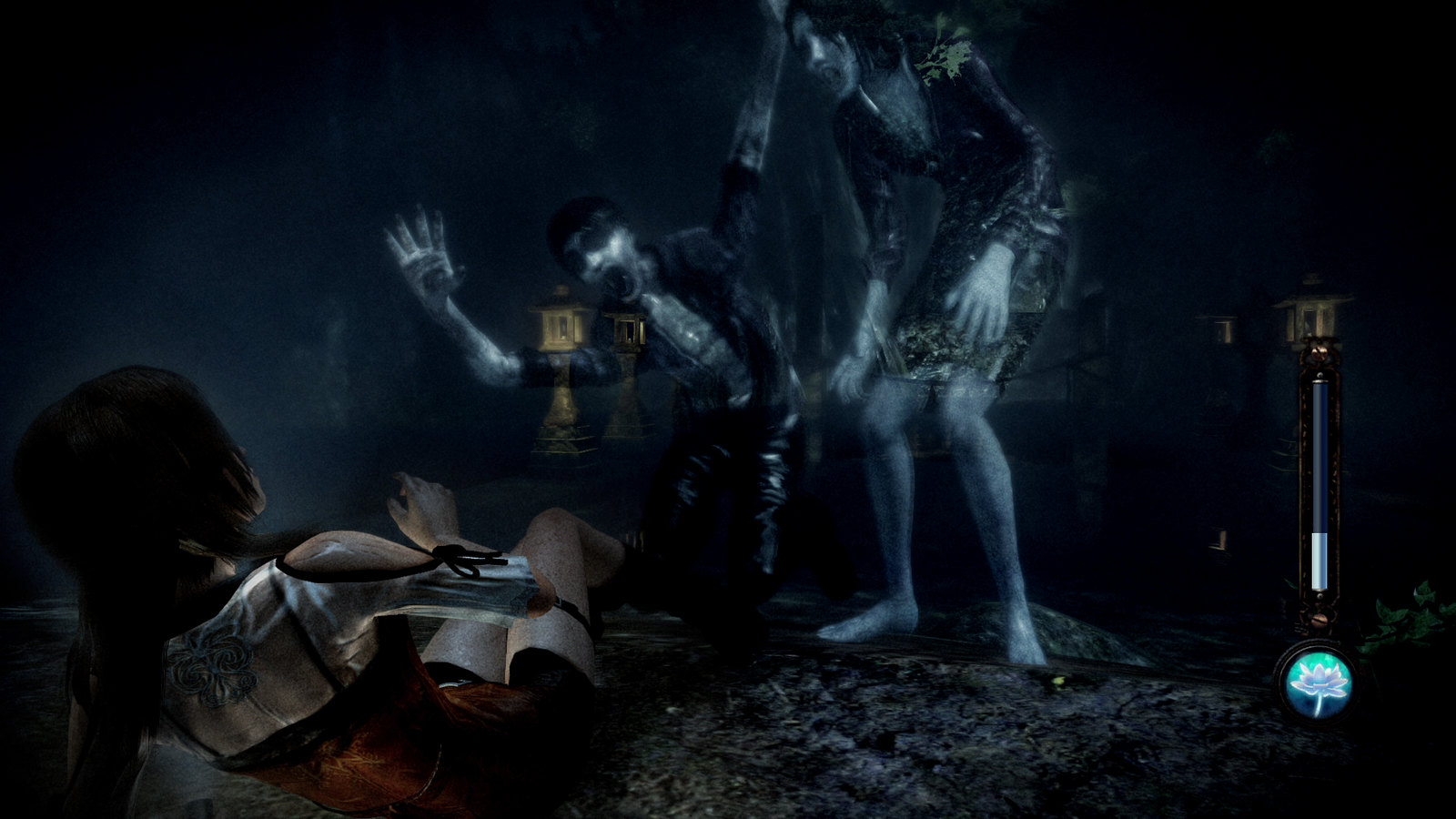 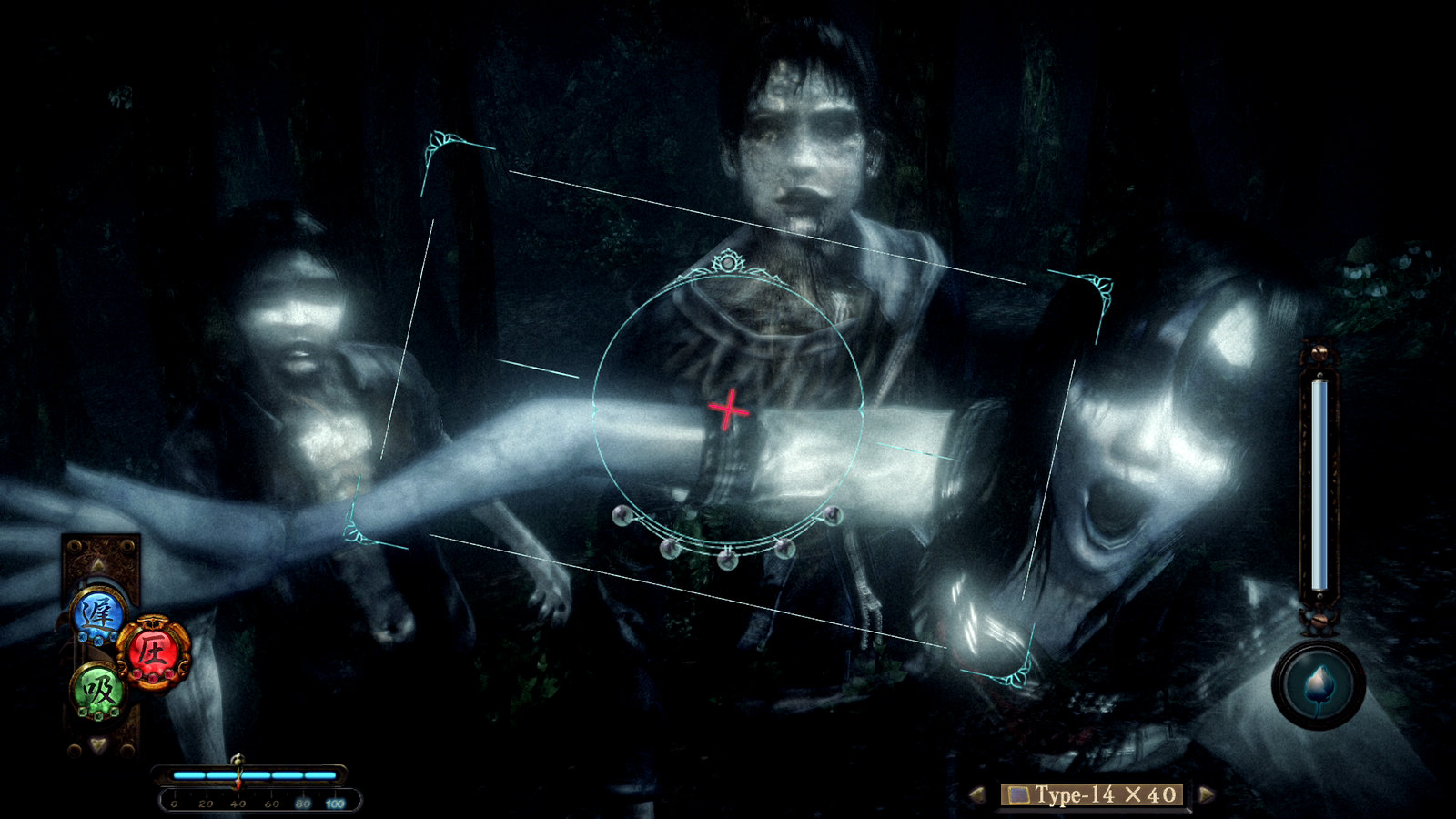 Sonic Movie 3 will release on December 20th, 2024
Microsoft Says Sony Will Benefit From Launching First-Party Games on PS Plus
New Overwatch 2 character won’t get a public test
Exclusive: There’s A Powerful New Giratina Coming To The Pokémon Trading Card Game Soon
People hated Forspoken’s dialogue so much that it made ‘Joss Whedon’ trend on Twitter