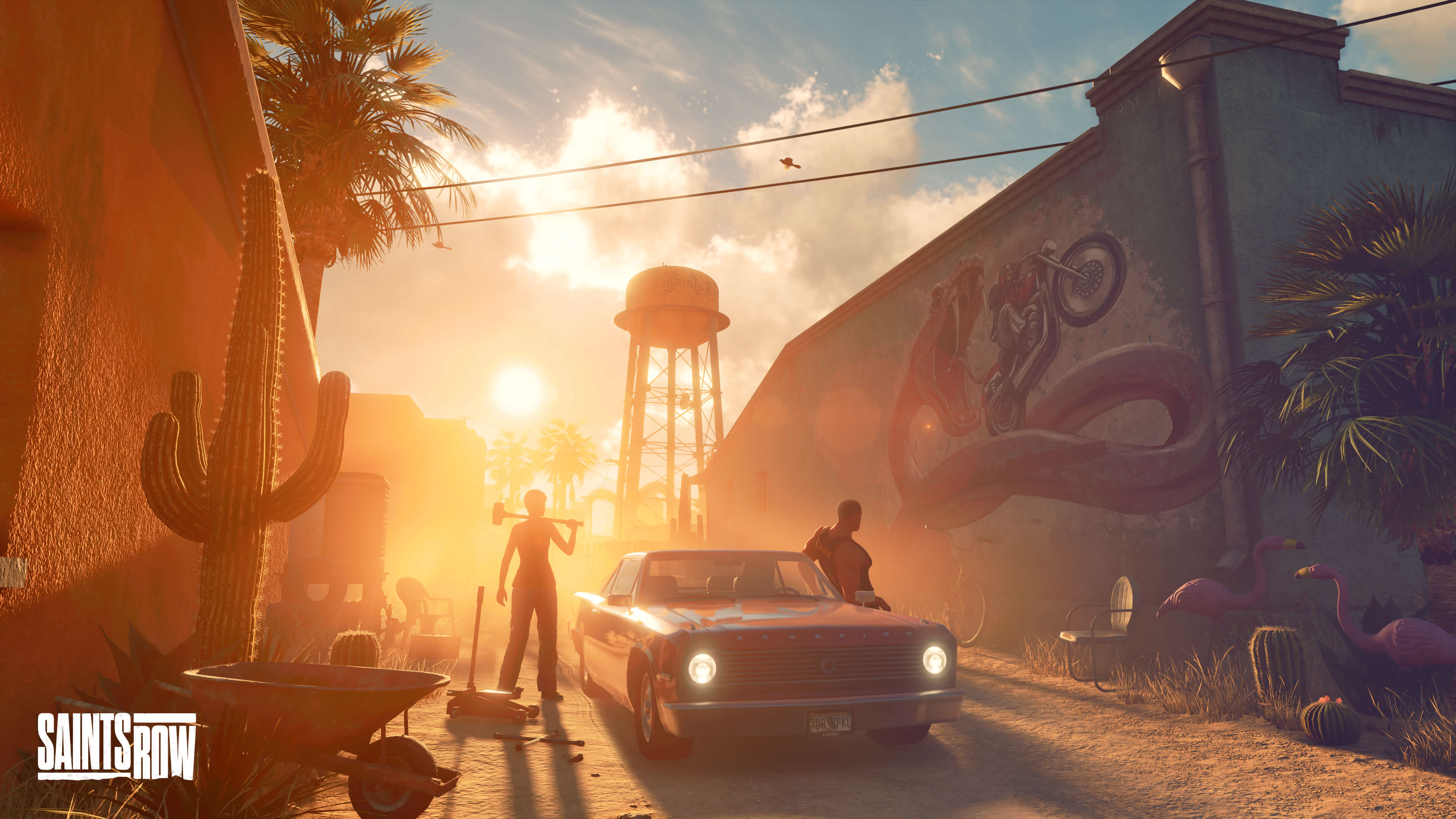 Gameplay from two of the opening missions of the new Saints Row has been released by Volition, in partnership with Game Informer, giving us a better look than ever before at the tone and setup of the rebooted game.

If you’ve already seen the previous videos focusing on vehicles and car combat and the world of Santo Ileso, you’re probably ready to see how it all fits together in some honest-to-God, actual missions.

Bear in mind that the video embedded above is still using pre-alpha footage, so if it looks rough in patches, that’s why. Early build teething problems aside, the capture does show off some pretty smooth animations, nice UI elements and some consistently gorgeous writing.

The video includes clips from two levels; Making Rent and Idol Threat, allowing us a bit of insight into the very GTA-inspired mission structure and setup of the gameplay in the title. That’s not really surprising, though, given Saints Row has always drawn comparisons to Rockstar’s hit sandbox series.

This freshly rebooted and more toned-down take on Saints Row was revealed during gamescom Opening Night Live, and follows the exploits of a group of friends who embark on their own criminal venture in a bid to become Self Made. It’s looking pretty promising, and is exactly the sort of reboot the series needed, at least according to Alex in our Saints Row preview.

Saints Row will be released February 25 on PC via Epic Games Store, PS4, PS5, Xbox One, and Xbox Series X/S.

Former Konami Employee Who Had P.T. Delisted Speaks Out
Splatoon 3 appears to support AMD’s impressive upscaling tech
Skydance and Amy Hennig’s AAA Marvel Game May Be Fantastic Four
Talking Point: How Were You Introduced To Metroid?
How To Fix PS Remote Play ‘Something Went Wrong’ Error