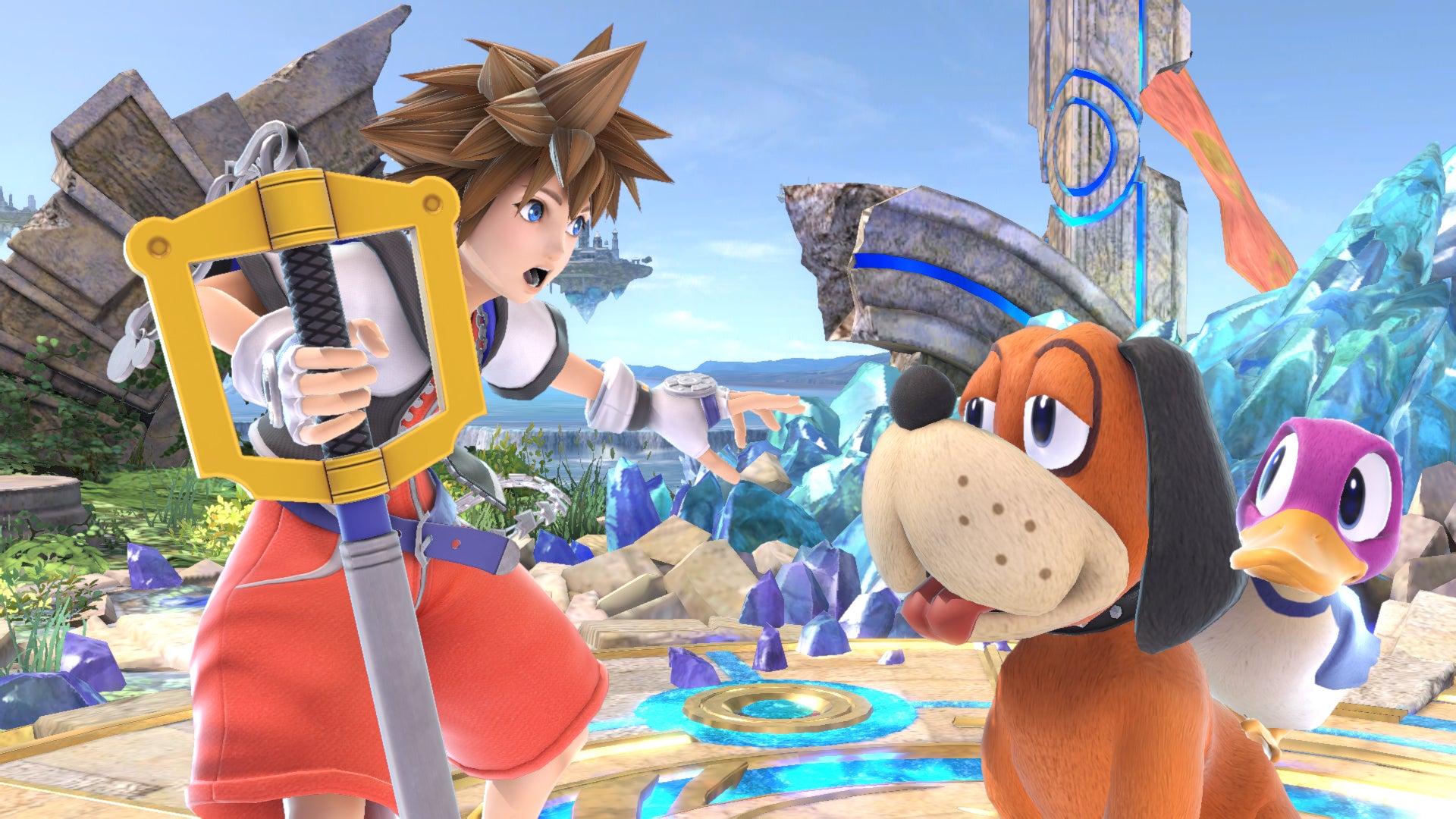 Nintendo put smiles on a lot of faces when it revealed that Kingdom Hearts’ Sora was to be Super Smash Bros. Ultimate’s final fighter to join the roster. Now Sora is out, I’ve put him through his paces to see how he stacks up.

In the video above you can see what I think about Sora. As someone who has put a lot of time into Smash Bros. Ultimate since its release, Sora feels good.

Sora is most definitely a character that thrives in the air and is quite easy to pick up and play. He has a few auto combos that can be canceled out of to go into your other moves or, if you get the timing right, straight back into the auto combo.

The Kingdom Hearts protagonist has some of the best recovery in the game with his up special that can be followed up by his side special, allowing you to take a lot of risks off stage, and this up special kills reliably at mid to high percents.

Sora also has some great utility with neutral special spells fireball, lightning and ice. These spells are great for creating space since he’s one of the slower characters.

He is a little bit too floaty for me, even more so than Jigglypuff, Peach and Samus. He has moderate air control but it’s not enough for my play style.

Sora’s fall speed is incredibly slow, and I feel like if your opponent is on the ground and you’re trying to land, it’s easier than usual for them to get underneath you and do as they please, even with air dodging.

Sora’s counter feels good and I feel like that’s the deterrent for people who won’t let you land back on the stage.

All in all, he’s fun to play. He wouldn’t be my first pick in a friendly tournament amongst friends but if I hit random and got Sora I wouldn’t be mad about it.

For more info on upcoming games, head over to our video game release dates page. For more from Nintendo, why not check out our review of the brilliant Metroid Dread.