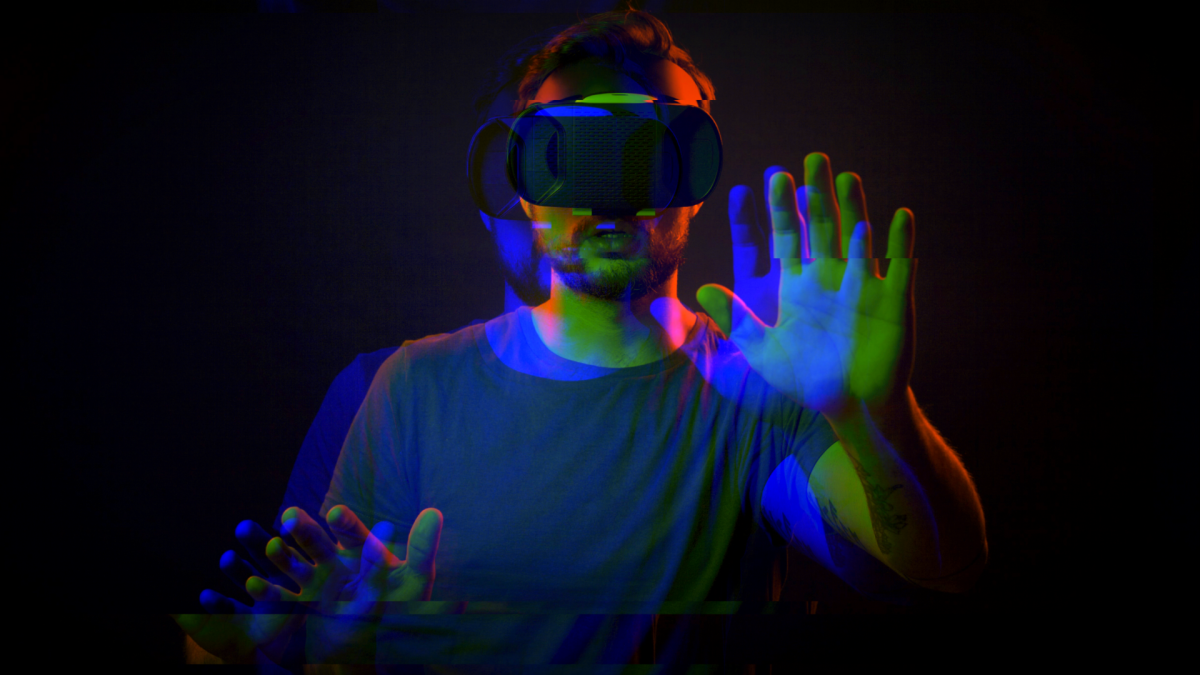 Halloween is fast approaching and we have the perfect trick to get you into the spooky season spirit: play one of these frightening horror VR games.

If you find that scary movies aren’t terrifying enough for you anymore, then these games will be the perfect cure – they put you right in the middle of the action and are sure to give you a proper fright.

Whether you’re rocking the standalone Oculus Quest 2, PC VR headsets like the HTC Vive or Valve Index, or you’re a PlayStation owner with PSVR, we have a mix of games for you to choose from.

From survival-horror adventures, comedy-horror stories and downright disturbing thrillers, you’re sure to find something on this list that will send your heart rate through the roof.

Resident Evil 4 VR is an incredible remake of the classic survival horror game for the Oculus Quest 2 platform. Armed with nothing but a knife, handgun, and the tools you can scavenge on the way, you’ll have to fend off parasite-infected brutes and monsters on your mission to rescue the U.S. President’s daughter.

Thanks to the great array of comfort options available, this is a game that will leave you frightened instead of queasy. The immersive controls are awesome, too: you’ll really feel like Leon S. Kennedy as you stare down a horde of angry villagers trying to tear you limb from limb – it’s enough to get your heart racing.

If you own a PSVR headset instead, why not try out Resident Evil 7: Biohazard? This game features a lot of what’s great about Resident Evil 4 in VR, facing you off against equally terrifying odds as you try to escape the ranch of the wicked Baker family.

Phasmophobia is a terrific VR game if you want something to enjoy with your mates, and you can play with them whether they’re using a headset or just a PC using its online co-op mode.

Working as a team of up to four investigators, you and your friends will have to explore haunted locations to gather evidence relating to paranormal activity. Watch out, though, as the ghosts aren’t too happy to have you disturb their final resting place.

Sure, you can play on your regular PC, but slipping on a VR headset immerses you in the experience in a more satisfying way. The ghosts will seem much more terrifying, and the game’s sinister atmosphere is intensified greatly when you’re placed right at the heart of the action.

The Five Nights at Freddy’s series has become synonymous with first-person jump-scare filled terror, and this VR entry in the series is no different. If anything, Help Wanted’s more immersive nature only ups the sense of dread you feel when you eventually spot that an animatronic is missing from its usual position.

As with other games in the franchise, you take on the role of the world’s unluckiest nightguard, who is tasked with watching over Chuck E. Cheese-style animatronics that seemingly come to life overnight. Using cameras, lights, disguises, and door controls, you’ll have to stay hidden from the monsters and survive until morning.

If you’ve tried a Five Nights at Freddy’s game before and weren’t a fan of the somewhat repetitive gameplay, Help Wanted might not mix up the formula enough to keep you engaged beyond the odd optional minigame. In our view, Help Wanted is by far the scariest entry in the series, though, and well worth a try for both long-time fans and newcomers.

If you’re looking to get even more into the spooky season spirit, the game’s Halloween-themed Curse of Dreadbear DLC expansion could be exactly what you need.

There are plenty of great VR games inspired by popular horror movie franchises such as Blair Witch. If you’re after an out-and-out fright fest, however, The Exorcist: Legion VR is a disturbing pick you won’t want to ignore.

Instead of relying on cheap jump scares, The Exorcist develops an atmosphere that will send shivers down your spine throughout its five chapters. But the gameplay itself isn’t the most challenging, with most of the game’s difficulty coming from having to face the dark unknown head-on.

Whether you love the horror movie series or haven’t seen a single one of the films, this is a great VR horror game pick you should definitely try out if you enjoy getting scared.

If you’re after the ultimate haunted house experience this Halloween, you can’t do better than Wraith: The Oblivion – Afterlife. The sprawling spooky mansion that the game takes place in perfectly balances a grand sense of scale, yet can still leave you feeling claustrophobic as you navigate its labyrinth of halls and corridors.

In this slight twist on the genre, you get to play as an undead creature yourself: i.e. a Wraith. However, while your powers come in handy as you attempt to solve the mystery behind your own death, they won’t protect you from the terrifying monsters also roaming the mansion’s halls.

These spectres help to create some true horror-film experiences, causing tense moments where you’ll instinctively hold your breath to stop them from finding you while you hide in a cupboard.

PSVR players – Wraith: The Oblivion – Afterlife will hit your platform of choice on October 27, just in time for Halloween.

If you want a few chuckles to help break up the scares you might like Hello Puppets! VR. This unique horror-comedy game will take you through a long-abandoned studio for a muppets knock-off called Mortimer’s Handeemen.

The studio’s mascots have been brought to life as evil incarnations of their former selves, and they need your body to help complete their sinister goals – a pretty standard horror plot.

This game is definitely more horror than comedy, but Scout – your talking hand puppet companion – helps to bring about many moments of levity and is always right beside you as you face the terrors this game has to offer.

Arizona Sunshine is perhaps the least horror-filled entry on this list, especially if you play it with friends. But, if you want to give the undead what’s coming to them, you’ll love this survival horror title.

The game’s realistic gunplay helps immerse you in its expertly crafted levels where you and up to three co-op buddies will have an absolute blast as you fight for your lives against a horde of the undead.

It’s also the oldest entry on this list – it released almost five years ago – but it’s just as amazing today. If anything, its age might mean you can nab this game during a sale or in a discounted bundle with its DLC, which is never a bad thing.

Duck Season will take you back to your favorite childhood memories of playing classic games like Duck Hunt, then pull you into a terrifying nightmare as its dark story unfolds.

This horror game, which is set in a 1980s inspired world, is an excellent pick for anyone who enjoys solving mysteries and uncovering secrets. While there’s a dog featured prominently in this adventure, though, we promise it’s nothing like Scooby Doo.

Completing one storyline will only take you an hour or so, which isn’t very long for a game at all. Still, there’s so much more hidden in this game that you’ll want to keep coming back for more.