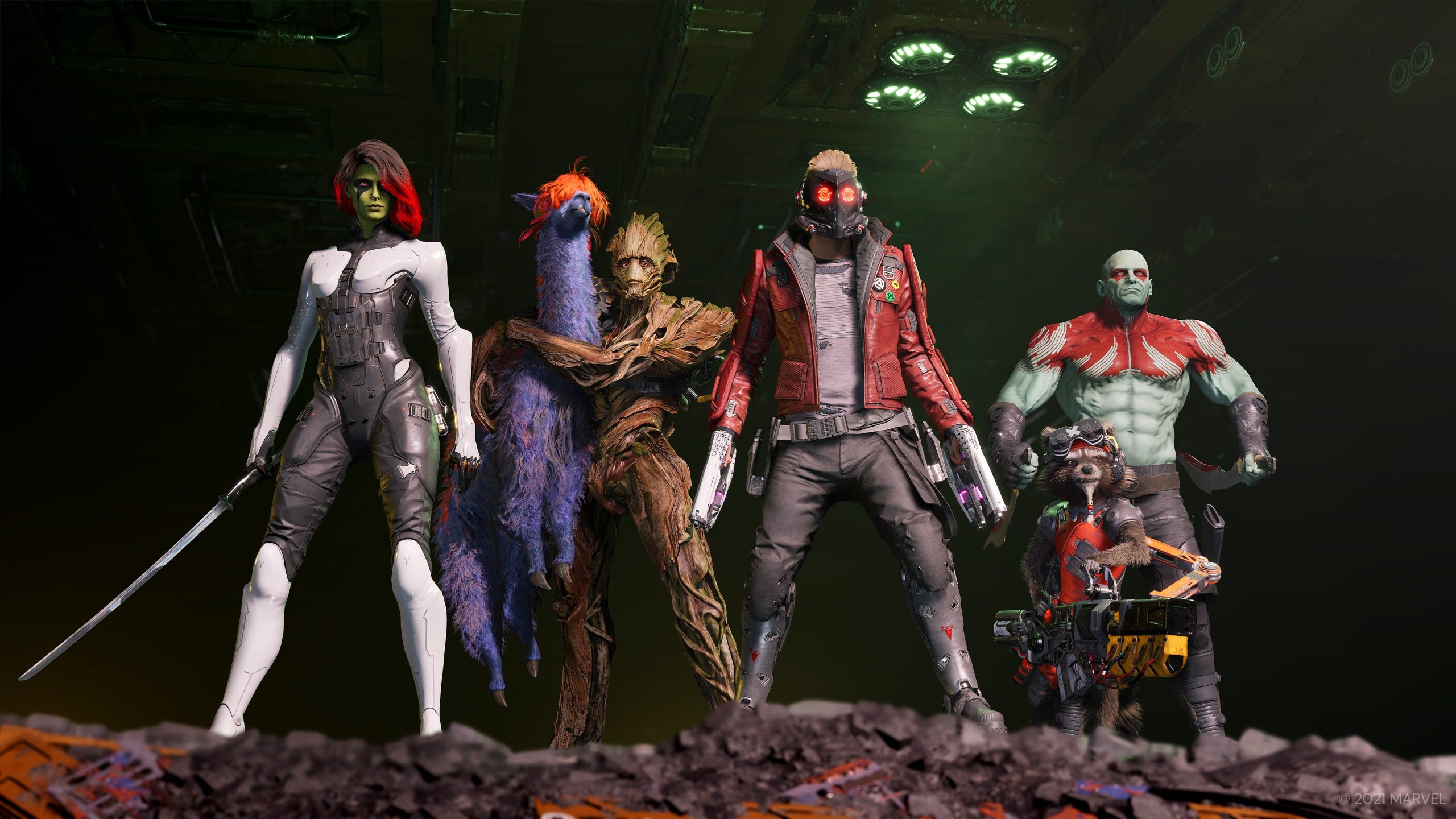 Are you ready to take on a wild ride across the cosmos? Marvel’s Guardians of the Galaxy are here!

Available to purchase and download right now on Xbox One, Xbox Series X|S, PS4, PS5 and PC, as well as playable through GeForce NOW, Marvel’s Guardians of the Galaxy is Square Enix’s latest attempt to ensure the Marvel universe never stops spinning – and this could well be the best video game adaptation yet.

Priced at £59.99 for the Standard Edition, or coming in at £69.99 for the Digital Deluxe Edition, which contains further outfits, a soundtrack and digital artbook, Marvel’s Guardians of the Galaxy sees you becoming Star-Lord – leader of the most rag-tag, oddball bunch of heroes you are ever likely to find.

From there, it’s up to you to save the universe from interplanetary meltdown, taking on all who get in your way and pulling off the odd dropkick and tag-team beatdowns. It’s an experience that is likely to keep you right on point, fully on your toes at all times as you and the Guardians get caught up in a fight against the fate of the galaxy.

Whilst Marvel’s Avengers may not have gone down quite as well as Square Enix would have hoped – although honestly, we’re loving the Xbox Series X|S version with the enhancements it brings – Marvel’s Guardians of the Galaxy looks to be an altogether different kettle of fish.

We’ll be sure to drop you some review thoughts on how it all plays out soon, but for now you can head to the digital store of your choosing – the Xbox Store being ours – and grab the download you require, all in order to prove yourself as a full-on Guardian of the Galaxy.

Let us know if you pick it up.

Fire up a wild ride across the cosmos with a fresh take on Marvel’s Guardians of the Galaxy. In this third-person action-adventure game, you are Star-Lord, and thanks to your bold yet questionable leadership, you have persuaded an oddball crew of unlikely heroes to join you. Some jerk (surely not you) has set off a chain of catastrophic events, and only you can hold the unpredictable Guardians together long enough to fight off total interplanetary meltdown. Use Element Blasters, tag-team beat downs, jet boot-powered dropkicks, nothing’s off-limits. If you think it’s all going to plan, you’re in for a world of surprises, with the consequences of your actions guaranteed to keep the Guardians on their toes. In this original Marvel’s Guardians of the Galaxy story, you’ll cross paths with powerful new beings and unique takes on iconic characters, all caught in a struggle for the galaxy’s fate. It’s time to show the universe what you’re made of. You got this. Probably.