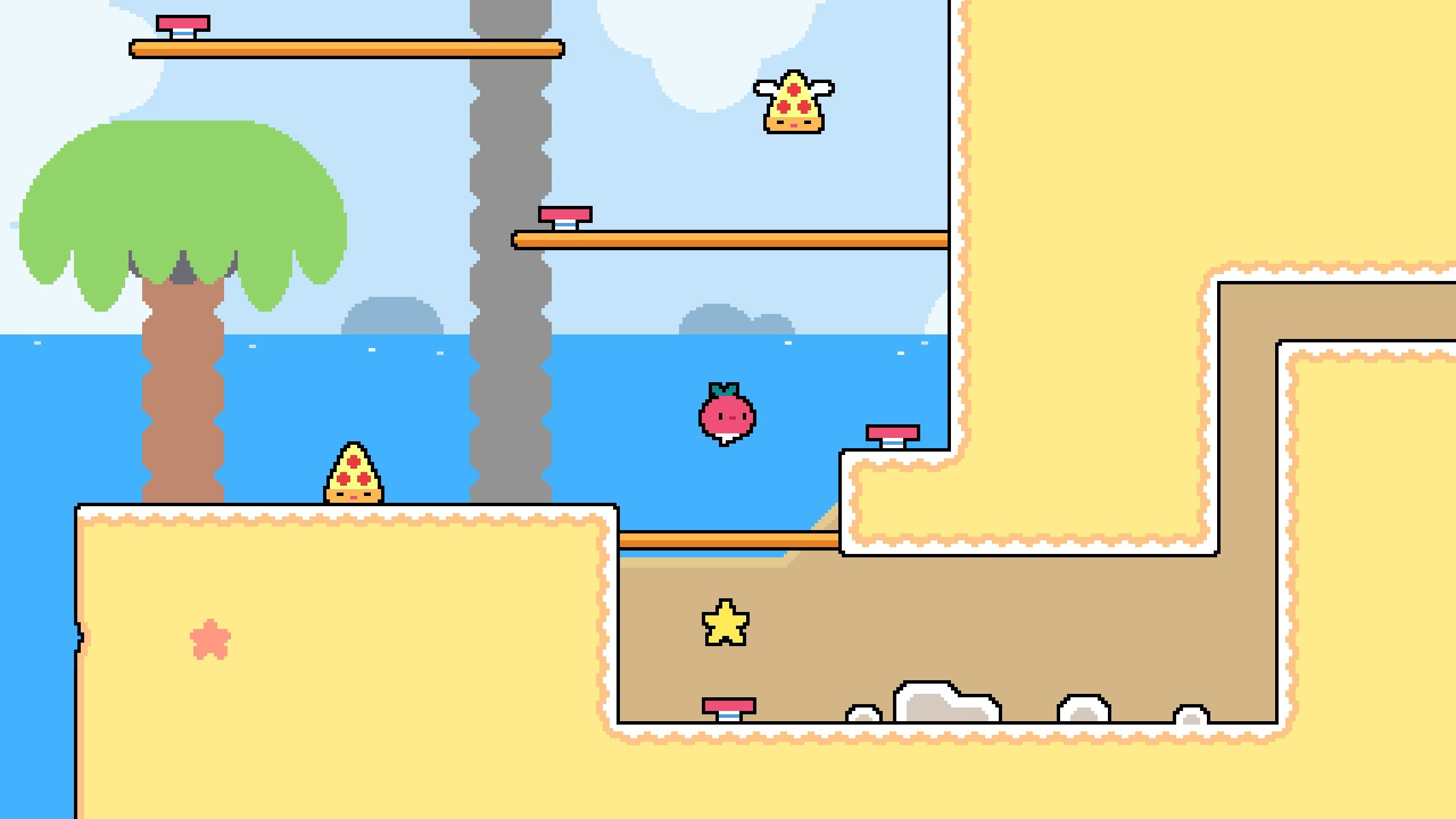 Previously available on Switch, PlayStation and mobile, the daring duo of Dadish and Dadish 2 have now rocked up on Xbox.

Created by one Thomas K Young, the arrival of Dadish and Dadish 2 will see Xbox One and Xbox Series X|S players given the opportunity to join Dadish in a couple of neat little adventures.

Dadish – if the name hadn’t given it all away – is a radish, but he’s also a dad, albeit not a very good one as his kids have gone missing from the vegetable patch which they call home. It’s up to you to help him recover the little ones, going up against fast-food foes and the usual challenge that any platforming adventure brings.

The original Dadish should be the one you are initially drawn to, and the £8.39 asking price that is attached seems low enough to enable anyone even remotely interested in radishes to get involved.

But then, Dadish is accompanied by Dadish 2 for good measure as our titular hero takes on his grandest adventure yet. This time around Dadish has lost his kids after a ‘Bring your kids to work day’ has gone wrong, and so yet again the search unfolds. Dadish 2 promises to take the basics from the game which came before it before sending old Dadish and players off on a journey through swamps, up trees and into outer space.

It seems like Thomas was enthused by the initial reaction to Dadish so much that going crazy with Dadish 2 was on the cards.

You’ll find both Dadish and Dadish 2 available from the Xbox Store, playable on Xbox One and Xbox Series X|S. Let us know if you decide to pick either, or both, up.

Stay tuned for a review from us too. We’re more than up for taking in these two adventures so will drop some thoughts once we’ve joined old Dadish.

He’s a dad AND a radish! His kids have gone missing from the vegetable patch, and he needs your help to find them. Explore an exciting world, face off with fast-food themed foes, and reunite Dadish with his missing children in this challenging platforming adventure.

He’s a dad and a radish, and he’s back in his biggest adventure yet! After an impromptu “Bring Your Kids To Work Day” goes awry, Dadish sets off to find his missing children. Along the way he’ll wade through swamps, ride rockets, climb a big tree, and even visit outer space! Help reunite Dadish with his missing kids in this charming and challenging platforming adventure.