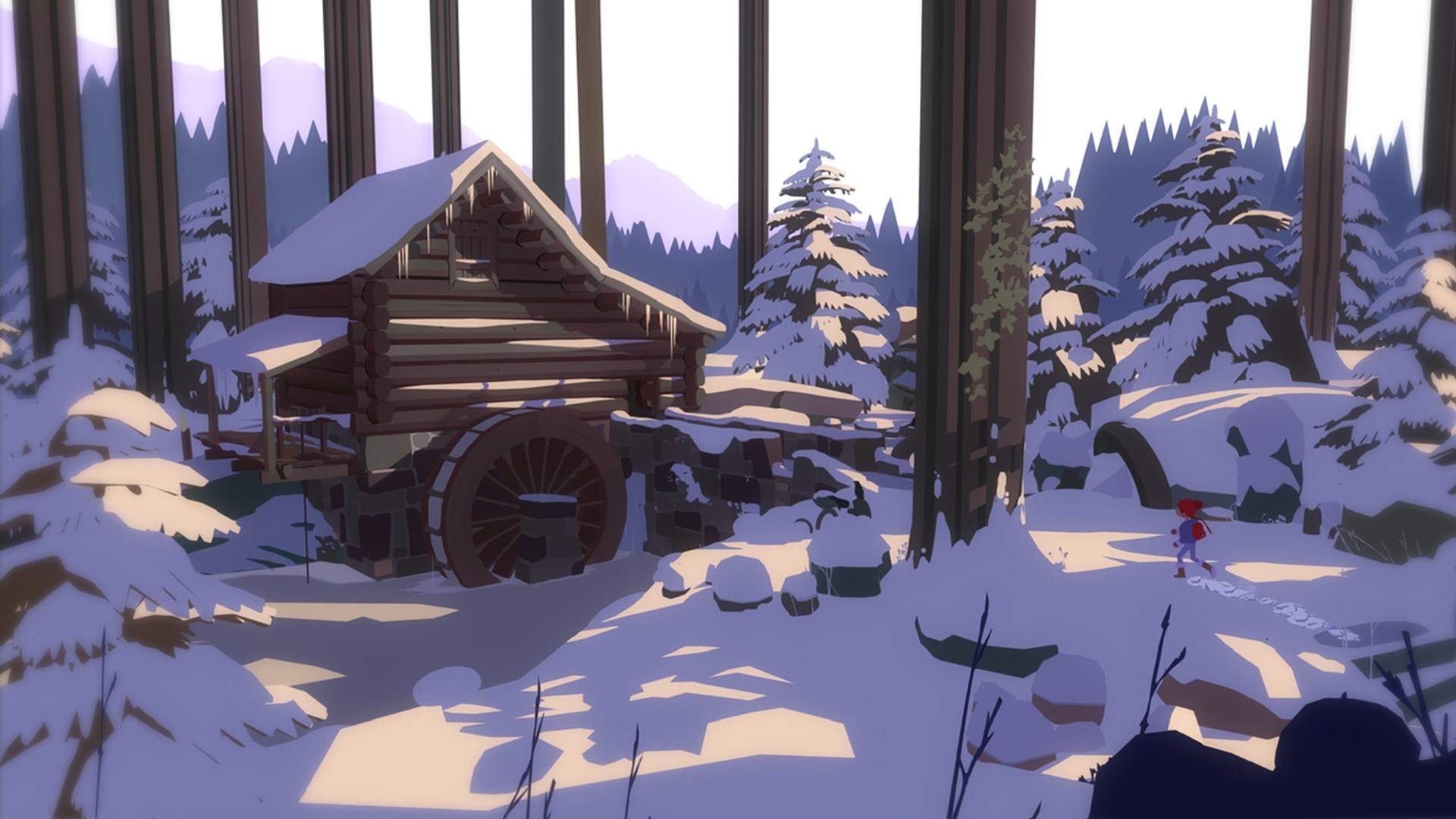 We were faintly aware of Röki happening on other systems back in June 2020. It launched on PC and Switch to some chin-stroking and appreciation, but it was a low murmur rather than anything that might get mentioned on the award circuit. We dismissed it as pretty but empty, and mentally logged it as something we would play if it finally landed on Xbox.

How wrong we were. Röki is one of those games that we want to run around to friends’ houses, pressing it into their palms and telling them to play it now. It’s a soulful, gorgeous game, as if peak-era Jim Henson decamped to Scandinavia with a development team to make his gaming opus. If you have even a passing interest in narrative-driven games and graphic adventures, boot up the Microsoft Store and start it queuing now.

It’s a minor miracle that this is a debut game from a Scottish studio. Polygon Treehouse is a Dundee-based outfit led by Alex Kanaris-Sotiriou, a Playstation and Guerrilla alumnus. For this to be their first game is impressive enough, but for it to feel so authentically steeped in Scandinavian imagery and mythology is worthy of high praise.

You start Röki in the real world. You are Tove, a young girl who has to act beyond her years to look after her younger brother, Lucas, and to tend to the housework that her father cannot or will not do, as he spends his time asleep in a rocking chair. Your family home is deep in the mountains, so there’s very little connection to anyone who might help you. It’s clear that you have recently lost your mother in a tragedy that none of you will talk about.

Your family is hanging on by a thread, and that thread gets severed when a huge Last Guardian-like creature, the Röki of the title, rams its hand into your home, clearly searching for something. You run, but the beast sniffs you out, and takes Lucas through a portal deep in the forest. But Tove isn’t going to give up that easily, and she follows behind.

This is all prologue, as Röki’s world is where the main thrust of the adventure begins. It’s also when Röki is at its absolute zenith. It’s never better when a new area opens up to you, and you unearth its characters and creatures.

There are so many reasons why Röki’s world works so well. It’s clearly beautiful, wisely using its limited palette and simplistic shapes to create crisp designs. The beast, Röki, is barely more than a black silhouette and some white eyes and teeth, but it communicates weight and menace. A sea creature called the Nokken is horrible, tentacles rising up to a prolonged, open-mouthed head, like the most threatening toilet-brush you could encounter. Smaller creatures glow with personality, too. The Tomte, effectively garden gnomes, do a wonderful tin-toy dance when they’re saved, and we wanted to cuddle them and put them on a shelf for Christmas.

But there’s something mournful about Röki’s world that makes it so special. Like Dark Crystal’s world, or Return to Oz, there is a sense that this is a proud, powerful and fantastical world that is dying. Trolls lie inactive, covered in fungi and moss. A network of magical trees is covered in ravens, their thousands of eyes shut. The guardian gods of this world, the Jötun, sleep with corruption covering their bodies, as they give in to terrible parasites that fill them with nightmares.

Röki feels like you are on a campaign to wake up the world. Lumber mills power up, the world changes and gods wake. But you’re never quite sure if your actions are of benefit: almost like antibodies, the corruption fights back and covers the world further.

Mechanically, Röki is reasonably conventional. This is a graphic adventure without the cursor, as you move Tove about the world and find things to interact with and pick up. You open up new areas and, with a tap of the left analogue stick, you can flash everything that’s worthwhile. It’s a reasonably sparse point-and-click – often there are only a few things in the room to use or talk to – which has the effect of making the world seem huge, in turn making you inconsequential. You never lose the feeling that you’re David against Goliath in your search for Lucas.

The controls are a little hit and miss, as they often are with graphic adventures on console. Using items on areas in the game world is the biggest hiccup: the item moves sluggishly as you try to combine things, and it’s most problematic when you’re using a number of things in sequence. A section where you’re growing and shrinking mushrooms is clumsy, for example, especially if you’re not getting things correct the first time round.

But controls aside, Röki is an exemplary adventure. You’ll be given so many shopping lists at the start of the game that you’ll wonder how you’ll ever complete one, but the game blossoms out and you find yourself making progress. We checked a guide only once or twice (those mushrooms again), which is a compliment to the game’s logic, but also how it instils a determination to do it all yourself.

While there are only two chapters, Röki uses their space brilliantly. The areas you start in will both be hubs that you return to repeatedly, but you’re pushing further out in various directions and deepening your relationships with the characters you come across. Rather than journey onwards and forget about all the locations you’ve passed, you’re staying in one place and enriching your knowledge of it. It’s strange to think that Röki has only two areas to explore, but it uses them to collect ten hours of gameplay, and does so without repeating itself.

As we approached the end of Röki, our experience became bittersweet. It was taking us on a journey to the characters that we cared about least (some intermittent cutscenes take you to the enemy’s fortress, and they’re just too uninteractive and stilted, slowing the game down), but more importantly it meant that this wonderful game was ending. Just like that other pillar of Jim Henson’s work, Labyrinth, we had that melancholy feeling that, through all the hazards, we had made friends and we didn’t want to leave.

What a special game Röki is. We’ll scatter about the usual caveats that this is a narrative-heavy game so won’t be for everyone, but really it should be. The crown upon it all is Röki’s world, which manages to simultaneously be dying but also teeming with life. It’s just so full of personality, and we wanted to lift more of its rocks to see which creatures jumped to life. Put aside any allergies you might have to point-and-click adventures, and drink in Röki’s world.

You can buy Röki for £16.24 from the Xbox Store for Xbox One and Xbox Series X|S