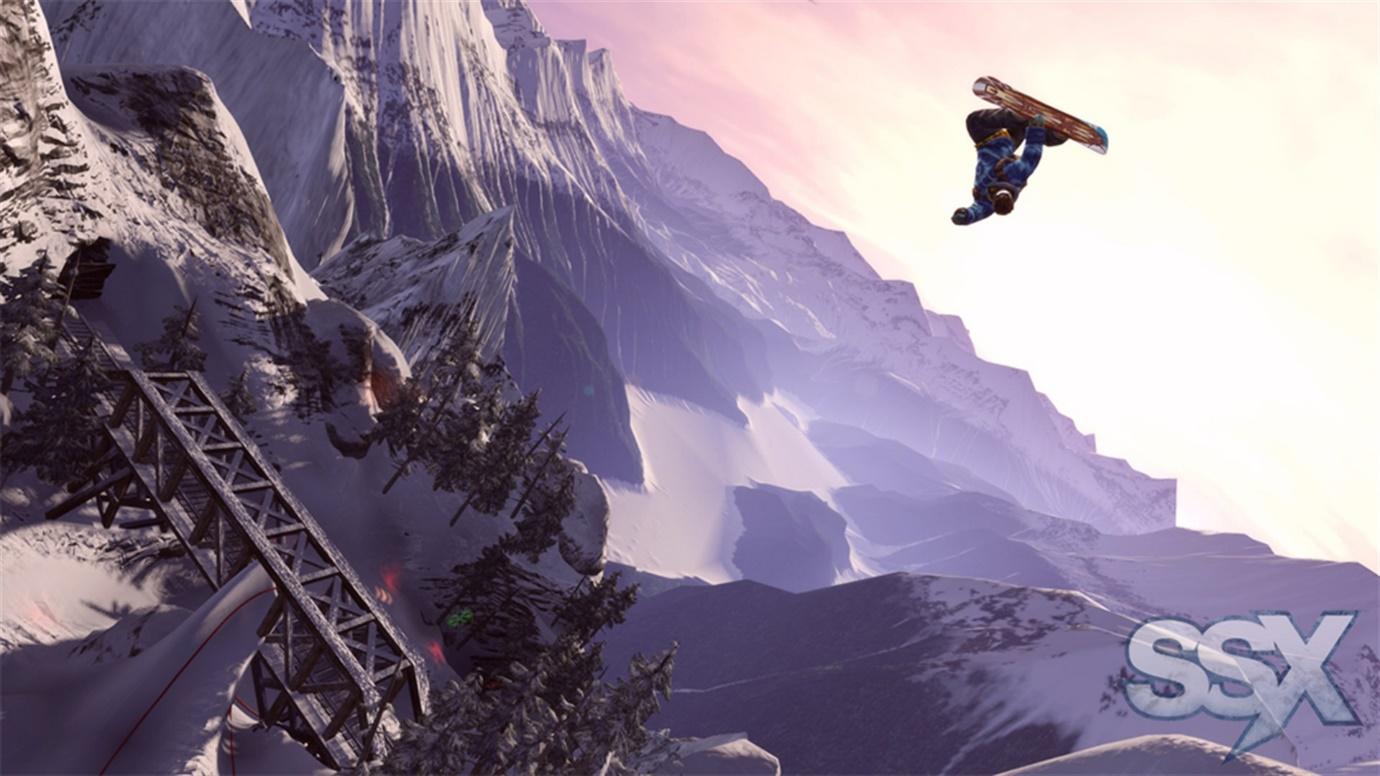 When anyone ever mentions SSX on the world wide web, a friendly debate usually starts up regarding the best SSX game. (FWIW it is obviously SSX 3). However, each game in the series has its own merits; things it does better than the others. Which is why I struggle to understand why the series has been dormant for ten years without so much as a remaster.

Indeed, the 2012 release of SSX on PlayStation and Xbox felt like a reboot for the series. But even this game is ten years old now, and the series has been left in limbo ever since. Could it be something to do with the change in direction the 2012 SSX went in?

Formally announced during the 2010 Spike Video Game Awards – the precursor to The Game Awards – it was initially announced as SSX: Deadly Descents. The reveal trailer appeared to ditch the over-the-top tricks and brightly designed tracks the series was known for. Instead, we were given a real-world location and a rider that looked like he was simply trying to survive more than anything else.

Feedback wasn’t overwhelming from this reveal and as a result, the Deadly Descents subtitle was removed; although the actual gameplay element attached to these Deadly Descents remained. Later trailers would also re-introduce a bit more colour and lightheartedness.

I was fortunate enough to play SSX early during the short-lived GAMEfest Expo. It was a toss-up between this and EuroGamer Expo – which became EGX – but because GAMEfest was ‘slightly’ more northern in Birmingham, UK, it was easier to get to.

There, they had an EA booth showcasing some early builds of their upcoming titles, and SSX was one of them. This and Sonic Generations were the two titles I was most interested in trying, and SSX had the bonus of running a highscore tournament. I was certainly slightly better than average at SSX from the hundreds of hours spent playing the original trilogy, so I fancied my chances. Things didn’t quite work out the way I had intended, and that wasn’t because of my delusions of grandeur. Here is – to the best of my memory – the conversation I had with the community team at the EA booth. Hopefully my disappointment is conveyed:

Me – “Hi there. I am here for the SSX competition”

EA – “Ermm. I tell you what, I’ll give you three runs on this level we have set up and we’ll take your highest score.”

I proceed to put a score down

EA – “Ah just stick around. If no one else comes within the next 20 minutes, we’ll give you some prizes.”

EA – “Well it looks like you’ve won. As I said before I wasn’t aware we were running a competition so we don’t really have a prize, but I can offer you some FIFA merch?”

Hands over mini football and notepad

Thus ended my eSports career. Such was the disappointment of not receiving some sweet SSX swag, I vowed to never pursue an eSports career there and then. Not that SSX has an eSports community, but this could have been the gateway drug.

Upon its formal release on February 28th 2012, SSX received positive reviews. Many commented that this was the franchise that they had been hoping for on newer hardware, myself included. It was one of those games I had pre-ordered as soon as it became available to do so. And I wasn’t disappointed. But, likewise, nor was I blown away.

The main menu was the world map, which was impressive. You could choose from a variety of mountain ranges to slide down. Many were locked away from the start, only opening up once you have completed the necessary Deadly Descent.

These Deadly Descents were nine levels spread out through the single player campaign that rewrote the SSX formula. You weren’t in a race or a freestyle even here. Instead, you were simply trying to reach the bottom of the run. Akin to the real-life black diamond runs, these highly treacherous runs would take all the riders’ skill to survive them. Each Deadly Descent also featured their own unique mechanic such as avalanches, low oxygen or huge chasms to wingsuit over. Each descent has its own unique equippable item that had its own unique mechanic and for the most part, were well thought out.

Online multiplayer also returned, but not quite as people would have hoped. Multiplayer in SSX was asynchronous; a select few tracks were highlighted each day, with riders posting their best times and scores to an online leaderboard. Prizes were awarded to how well you placed. As someone whose formative multiplayer years were spent with friends on SSX 3, Burnout 3: Takedown and TimeSplitters 2, this was a disappointing multiplayer mode.

Live multiplayer racing and freestyle events did actually arrive in a post-release patch.

SSX did have an innovative collectible system though. Players themselves were the ones to place the collectibles for others to collect, known as Geotags. It also meant there was a steady stream of new items to find once you had discovered all the developer placed ones.

Before that, another piece of DLC was released that brought back some classic characters from the franchise along with a new mountain. This was decked out in a more traditional SSX style and felt much more true to the series. Honestly, it felt like the post-release stuff was what the fans really wanted from the very beginning.

And it would be remiss to not talk about an SSX game without mentioning the soundtrack. Whereas previous titles had featured more rock from the likes of Thrice, Yellowcard and even Iron Maiden, SSX 2012 had a much more dubstep/drum and bass sound to it. SSX 2012 even featured songs created specifically for the game. The likes of The Qemists, Camo & Krooked and Raffertie all contributed new music that could be heard during the Deadly Descents. One thing the franchise has always nailed is the soundtrack, and this was no exception either.

Now I’m not saying SSX 2012 was a bad game, but between the changing of the title and the post-launch content, it felt like the developers didn’t exactly know what players wanted. The Uber tricks of SSX Tricky and the open-world setting of SSX 3 should have laid the foundations for the franchise from there on in. But ever since SSX On Tour, the franchise has spluttered along. SSX Blur, for example, only released on the Nintendo Wii. The 2012 version of SSX was a chance to bring the series back in a huge way, but it missed the fundamentals. It was still a very competent snowboarding game, but not necessarily a true SSX title. And no, I’m not still bitter about my lack of SSX merch. Ok, maybe I am, but it doesn’t cloud my judgement or my feelings towards this game.

SSX 2012 – along with SSX 3 – are backwards compatible for Xbox. And somewhat surprisingly for EA, the servers are still open. Despite my reservations, I do plan on returning to it properly in the near future. I have been sat at 44/50 achievements since August 2012 and I am determined to get what would be a difficult 1000G. Maybe when the servers do close it will spur me into action.

As for the future of the series, I think this is it. This ten year look back has reminded me of how long it has been. The likes of Steep, Riders Republic and more have tried to take the crown but have been nowhere close. SSX brought snowboarding to the videogame masses, and there will never be another like it.

Want to check out SSX? The Xbox Store is your best bet. It’s included in EA Play and playable on Xbox One and Xbox Series X|S.