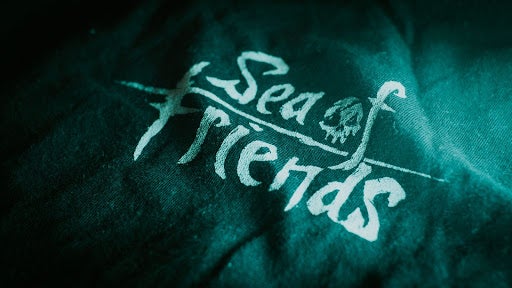 Rare’s “what if pirates also enjoyed solving puzzles” thought-experiment Sea of Thieves is once again shaping up for a successful year. As if 2021’s introduction of Seasons with Battle Pass-esque cosmetic unlocks and a full narrative-focused Pirates of the Caribbean crossover wasn’t enough, Rare recently revealed that 2022 will see the addition of new, timed PvE events that contribute to an ongoing narrative, where the community’s actions can actually affect how the story pans out.

Speaking as a player who loves to sail about with his mates, blow up skeletons and solve riddles in spooky tombs, it all sounds fantastic. Yet it won’t ever be enough to entice some players of a similar mindset, because Sea of Thieves is a game where Rare keeps adding cool and interesting things to do, but on the understanding that you could at any moment be set upon by cackling goons who want to ruin your evening.

It’s not an MMO by any standards – indeed, you can sometimes go an entire session without seeing another player-controlled ship – but whenever you’re playing Sea of Thieves, you’re sharing a world with other players, each with their own goals. Some might just want to sail around and trade or catch some fish, while others have opted instead for murders. Crucially, the game rewards both.

The notion of people enjoying an online game about pirates while avoiding all conflict with other players might seem odd. The clue is in the game’s title, after all, which is why the PvP community loves to shout “It’s called Sea of Thieves, not Sea of Friends!!!” as they steal your stuff and repeatedly stab you.

Bad news, guys! This legally dubious t-shirt that I created out of sheer spite and regularly wear to family gatherings begs to differ:

But still, I get it. You wouldn’t load up GTA Online and complain that there are other criminals in it, would you?

The thing is, if you were to remove all hostile players from Sea of Thieves, you’d still be left with one of the greatest cooperative games ever made. After its initial launch in 2018, upon which many people (myself included) moaned about a distinct lack of things to do besides blow each other up, the volume and originality of the content that’s since been added to the game is staggering.

The jewel in the crown is the addition of Tall Tales – longer, more narrative-focused adventures where you and your friends collaboratively solve mysteries which can span the game’s entire map, and occasionally fight skeletons. Broadly speaking, you’re mostly still going after hidden treasure, but in a way that essentially turns the whole thing into a massive escape room. Whether you’re navigating by the constellations in the sky or a series of cryptic scribbles in a child’s sketchbook, they provide new ways of looking at the world and uncovering secrets that have been elegantly tucked away. The way they necessitate communication between your crew and allow each player to have their own breakthrough moments is nothing short of magical.

And yet, that magic is immediately dispelled if another crew decides to come after you, and essentially force you to abandon your ship (which may contain valuable treasure or key items essential to the Tall Tale) or spend the next hour engaging in a tedious war of attrition… which also usually ends in you abandoning your ship. Other crews vary in their skill level of course, but by and large if they’re sailing around picking fights with other ships, you can more or less guarantee they’ll have spent more time studying PvP play than you have.

It’s an interesting problem, but I don’t envy Rare in having to solve it. Every time it tweets about new updates to the game, there’s no shortage of people requesting the addition of PvE-only servers. Despite this, Rare has been entirely clear that this would go against the game’s core philosophy of maintaining the unease of a world where anyone could be a threat, not only providing an interesting difficulty variable, but making it all the more beautiful when you meet people who don’t want you dead. Certainly, I’ve a few great memories of bumping into other friendly crews – sometimes we’d actively help each other out, but other times it’s been something as simple as chatting to a father-and-son crew who were having a big Thieves session to celebrate Father’s Day.

One also wonders if it’s a matter of keeping player numbers up. The recent announcement that the PvP-focused Arena mode is to be removed from the game due to a lack of player engagement certainly suggests that very few players enjoy the act of blowing one another up, in and of itself. Rather, the thrill of PvP in Sea of Thieves seemingly lies in the much more popular pursuit of spotting other player ships loaded with treasure, getting the jump on them, and stealing all their stuff like an actual pirate would.

Personally I wouldn’t know, because I’m not a sociopath. But if you’ve built a live service game where a significant portion of your audience will keep playing as long as there are other people with valuables to steal, you’d be daft to cut them off from their prey, wouldn’t you?

Furthermore, the game’s PvE content is undoubtedly costly to produce, and if players can blissfully make their way through it before the next update, they’ll surely wander off and play something else. So by making sure that other players continue to be a potential threat, PvE-focused players inevitably end up spending more time within the game – even if they consider some of that time to have been somewhat wasted.

Last year’s A Pirate’s Life campaign represents the best sweet spot we’ve seen thus far, and is much more akin to GTA Online’s heists. Some parts of the campaign’s five chapters still take place in the open world, but the more focused, narrative-heavy sections see you transported to the Sea of the Damned, in which your crew is very clearly separated from everyone else. Cynically, you could suggest that this is mostly so that nobody blows you up while Jack Sparrow is talking, but it also allows for a very different kind of storytelling – much more scripted than the procedurally-generated chaos of the open world, but just as magical all the same.

Given that the game has gone from strength to strength since its launch, it’s clear that Rare has a keen eye for tracking player behaviours and making informed decisions on how to take things forward. But even so, continuing to expand the game while listening to community feedback must be a hell of a tightrope for it to walk. Sure, the addition of PvE servers might open the game up to a whole new audience, but is it worth the risk of driving away the PvP community? And in any case, would that new audience rattle through the Tall Tales, earn Pirate Legend status and then bugger off to play another game after a couple of months at most? Whatever your own feelings might be, it’s clearly a big risk.

And so, while I personally would love them to add PvE servers, I’ve come to accept their absence as a necessary evil for the game as a whole, even if it sometimes makes me feel a bit like that cow being lowered into the velociraptor enclosure in Jurassic Park.

For what it’s worth, if you’ve never played the game and you’ve been put off by talk of people getting griefed by bad bastards, my advice is to try it anyway because you’ll still mostly have an incredible time. Just stay on your toes, trust no-one, and practice being okay with the fact that you could lose everything at any moment.

And if someone does try to ruin your fun, for the love of God just drop everything and leave them to it. They can take your loot, but you’ll always hold on to your memories.