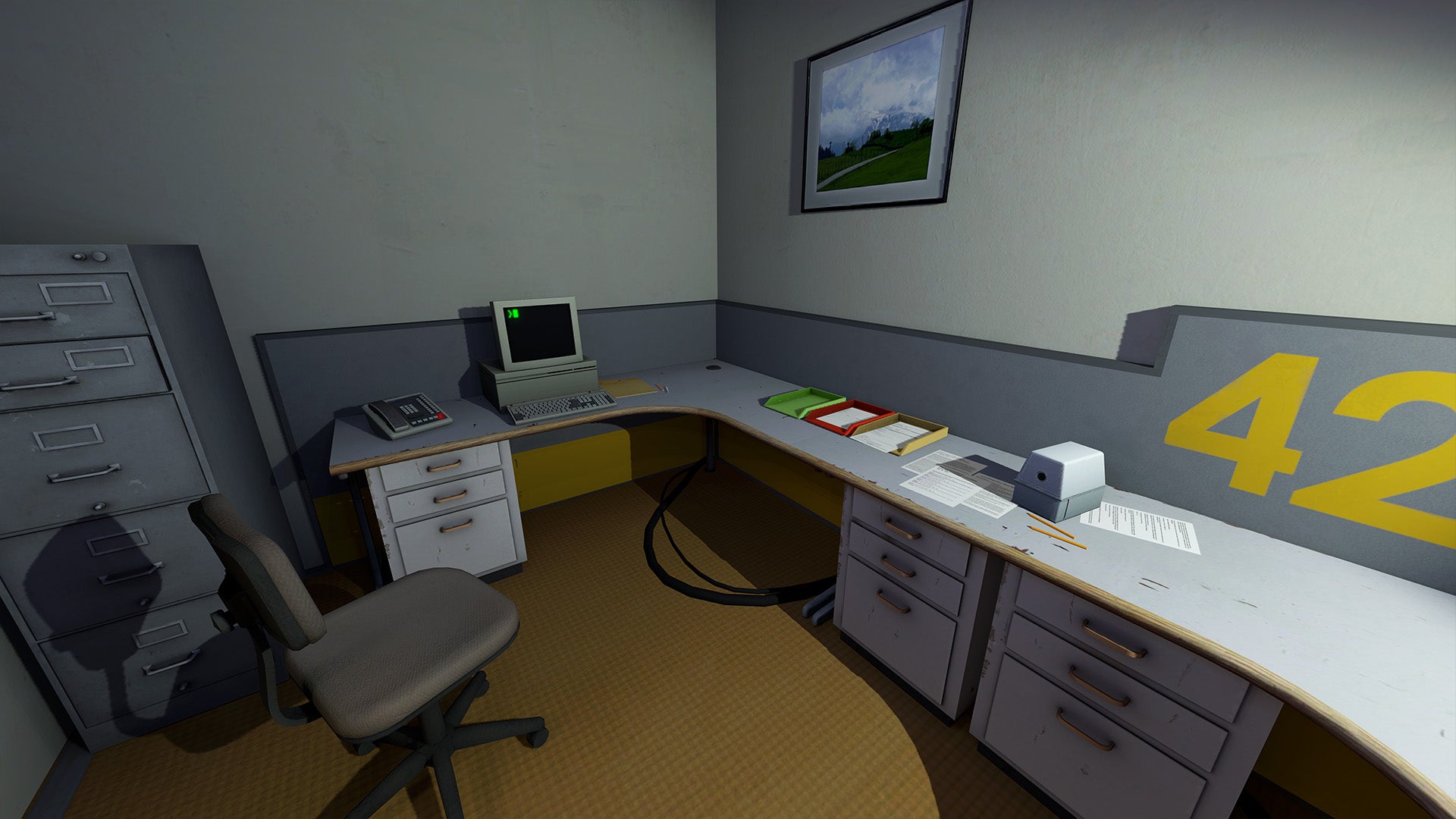 The Stanley Parable: Ultra Deluxe, a expanded version of the first-person exploration game from 2013, has been give a late-April release date.

In case you are unfamiliar with the game, The Stanley Parable stars a simple-minded individual named Stanley who discovers one day that his office co-workers have mysteriously vanished.

Determined to find answers to the disappearace, you will interact with environmental elements such as buttons and doors. There isn’t any combat or any other action-based gameplay.

The story is told by a narrator (Kevan Brighting), who explains that Stanley is employee 427 and tasked with monitoring data coming from a computer screen. His job is to press buttons without question. One day, the screen monitoring data goes blank, so Stanley starts to explore the building. This is when he discovers the workplace has been abandoned.

Here is where the story plays out with various possibilities based on your choices. You can choose to follow the narrator’s advice or do the opposite. When doing the opposite of what the narrator suggests, said narrator will attempt to turn you back on the target path to continue the story of the missing office workers. However, if you constantly contradict the narrator, the story will be adjusted.

In the Ultra Deluxe version, everything that was in the original Stanley Parable is preserved just like it was back in 2013. But it also expands the world of the original with new content, new choices, and new secrets.

In addition, the game has been visually upgraded while faithfully preserving the tone of the original. Accessibility features have also been added to the game, including localization of in-world text, colorblind options, and content warnings.

The Stanley Parable: Ultra Deluxe will be released on April 27 for PC (Steam), PS4, PS5, Switch, Xbox One, and Xbox Series X/S.