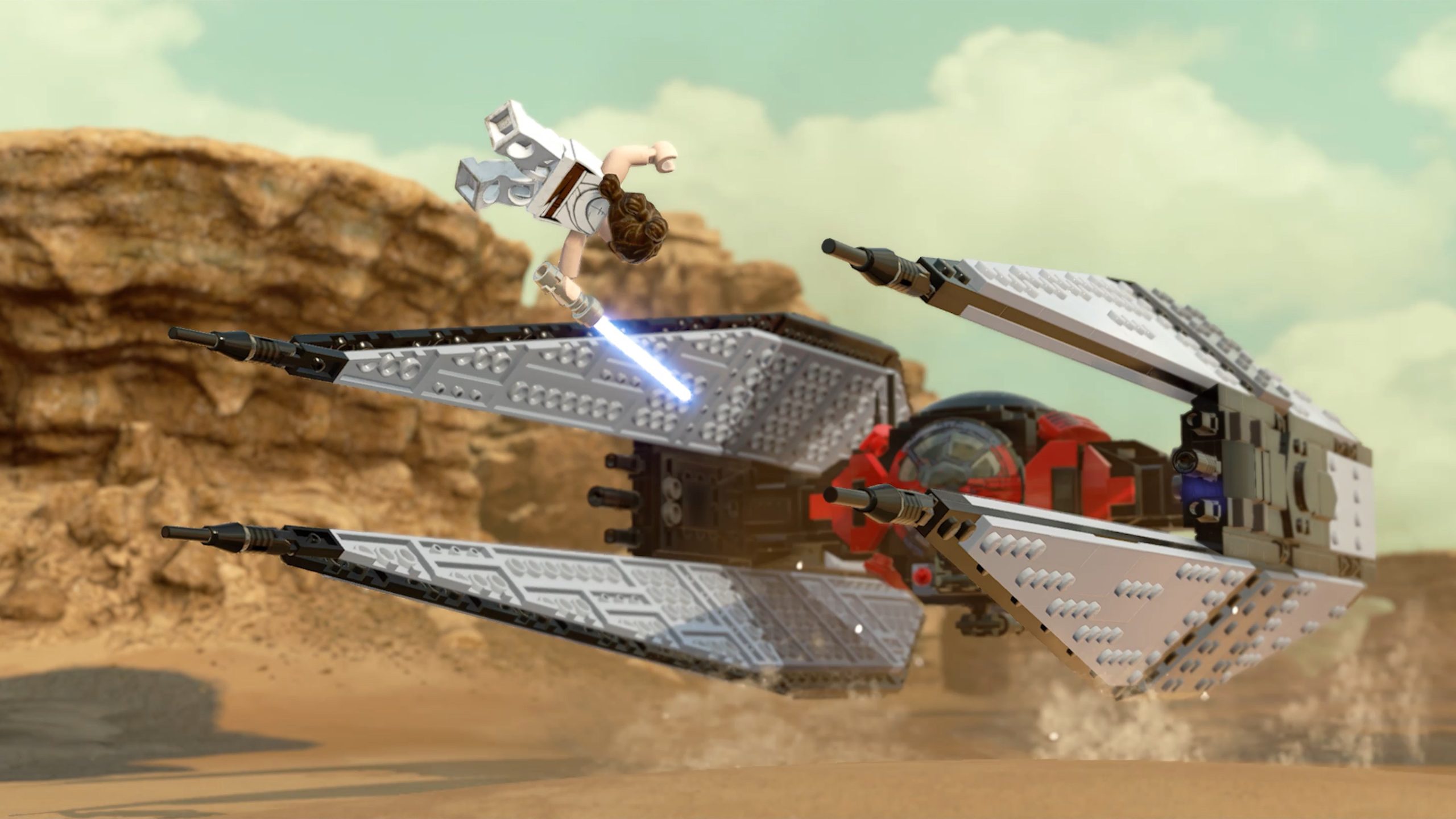 Over the past forty-five years, the Star Wars series has delighted all ages with its space opera saga. And cashed in extensively on the merchandise. Even the LEGO Star Wars theme has been around since 1999, and the videogames since 2005. These games will reach their pinnacle today though with the release of LEGO Star Wars: The Skywalker Saga on Xbox, PlayStation, Nintendo Switch and PC.

For the first time in the LEGO games, all nine mainline Star Wars films will be playable: The Phantom Menace, Attack of the Clones, Revenge of the Sith, A New Hope, The Empire Strikes Back, Return of the Jedi, The Force Awakens, The Last Jedi and The Rise of Skywalker. (I did have to find a list to remember them all, shameful).

The films making a return aren’t simply remasters. Each film features five chapters, for a total of forty-five levels in total. Players can choose which trilogy to play through first; gone are the days of playing through these films sequentially.

LEGO Star Wars: The Skywalker Saga features improved lightsaber combat with combos and varied attacks being included. Those equipped with blasters can have the camera over their shoulder giving the impression of a third person shooter and Force users have a wide range of tricks up their sleeves.

Mumble Mode is also included. As the LEGO games have evolved over time, the traditional mumbles and grunts during cutscenes have been lost. Mumble Mode brings them back in to drive the unique LEGO humour home.

Our review is coming very soon but we do have a preview piece you can read now here.

As are the times now, LEGO Star Wars: The Skywalker Saga has two different versions to choose from. The standard edition on the Xbox Store costs £49.99. Then there is the Digital Deluxe Edition at £59.99 which includes the Character Collection bundle. Over time, LEGO characters from The Mandalorian, Rogue One, The Bad Batch and more will be released and included in the over 300-member roster.

That Character Collection pack is available to add in later should you so wish, running at £11.99 in price, whilst The Mandalorian Season 1 Character Pack and Solo: A Star Wars Story Character Pack fill things out a little more. You’ll need to pay £2.49 for each of those, but they pretty much do as they say on the tin.

Pre-order the game and get day one access to the Trooper Pack. The digital edition also includes an exclusive classic Obi-Wan Kenobi playable character. Play through all nine Star Wars saga films in a brand-new LEGO video game unlike any other. Experience fun-filled adventures, whimsical humour, and the freedom to fully immerse yourself in the LEGO Star Wars galaxy. Want to play as a Jedi? A Sith? Rebel, bounty hunter, or droid? LEGO Star Wars: The Skywalker Saga features hundreds of playable characters from throughout the galaxy. Whether on land or in space, a variety of vehicles are yours to command. Jump to lightspeed in the Millennium Falcon, fly the T-47 Airspeeder and battle TIE fighters in Resistance X-wings… it’s the ULTIMATE LEGO Star Wars experience.