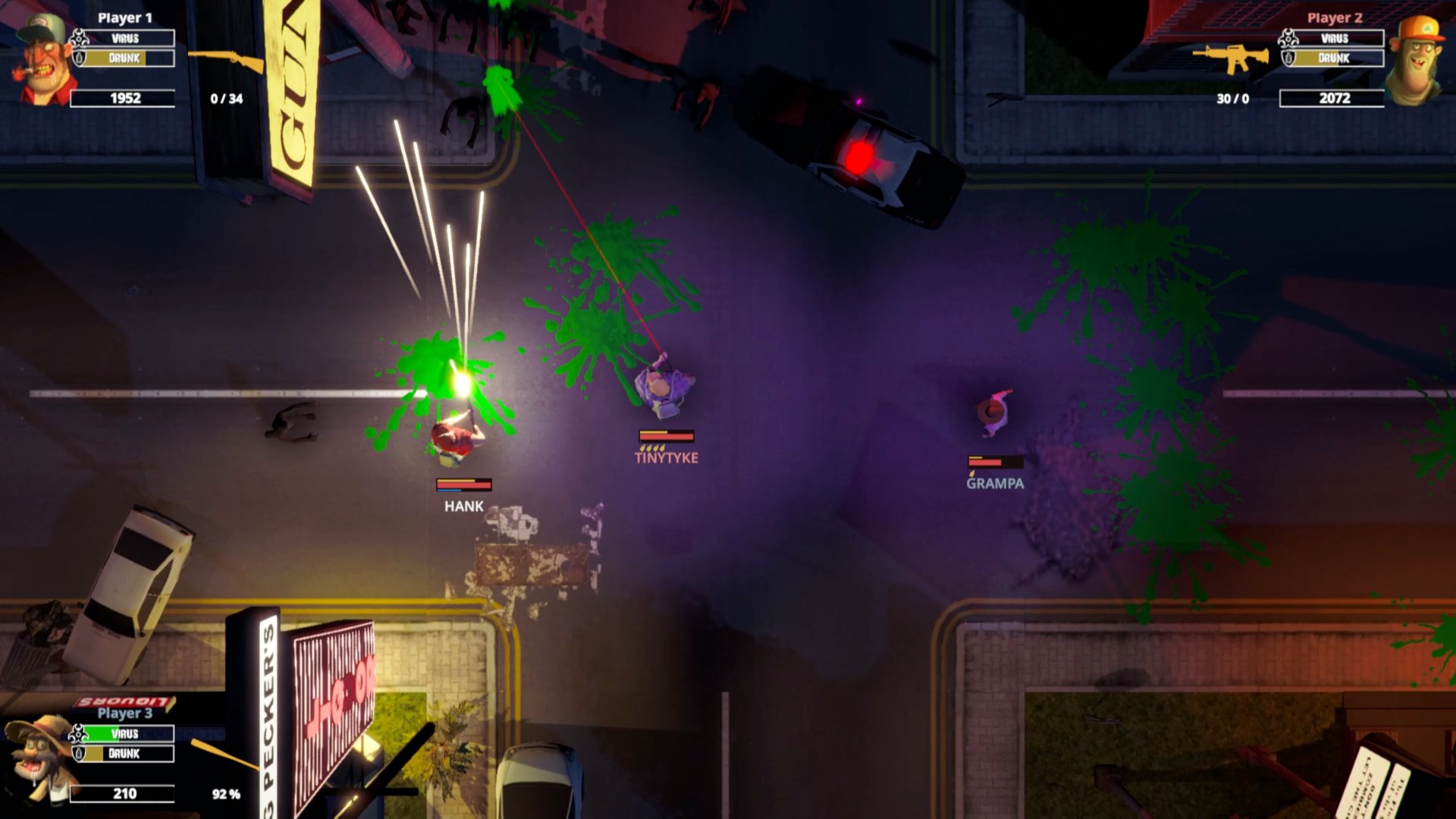 We love seeing fun little games pop up on console every few weeks. Granted, not all of them are of a quality we’d hope for, but there’s a chance that the game in question could pass an hour or so. That’s the hope for Whiskey & Zombies.

Available right now on Xbox One and Xbox Series X|S, as well as PlayStation, Whisky & Zombies is Nuttery Entertainment’s latest to fill out the Xbox Store. This one is priced at £4.99, which is pretty close to standard indie efforts and from there, things don’t seem to change too much.

An intense multiplayer brawler which is fully optimised for Xbox Series X|S and comes with Smart Delivery for good measure (meaning you’ll get the best version for your own specific Xbox console), Whiskey & Zombies sees you joining the world of the McCrearys. This bunch of drinkers will think of nothing at downing a pint or five, before heading out into the world and attempting to get home.

The problem is, between them and home are a ton of undead. What this means is that in Whiskey & Zombies, you’ll be drinking the titular whiskey, before taking on the zombie foes that get in your way. Swinging, slugging and shooting is the name of the game.

There’s a chance that Whiskey & Zombies could well be one of the better indie titles to emerge in recent times – and honestly, we don’t think it could be anywhere near as bad as Nape Retorverse Collection – but only time, and our full review, will tell on that one. Stay tuned for it in the coming days.

Magnus Jansson, Lead Developer at Nuttery Entertainment, said: “We are stoked that the game is finally being released on consoles where its couch co-op gameplay can really shine. Whiskey & Zombies started around the idea of bringing the fun, co-op magic of games like Gauntlet together with the action of Hotline Miami and the suspense elements from Left 4 Dead — hopefully bringing gamers together, button-mashing and screaming in front of the TV to get them more whiskey.  Just like what family fun used to be about.”

You can grab a bit of Whiskey & Zombies from the Xbox Store. It’s on PS4 and PS5 too.

WHISKEY & ZOMBIES is a fun and intense multiplayer brawler where the McCrearys have to fight and drink their way through hordes of undead shitkickers in order to get home. The strategy is simple: Brawl, shoot, sneak, scavenge, and rage your way through the Deep South while constantly chugging the virus-killing whiskey moonshine.