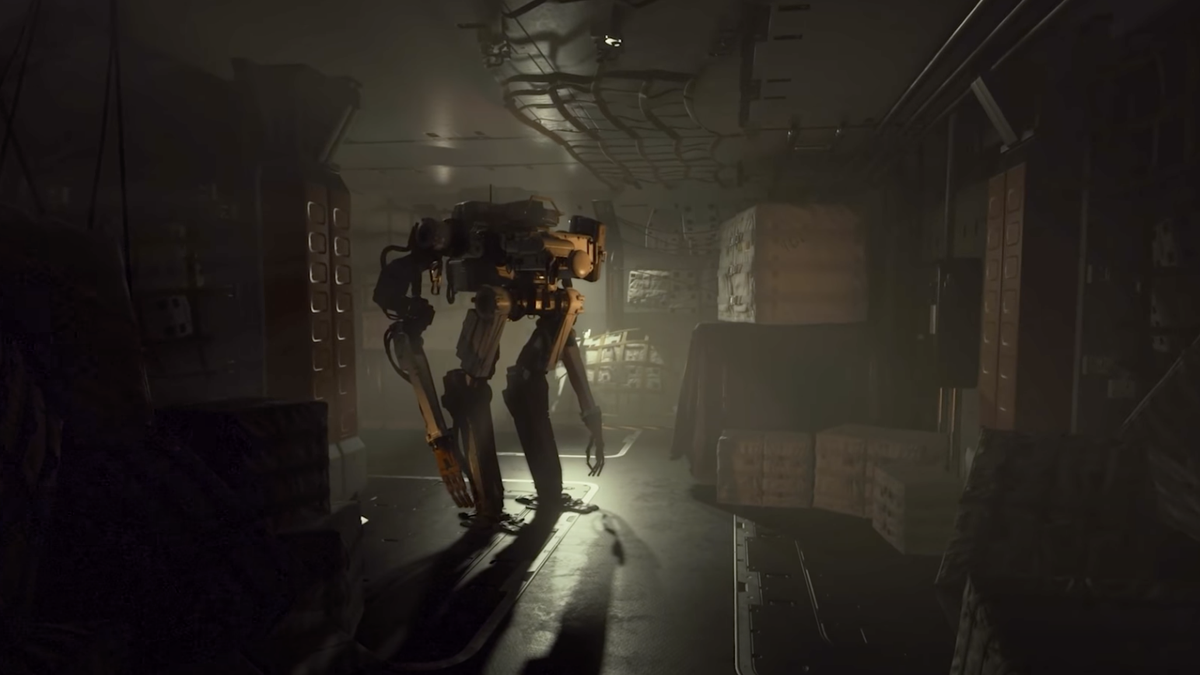 In a new behind-the-scenes video, Bethesda has introduced one of the companions that players will meet in Starfield: a robot called Vasco.

The video, published to the Bethesda Softworks YouTube channel, is only just over a minute long but it gives an overview of Vasco’s origins and how the robot will be helpful to the player on their adventure, alongside some new concept art.

Starfield’s Lead Artist, Istvan Pely, introduces Vasco as one of the development team’s “favorite companions in the game”. Vasco is, according to Pely, Constellation’s expeditionary robot who has been refurbished by the space exploration organization “to meet the requirements” of its mission.

Pely describes Vasco as a “utilitarian, heavy industrial machine well-suited to the rigors of space travel.” Vasco’s primary role is, apparently, “peaceful” as, while he does have defensive capabilities, he’s especially well-suited to travelling across rough terrain while loaded up with items that are useful for “extended overland journeys.”

Described as a “reliable companion” that the player can “depend on”, Vasco strikes us, on this brief first impression, as the kind of companion you keep around because they’re useful, rather than because they have a sparkling wit. Still, that’s no bad thing and no guarantee that we won’t get emotionally attached to his old, dented panels anyway.

We’re expecting to meet Vasco on November 11 this year, which remains Starfield’s scheduled release date. The game will be playable on PC and on Xbox Series X as a console exclusive, with a day one release on Xbox Game Pass.

This isn’t actually the first time we’ve caught a glimpse of Vasco, even if it is our formal introduction to the robot companion. We last saw a very brief clip of Vasco in another behind-the-scenes video from Bethesda, released only a few weeks ago.

In that video, footage of Vasco served as a background to a voiceover in which members of the game’s development team discussed how they’re hoping to take a more realistic, immersive approach to companions and interactions in Starfield.

In that video, Istvan Pely said, “it’s not just the appearance of your player and all that, but we want the personal interactions with all NPCs, other characters in the game, to be as impactful as possible. And for that you have to believe these are real people, you’re a real person, and you’re interacting with real people.”

Naturally, with Vasco being a robot, we aren’t expecting interactions with him to be overwhelmingly naturalistic but, with this aim in mind, we are interested to see what role he’ll play and how he’ll relate to the player.

Will Vasco, for instance, be subject to the “persuasion minigame” mentioned in the ‘Made for Wanderers’ behind-the-scenes video? Taking inspiration from the old Oblivion system, this conversation system apparently isn’t one where there’s “definitely a right thing to say”, so will Vasco be more than a “yes captain, whatever you say” kind of companion? We’re looking forward to finding out and to getting a look at even more of the game’s companions and how the system around them will work.

Bethesda is building up a healthy playlist of small, behind-the-scenes snippets of Starfield which offer brief insights into development as well as the game itself. Increasingly, however, we’re looking forward to seeing something bigger. The most likely time for that appears to be summer, after an AMA on Reddit (opens in new tab) in which Todd Howard highlighted summer as a key time to show Starfield.

We’ve seen reports (via VGC (opens in new tab)) that Microsoft and Xbox could be planning to hold an “E3-style” showcase in June, presumably separate to the now-cancelled E3 proper. If that’s something that goes ahead, it feels possible that we could finally start to see a good deal more of Starfield.