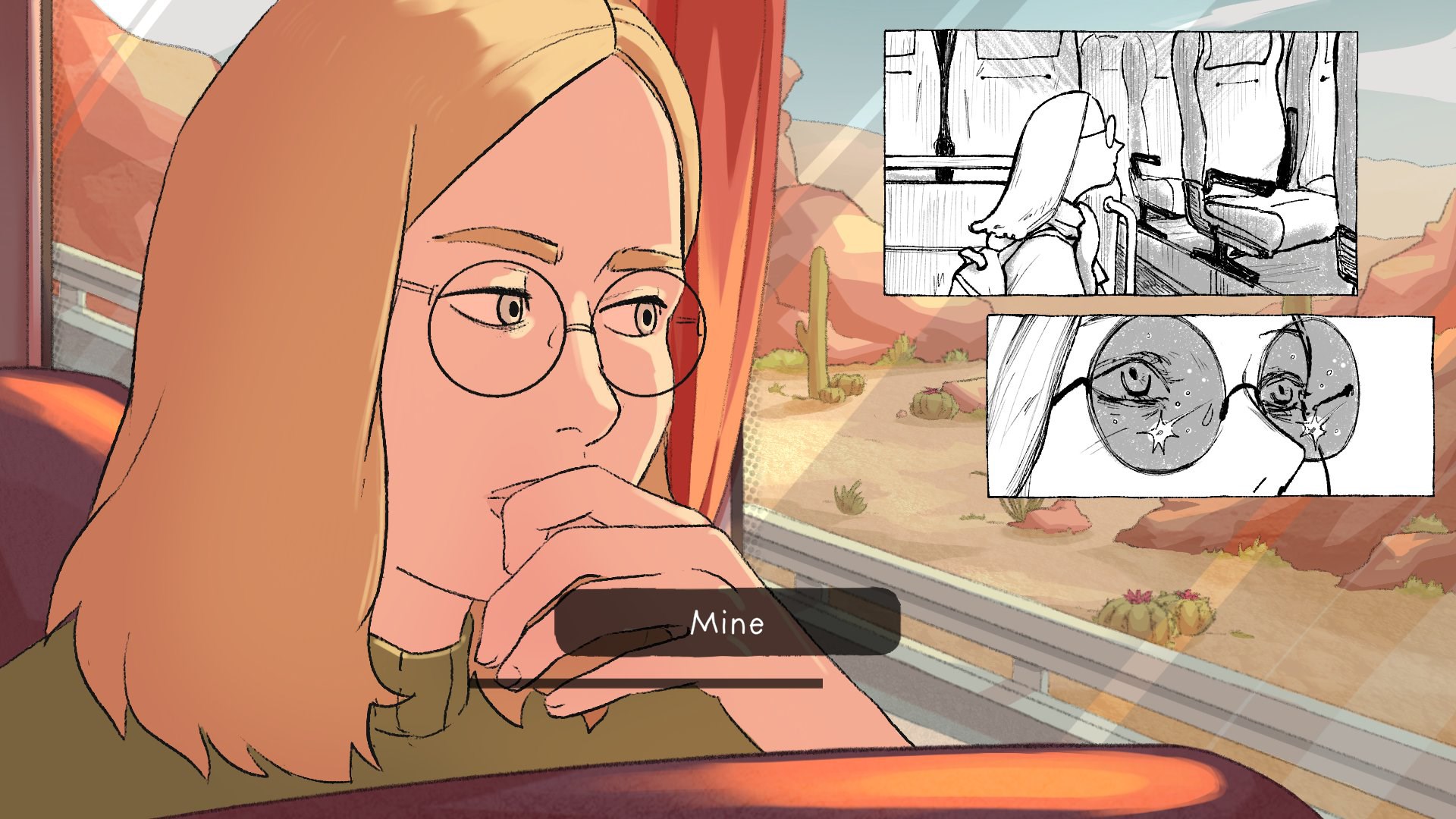 Michael Jackson revolutionised the pop music video; Daft Punk took it a step further with a full movie to go with their album Discovery. Now we have the next logical step, a videogame based off a full musical album. The game is question is A Sketchbook About Her Sun, available today on Xbox, with Nintendo Switch and PlayStation releases following soon after.

Lucia is confused; she has just fallen hard for someone but isn’t sure why or how. Rather than face these feelings head on, she decides to make a break for it and heads to an unknown town to find herself. Still tormented by feelings to another person, can she find make sense of her feelings in this new location.

Much like Meredith did in Lake, heading somewhere new for a few weeks to clear your head can usually open a wealth of new options.

A Sketchbook About Her Sun is based on the new album from Red Ribbon, Planet X. It is a short and replayable story split into 11 chapters, one for each song on the album. At the end of each chapter, a stream of consciousness fills the screen based on the choices you made during that particular chapter. The game itself is a mixture of comic style windows, animation and interactive fiction elements.

Enjoy this introspective insight into Lucia and her musings in A Sketchbook About Her Sun, out now on the Xbox Store priced at £4.19. Our review of this musical visual novel is coming soon, but whilst you wait, search for the album on whatever streaming service you use and give it a listen.

Confused about her feelings for someone, Lucia, the main character, decides to flee from her city and wanders through a smaller town where she’s never been, searching for herself while still tormented by the thought of the person she’s attracted to. The project is an interactive experience divided into 11 segments, each corresponding to a song from Red Ribbon’s new album “Planet X”. Lose yourself into Lucia’s mindscape, divided between her thoughts, drawings, and music she’s listening to through her journey to re-discover her own self.

Analyst: Intel Has Lost $3.5 Billion on Arc GPUs, Might be Time to Ditch It
Rocket League – Season 2 Rocket Pass Official Trailer
It looks like Kirby ate Fall Guys – and you can play the result next week
SEGA reveals another batch of games for Mega Drive Mini 2
Intel’s Partners Are Allegedly Hesitant to Sell Arc GPUs