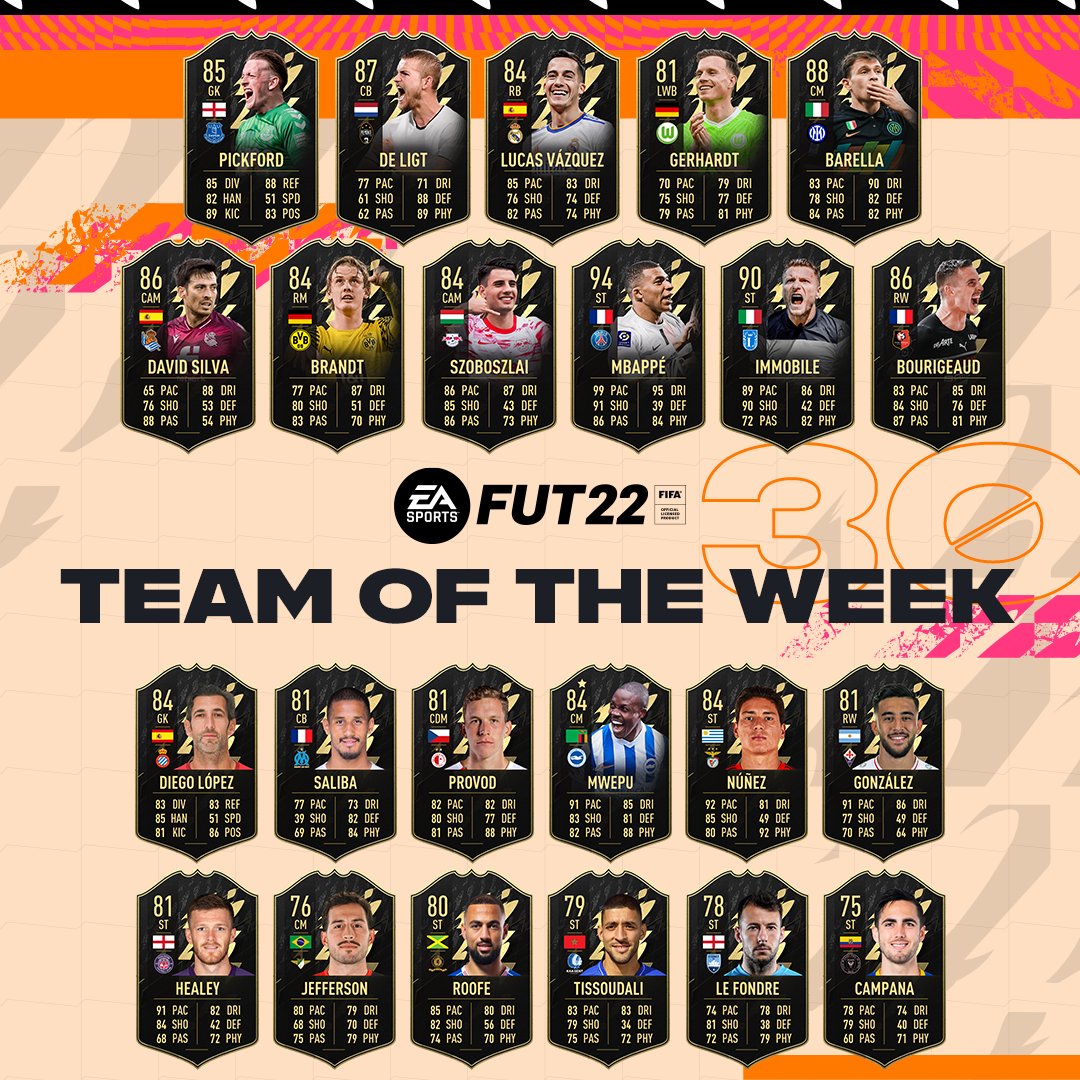 Another week passes and we find the footballing world getting ever more excited about the winners and losers, as the latest seasons begin to draw to a close around the world. It is however a time when the biggest of stars need to step up to the plate, proving their worth as titles are decided. It’s also a time for EA to include those stars in their latest FIFA 22 Team of the Week (TOTW) squads, with those finding a spot in TOTW #30 more than deserving.

Over the course of the last seven days or so, we’ve seen Jordan Pickford find some kind of form for Everton, David Silva continue to prove that class is permanent and Kylian Mbappé show that he is still a world wonder. Those three are our choices from the TOTW #30, but there are a host of others to choose from too.

You’ve got pretty much seven days from 6pm UK time on the 14th April to get adding these players to your FIFA 22 Ultimate Team squad. Let us know in the comments who you decide to add in.

You’ll obviously need a copy of FIFA 22 to hand in order to do so. That’s available for purchase, download and play on Xbox One, Xbox Series X|S, PS4, PS4 and PC. The Xbox Store will cover the Xbox download you need.

Huge thanks as always go to the Fifplay team for providing a full rundown of the correct player names and teams.

Doom can now run on a jailbroken tractor
Experience a cinematic journey of exploration in Voyage
Wolfenstein 2 The New Colossus, The Old Blood, The New Order – Did You Know Gaming? Feat. Remix
Turns out Xbox One sales were less than half of the PS4’s, says Microsoft itself
Temple Dash: Jungle Adventure Review