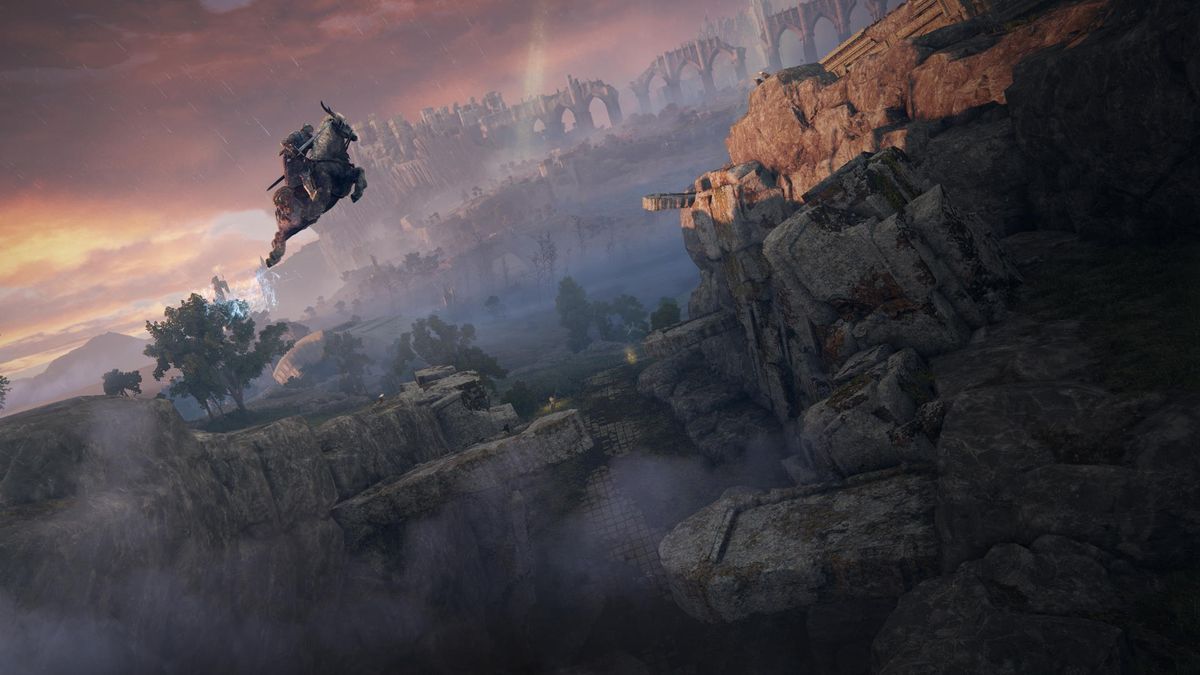 Developer FromSoftware’s games may be set in separate worlds, but because of the DNA they share, fans group them together as the Soulsborne series. Elden Ring is the latest title to join that family, and like Demon’s Souls, Dark Souls, Bloodborne, and Sekiro: Shadows Die Twice before it, this monster-filled open-world RPG is a notoriously difficult game that even the most seasoned player will struggle to best. However, this reputation makes the Soulsborne games a divider: for some, it’s a badge of honor to complete them; for others, it’s a series to avoid.

While the Soulsborne games are as demanding as veteran players claim, they’re also fair, and a game that punishes your mistakes isn’t the same as one that simply punishes you. Still, it can be deeply frustrating when someone on the internet tells you to “get good” without saying how.

In celebrating their skill, the community around Soulsborne games, Elden Ring included, can put you off trying the series for yourself. And it’s easy to bounce off these titles, especially as each new game breaks the rules you learned to complete the previous one. Each Soulsborne game leans into a different style of combat: Demon’s Souls and Dark Souls reward cautious defensive play, Bloodborne demands aggressive, close-quarters melee, and Sekiro drives you to develop your frame-perfect parries.

But if you stick with a Soulsborne game long enough to master it, your reward is a brutal fantasy story full of bizarre sights, unique monsters, and a world that draws you deep into its depths with teasing lore.

It can be tempting to start at the beginning with a series as steeped in legacy as the Soulsborne games, and The Demon’s Souls remake for PS5 makes that option more accessible than ever, but I’d suggest Elden Ring is a much better entry point.

The combat’s better than ever

The draw of all of FromSoftware’s games is their combat. The worlds and story are fantastic, but you will be spending most of your time fighting, so you should start with the game where it is most developed.

Elden Ring’s intricate combat mechanics may seem obtuse at first, but that will soon clear. After you blow past the early game’s Cave of Knowledge and complete a combat tutorial, you’ll pick up all the basics: rolling, blocking, and when to launch an offensive on your enemies. These tactics apply to the other Soulsborne games, but where Elden Ring differs is its open world: if you find an enemy type that’s too much for you, you can back up and travel somewhere else to find a different foe and experiment with a different combat style.

Bosses are no longer bottlenecks, preventing you from progressing until you’ve mastered them. You often have options of who to fight and when. You can step away, level up your character, change equipment, and come back stronger.

There’s a wide variety of unique weapons to discover and learn, with each type behaving differently. Combined with the various bonuses and skills you unlock and your weight limit (determined by your stats and the equipment you’re wielding), there’s a dizzying number of things to consider, even with the smallest, most insignificant scuffle. That’s what makes Elden Ring satisfying to play; you have to figure this out on your own – and you feel all the better for it by the end.

You play at your own pace

There are only a few bosses in Elden Ring that you absolutely must conquer if you want to stay the course and reach the end of the game. Other than that, you can explore the Lands Between at your leisure. If you’re comfortable taking on that massive pot-shaped enemy despite being a low level, have at it. If you want to skip an entire section because you know you’ll be dead before you can make a move, you can often do that. There aren’t many games, let alone Soulsborne titles, that allow for this much freedom.

As a beginner, it helps you ease into Elden Ring and its challenges, giving you a sense of control over a dangerous world. (With that in mind, we’ve some Elden Ring tips for beginners.)

Having played many Soulsborne games, I thought I was ready for weird sights but, after spending over 100 hours in Elden Ring, I was wrong. I’m still struggling with the image of a young woman eating eyeballs like grapes. Then there are the monstrous centipede-like guards that pounce on you from the shadows.

Elden Ring is a surreal nightmare that demands further investigation. The inhabitants of the Lands Between are all dealing with unique, exquisite suffering that manifests as grotesque creatures, manic dancing, and unsettling behaviors. These curious horrors don’t repulse, they intrigue, pulling you deeper into this strange world.

The world of Elden Ring is fascinating, and it pushes you to explore every nook and cranny, get stronger to defeat those difficult enemies, and open up every part of the map so you can suss out answers to all of your questions. There’s a world to explore with a pulse of life that you can’t deny, creativity springs from every pore. And somehow, despite the weirdness, the rot, and the death, there’s hope at the end of it all. That runs in stark contrast to many of the other Soulsborne games, and that’s one great reason to submit yourself to the wild and wonderful world of the Tarnished.