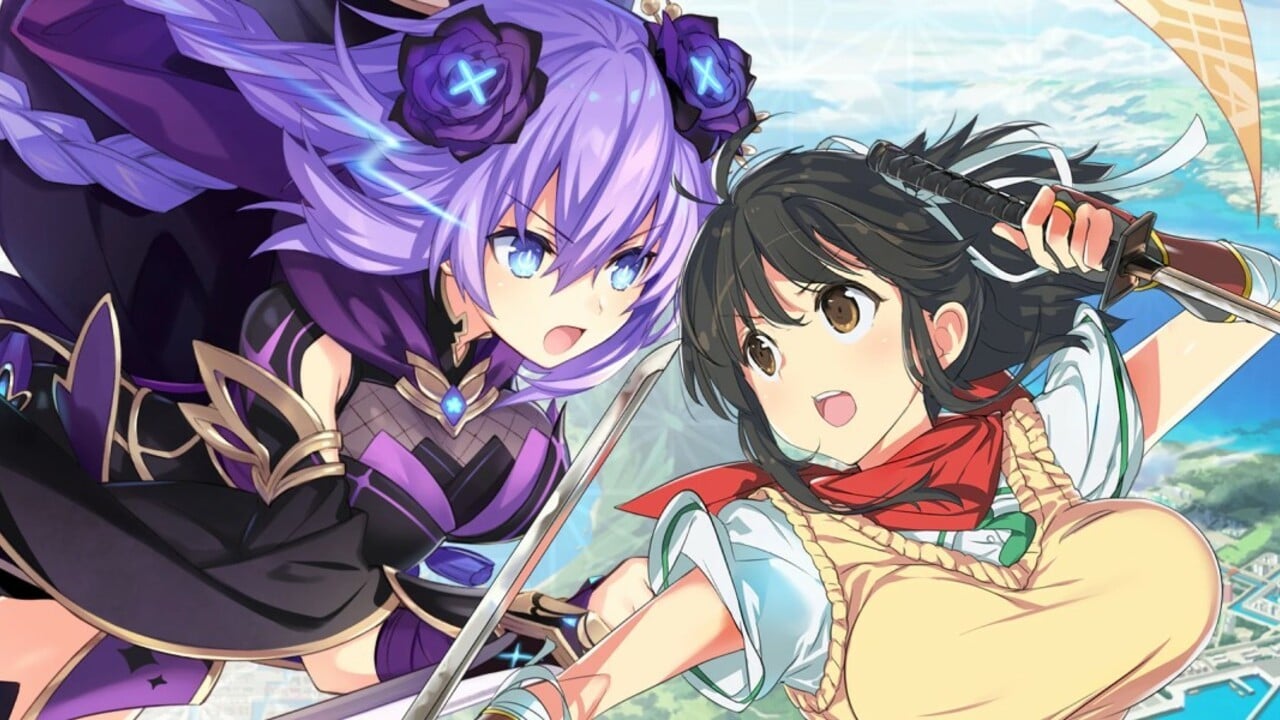 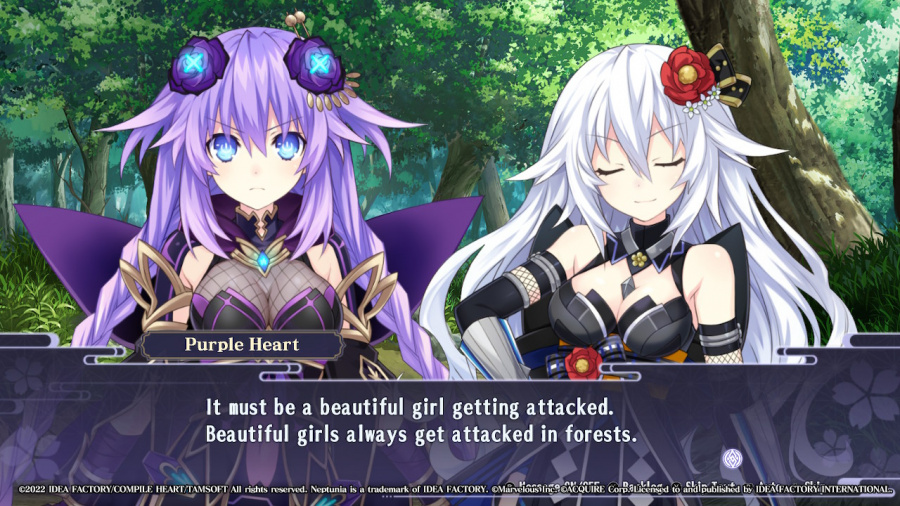 In the world of fan service games, two franchises stand at the top of the pile: Hyperdimension Neptunia, which features a group of anthropomorphised game consoles fighting in a literal and hilarious console war, and Senran Kagura, which pits ninjas with assets as impressive as their fighting arts against each other in nearly every genre imaginable. Enthusiastically celebrated for delivering fan service in games that don’t sacrifice gameplay for jiggle-physics, it was just a matter of time before the two worlds collided.

Neptunia x Senran Kagura: Ninja Wars is what you get when two beloved franchises face off against each other. It is a hack-and-slash fighting game that should be familiar to players who have played either series in the past. The plot sees the Neptunia girls putting their ongoing battle for console supremacy on hold to engage in a ninja war against the cast of Senran Kagura. Neither side gets to taste victory, however. Suddenly, the Steeme Legion’s army of killer robots invades and threatens to take over the world. It should be mentioned that this world that is called Gamindustri and that is shaped like a giant shuriken. 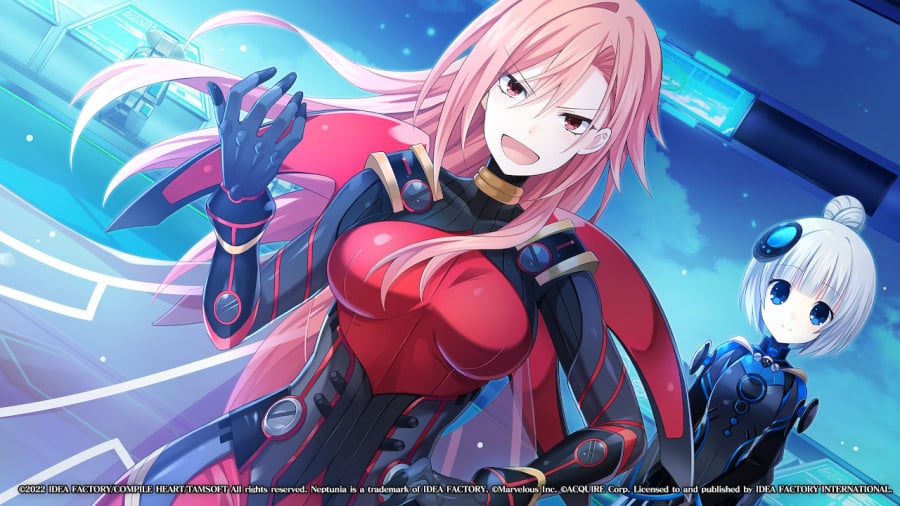 Subtlety is not in style in this game, as you can see. Many of the names are thinly veiled references to the state of the gaming industry as a whole, though much of the commentary present feels like it was already dated at the time of release on PS4 in 2021. Neptunia x Senran Kagura: Ninja Wars is not a game that wants you to take it too seriously; it is here for a laugh and a joke and it is infinitely better for it.

Though the plot is paper-thin and serves just to get the two franchises working together, there are moments of delightful writing sprinkled throughout. Characters on both sides are surprisingly genre-savvy. One will begin reciting the lyrics to an AC/DC song, only to stop herself for fear of getting a DMCA strike. Another will comment that the scream they heard in a forest must belong to a woman being attacked because tropes exist in this world, too. There is a level of absurdity and tongue-in-cheek humour at play here, but always just the right amount. It becomes a wonderful seasoning mixed into the gameplay to produce a unique flavour among the countless similar games out there.

The gameplay is a standard hack-and-slash affair, with some flashy moves befitting the ninja theme. Just like the previous games in both series, the combat is solid if familiar and dated at this point. If you’re looking for deep combos and challenging gameplay, this isn’t going to scratch that itch. Combat is simple, with a melee and ranged attack options, plus special attacks that can be equipped and changed out as new moves are learned. Both franchises built their foundation on this fighting style, so it is a comfortable home for fans of both. 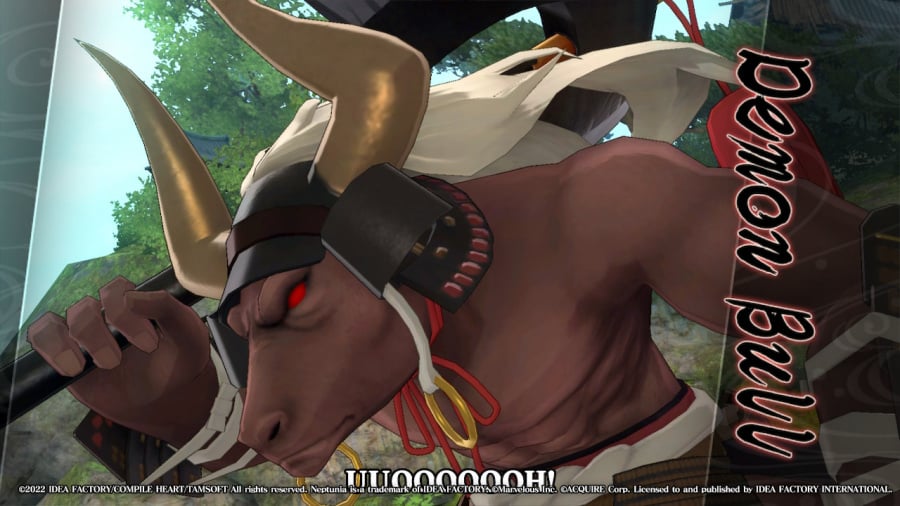 Each level consists of a series of corridors and clearings that are populated with various enemies, punctuated by the occasional boss fight that is generally a matter of avoiding their clearly telegraphed attacks. Players take two characters into each dungeon, which can be switched out on-the-fly. Every character, unfortunately, plays pretty similarly, with very little variation in strength or speed by default. Different combos and items can be equipped to change things up slightly, but none of them will ever play much differently from each other.

Despite being a celebration of both the Neptunia and Senran Kagura franchises, the cast for this game is surprisingly tight, which makes it feel limited in scope. There are only ten playable characters, which would be a small roster for a Senran Kagura game alone; with the Neptunia crew thrown in as well, it is positively tiny. One could argue that this gives each character a better chance to shine but that isn’t what made these franchises great. Fans love the many over-the-top designs and wild personalities that are usually on offer and they’re sadly missing here.

We were also hoping for a bit more than the seven hours of gameplay we got in the end, which makes recommending this title to anyone but the most ravenous fans difficult. Though players don’t need much knowledge of either franchise to follow the plot or enjoy the game, it simply isn’t going to satisfy those who aren’t already on board with the silliness on offer. 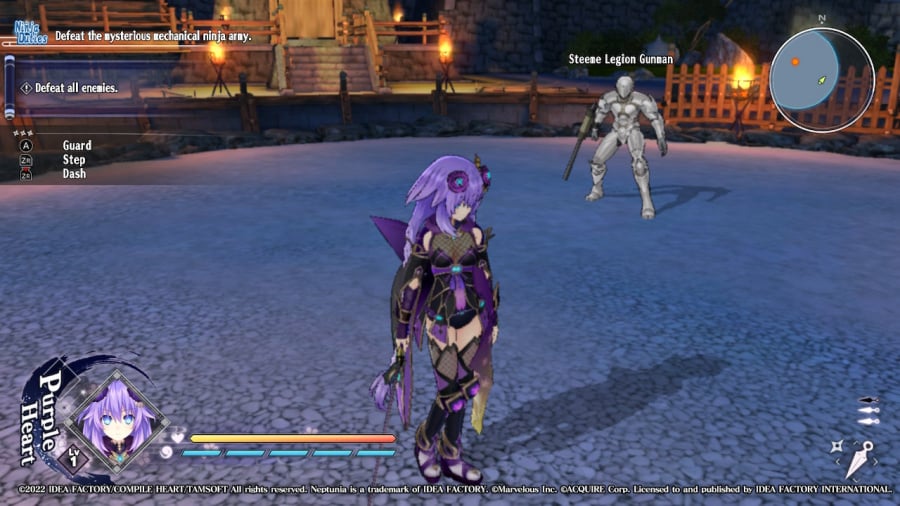 While the gameplay is shallow and simple, neither of these franchises have ever looked this good. The single-button combo mechanics might result in a lot of button mashing, but the way the characters move is exactly as chaotic and exciting as we wanted it to be. Character models flow from one side of the combat arenas to the other with effortless grace and speed, making the experience feel more energetic than the basic inputs and limited scope alone.

The character designs, as fans of both series will expect, emphasise certain aspects of the girls. The unnatural bouncing physics that have become a hallmark of these games is on full display here, though it is not as gratuitous as in the past. Some of the spin-offs of the Senran Kagura series, for example, see them engaging in water gun fights or cooking competitions that put every character in risqué outfits and positions. Compared to those games, this one is positively demure.

Neptunia x Senran Kagura: Ninja Wars doesn’t feel like a rushed product with how it performs or looks. What it lacks, however, is enough depth to truly serve as a celebration of these two storied franchises. There is no photo mode, extra costumes, or the usual minigames that we’ve come to expect from both Neptunia and Senran Kagura. Once the main story is done, there is not much incentive for players to come back for more. As fun as this game is and as much as we laughed and smiled, it is screaming for just a little bit more. More extras. More gameplay mechanics. More characters. Just a little bit more and this could have been something special.

Neptunia x Senran Kagura: Ninja Wars is a solid, fun hack-and-slash that doesn’t take too long to finish and looks gorgeous while you’re playing it, but it never reaches the heights of some of the classics from either franchise. What’s here feels polished, but a lack of extra modes and features will be disappointing to fans of both series. Still, the game’s charm lies in the Neptunia and Senran Kagura characters and their interactions, with writing that delivers great, unexpected punchlines that help give the game some focus. If you are a fan of either series, this is definitely worth playing despite its lack of depth. It just might be one to wait for a sale before picking up.