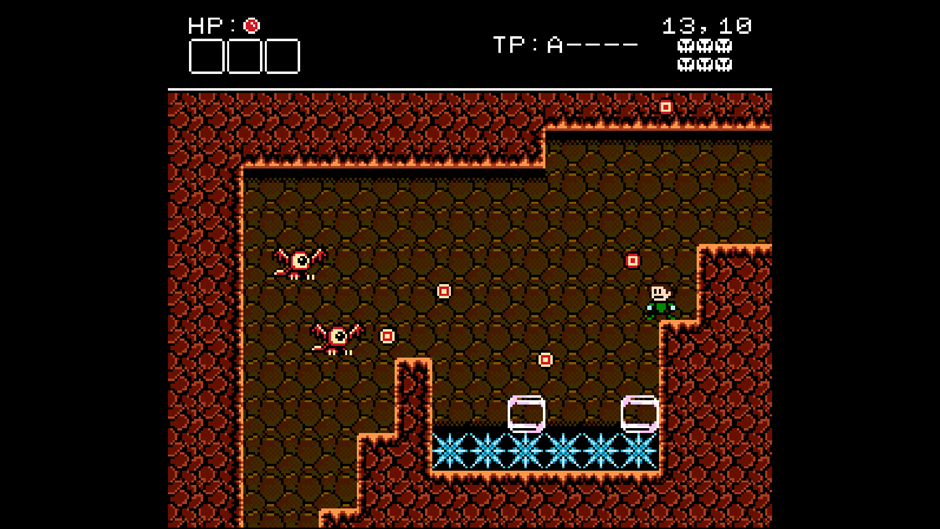 You may think this next game is yet another indie game designed with a retro aesthetic. Well, you would be half right. Battle Kid: Fortress of Peril is originally a NES game – that’s right, the one before the SNES, but one that released in 2010 as a homebrew cartridge for the console. Today though it gets a digital release: Battle Kid: Fortress of Peril is out now on Xbox.

Little Timmy isn’t happy that a giant Supermech is due to be built on his homeland. He sets off to find an ancient high-tech fortress and stop the designers head on. With the help of Dr. Tina Byers – and a prototype combat suit – Timmy must stop them in their tracks and reclaim his homeland.

Being a NES homebrew, Battle Kid: Fortress of Peril is an 8-bit game inspired by classic 2D platforming shooters. Timmy will have over 30 enemies to defeat, 8 bosses to best and over 550 rooms to explore on his journey. With all that in your way you may need to pack a few extra controllers; this one is going to be tough as nails.

This Xbox version will also have several different borders to choose from to frame the 4:3 ratio action on-screen.

Ready to download now, Battle Kid: Fortress of Peril is on the Xbox Store priced at £8.39. Plus, the price for all the replacement controllers and Xbox’s you will go through as you try and stop the Supermech from being built. You have been warned, this is a toughie. Our review coming soon will have all the details. For now though, let us know in the comments what your hardest game is.

After having uncovered a devious plot to build a super-secret Supermech on your island, you head to an ancient high-tech fortress in an effort to prevent this weapon from being completed. You must navigate through the various sectors of the fortress, while battling its denizens and avoiding its many dangers in this authentic retro gem! Along the way, you will uncover items that will allow progress to new locations of the fortress and grant you new abilities. Do you have what it takes to overcome the perils that lie ahead or is the island doomed?