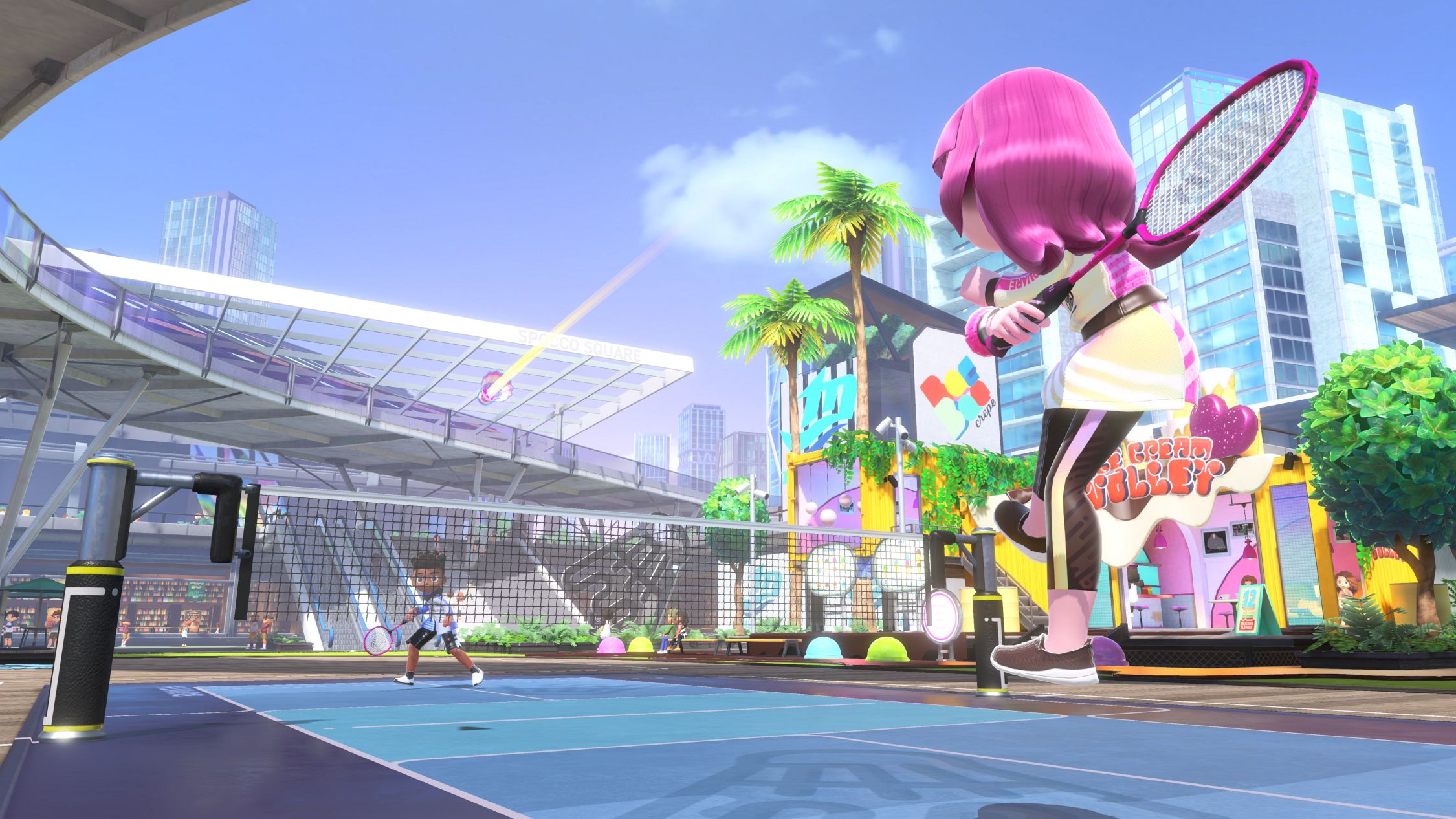 Reviews are in for Nintendo Switch Sports, and you can look over all of the scores below.

Most critics feel it is a fun game full of Wii Sports notstalgia, yet, some feel it lacks variety and consists of “a few duds.” That said, it seems like it will be a multiplayer party game worth picking up despite the fact servers weren’t live in time for reviews to land.

Similar to Wii Sports, the game contains a collection of sports that puts you right into the action using the Joy-Con controllers. There are six sports included such as soccer, volleyball, bowling, tennis, badminton and the swordplay sport chambara. You can even use a Joy-Con with the Leg Strap accessory included in the physical version to kick the ball in a Soccer Shoot-Out.

A seventh sport, golf, will be added to the game in the fall.

The game allows you to play with others in person or online in 1v1, 2v2, or free-for-all. When playing with others in bowling, players can bowl simultaneously, so there’s no waiting for your turn. As you play online in random matchmaking, you can redeem points earned for in-game rewards like outfits, sports accessories, gear, and much more for your avatar. The selection of items will rotate each week.

Below are the scores, all based on ten being the highest unless noted.