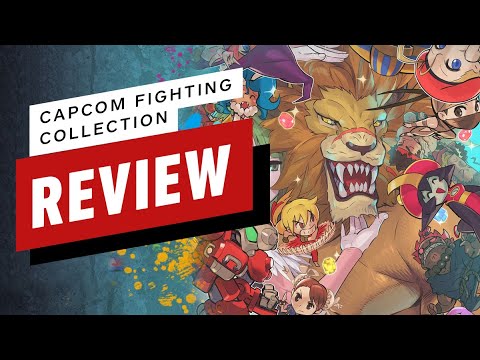 In this new fighting collection, ten games ranging from Street Fighter II all the way to versions of Vampire Savior (Darkstalkers 3) never before released outside of Japan come together with modern trappings such as rollback netcode and tons of museum art. Super Gem Fighter Mini Mix (Pocket Fighter in Japan), and Super Puzzle Fighter II Turbo are included as well as obscurities like Red Earth (Warzard in Japan) and Cyberbots: Fullmetal Madness. Capcom included full soundtracks, and even an in-game achievement system to augment the collection, known as Fighting Challenges.

Gallery: Sega Shares Stunning New Screenshots Of Sonic Frontiers, Out On Switch Holiday 2022
Sea Of Stars, The Retro RPG Prequel To The Messenger, Delayed To 2023
How to Pre-order PS5 INZONE H9, H7, H3 Headsets
Cuphead: The Delicious Last Course Review
Round Up: The Reviews Are In For Monster Hunter Rise: Sunbreak