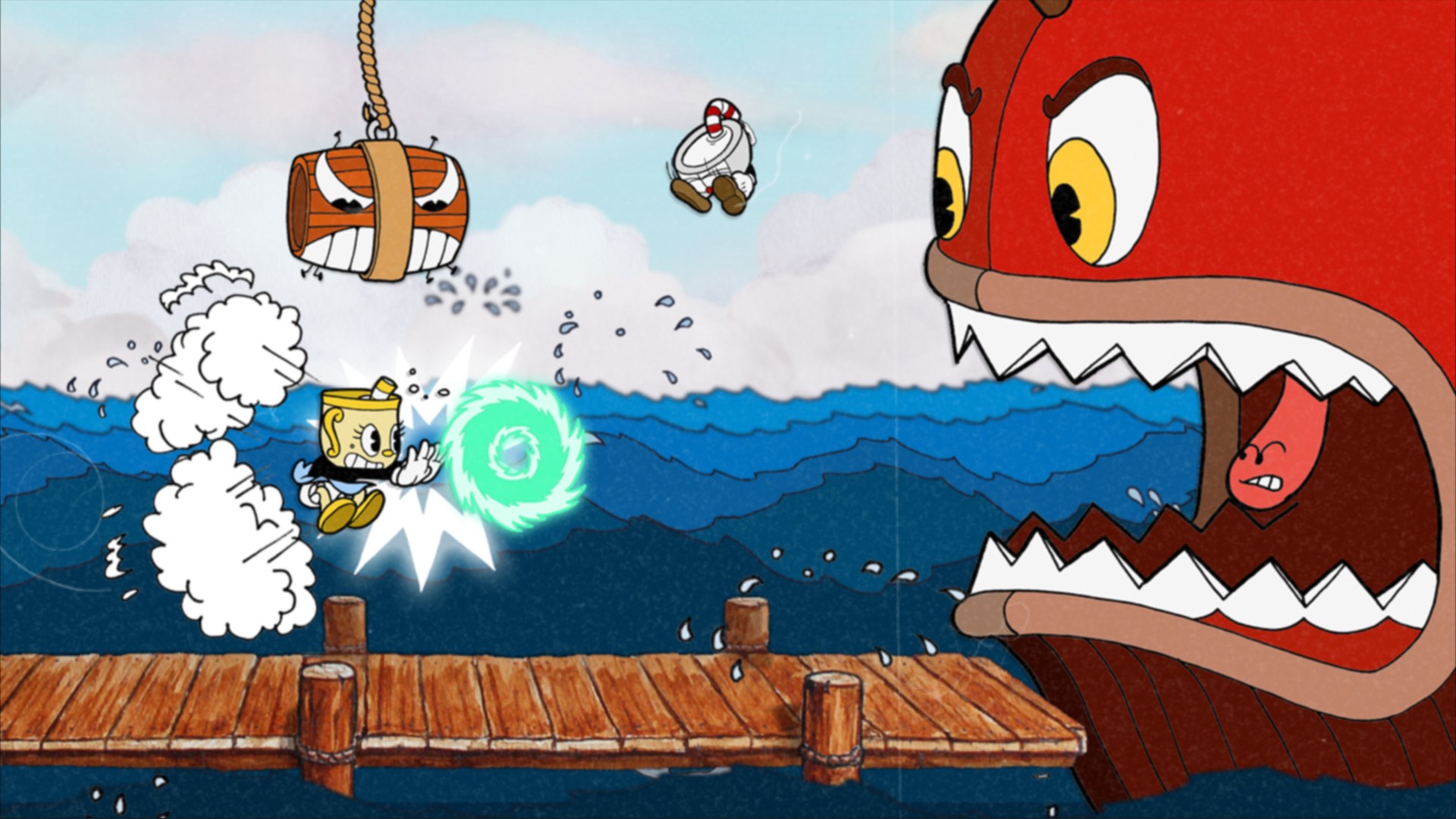 Can you believe it’s been nearly five years since the release of Studio MDHR’s Cuphead? Well, it has, and it’s been nearly that long since we’ve waited patiently for the releas of The Delicious Last Course. Finally though, it’s here.

Cuphead: The Delicious Last Course is the much aniticpated expansion to the base Cuphead game, as Studio MDHR look to build on what they previously released with some all-new ideas.

Available today on Xbox One, Xbox Series X|S, PS4, PS5, Nintendo Switch and PC (Steam and GOG), The Delicious Last Course sees the Cuphead and Mugman brothers joined by a new recruit – Ms. Chalice – as an all-new adventure plays out.

It’s here where a previously uncovered area of Inkwell Isle is opened up, as players get the chance to take on new larger than life bosses in the hope of assisting Chef Saltbaker with Cuphead’s final challenge.

Taking charge of Ms. Chalice will obviously be the main draw, particularly as she comes with all new abilities and movesets. It’s here where she’ll come into her own, but should you wish to utilise her skills in previous Cuphead content, you can do just that too.

With the usual Cuphead visual vibe fully in place, some of the finest gaming tunes to listen to, and a difficulty which threatens to slightly flow over the line we wish, we can’t wait to get hands-on with The Delicious Last Course. Be sure we’ll be dropping a full review of the new content as soon as we can.

In the meantime, you can grab the base game from the store of your choice, with The Delicious Last Course content coming in from there too. It’s all available on Xbox One, Xbox Series X|S, PS4, PS5, Nintendo Switch and PC. The Xbox Store will sort you out with the Xbox downloads you need – base game and new DLC for £6.79.

Let us know what you think of this add-on as and when you can. The big question is whether or not it has been worth the wait…

And if you really like what is provided, you could do worse than check out PowerA’s Cuphead controller too.

In Cuphead – The Delicious Last Course, Cuphead and Mugman are joined by Ms. Chalice for a DLC add-on adventure on a brand new island! With new weapons, new charms, and Ms. Chalice’s brand new abilities, take on a new cast of multi-faceted, screen-filling bosses to assist Chef Saltbaker in Cuphead’s final challenging quest.