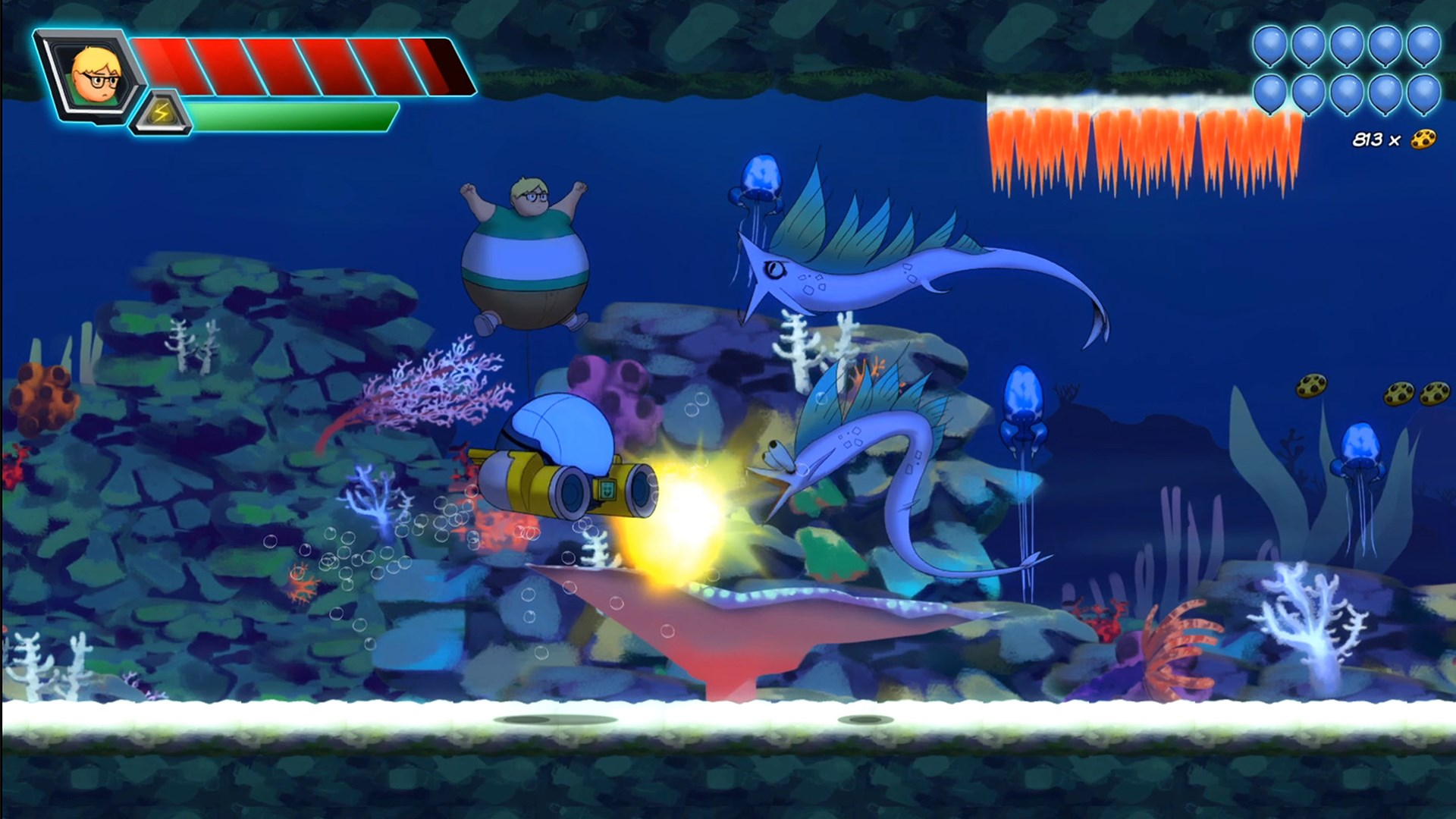 Us Brits love an underdog; we love rooting for those that aren’t always the quickest, strongest or best in their field. We have this unique affection with average joes. This next game is all about one of those average joes and how he becomes the hero of his own story. Only his name isn’t Joe, it’s Chris. Adventures of Chris is out today on Xbox and PlayStation.

Adventures of Chris is a totally accurate biographical tale that developer Chris Guin went on. After getting bullied, things go from bad to worse as he gets kidnapped by cartoon villains that transform him into a balloon. But Chris knows how to remain positive and used this newfound transformation as his superhero ability. By bouncing and floating around you must help him defeat his captors and escape.

Adventures of Chris plays like a ‘90s cartoon like X-Men and Teenage Mutant Ninja Turtles. You know the ones, the best ones.

Adventures of Chris is out now, priced at £12.49 on the Xbox Store. Featuring feelgood emotions and laugh out loud moments, it is here to remind everyone that there is a hero in us all. Sounds corny, but sometimes we forget our value to those closest to us. Our review will be coming soon, once we have floated back down to earth.

Embark on a global adventure in this ‘90s-inspired adventure platformer. Help a chubby underdog kid with wacky superpowers battle bizarre villains, unlock and customize special moves and spells, and save the world! My name’s Chris, and I’m so excited to tell you about my game! It’s a ‘90s-inspired adventure platformer about the totally normal adventures I went on as a chubby kid back in 1995 – traveling the world, learning useful abilities, and, naturally, getting kidnapped and turned into a balloon by cartoon villains. Thankfully, I escaped and learned to use my transformation as a kind of superpower. I got to learn all kinds of cool stuff – how to throw fireballs and lightning, how to bounce around like a basketball and rocket around the earth. It’s a neat story…I think. I really hope you’ll enjoy it – I had a lot of fun making it!