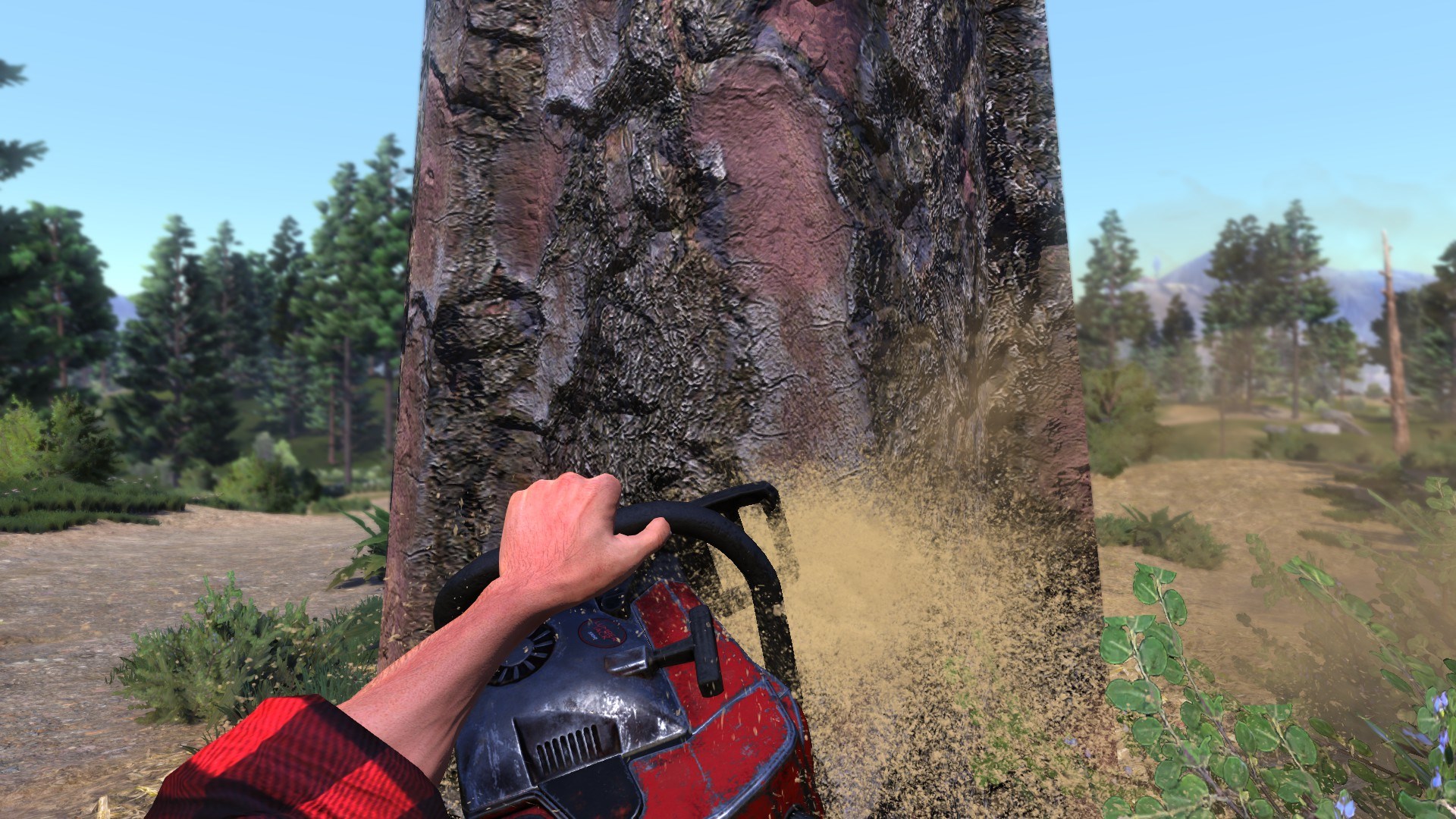 Monty Python allowed us the chance to view lumberjacks in a whole new way; all thanks to a comedic song about cross-dressing and fresh air. It’s been hard to not hum that song while playing through Lumberjack’s Dynasty for review.

This is another sim-styled game, one in which the Xbox market is forever growing, as it expands from the usual PC home. It’s a genre that seems to cover everything, from farming to power washing. Now you also get the chance to don a checked shirt and head into the beautiful countryside in order to chop down some trees. It’s a game in which you may also be able to find true love.

If you are familiar with the sim genre that has expanded in most recent times, then there is a chance that you’re going to find a lot to love here. There are tons of different tasks to complete, and loads of machines to play around with. But there is also a sort of story and a life sim part of Lumberjack’s Dynasty that may appeal to a different audience.

For some reason the story feels very familiar, as you play a nephew who comes along to rescue his family’s failing farm. The aunt and uncle want to sell up, looking to retire for a quiet life. Your presence however gives the farm a new life and new prosperity. Soon you are accepting tasks from them and local neighbors, before taking time to treat your wife and go about settling down with a dog and a cat. The story and whole life sim part of the game is a bonus, taking us away from the real gameplay, but it can at times feel very corny. The whole vibe of the world is positive though, with a sunny view of this lifestyle. The annoying part of the lifestyle section though is having to think about eating and resting; something which is tiresome when you have to leave a job and travel back home, all because of stupid human needs.

Your main goal is to rebuild the farm and to do this you need to get some money, taking jobs from others for in-kind payments or to generate wealth yourself. The jobs – of course – mostly focus on cutting down trees and then splitting them into sections, hauling them, and selling your product. There is also the option to take on other jobs too, like repairing and rejuvenating people’s buildings as well as your own. You can also grow vegetables, do a bit of fishing, cooking, milk some cows, and even harvest some honey. There is a skill tree where you can get better at all these jobs, and a host of machinery types to play with; fanatics will love that they have all the right models on offer. As with many sim-type games, the controls take a while to get used to and there are just so many different jobs on offer that I had to keep reminding myself what the hell I need to do next.

It all works as you would expect a game of this type. It’s a bit janky at times and the camera sometimes gets on your nerves, but the main thing about Lumberjack’s Dynasty is that after the first hour or so the grinding begins and the quests start to become a bit sparser. It’s here where the game may well lose any newbies to the sim world, but old hands should love the grind, the work, and the slow progression in actioning all the required jobs.

I’ve personally played a lot of these type of games and have found that there is a rhythm you need to feel in order to really get into them; a lot of repetition, a lot of work and a lot of questioning what on earth you are doing.

Visually, Lumberjack’s Dynasty has a problem with pop-up, but it’s nothing to scream to the gods about. In fact, the world looks fine, but this is far from a new-gen masterpiece, something that – again – you might expect from this type of experience. All the machinery looks accurate though, but I’m certainly not an expert in the field. The character models again are fine, but there are some odd lip-syncing problems. Sound-wise it has some calming jolly music to go with the positive vibes of the game. The less said about the voice acting, the better.

It may come as a shock but Lumberjack’s Dynasty is a pretty good addition to the sim family of games that have arrived on Xbox. It’s good to have so many different things to do in a game, but I’m not sure this ever manages to do any of them brilliantly. There’s a chance that newcomers will get a bit lost in what is required with Lumberjack’s Dynasty, put off by the grind. But stick with things and this is a good relaxing lumberjack experience, that has the added fun of life-sim implementation.

The best thing though? The chance to sing along… “I’m a lumberjack and I’m okay…”.

Lumberjack’s Dynasty is available from the Xbox Store