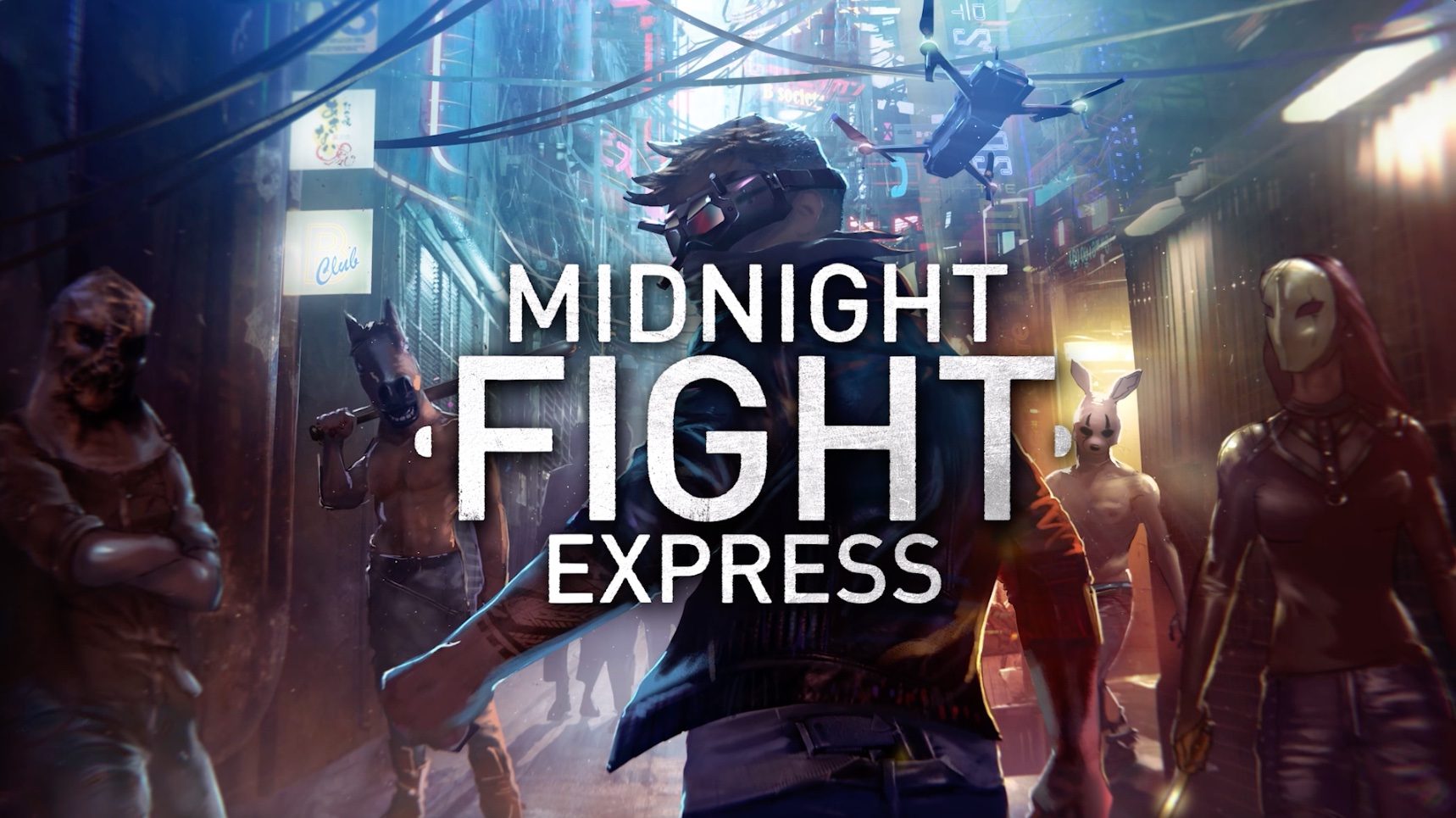 Midnight Fight Express is a high-intensity 3D brawler that brings the player back to the heyday of ‘80s action cinema and gaming. The title is developed mostly by one man, Jacob Dzwinel, and is published by Humble Games for release on PS4 August 23. To help bring the game’s dynamic battles to a new level, Dzwinel enlisted the help of Kratos’s stuntman himself, Eric Jacobus, who brought together an action team at his Las Vegas-based SuperAlloy Interactive studio to design and perform motion capture for the game’s unique combat engine. 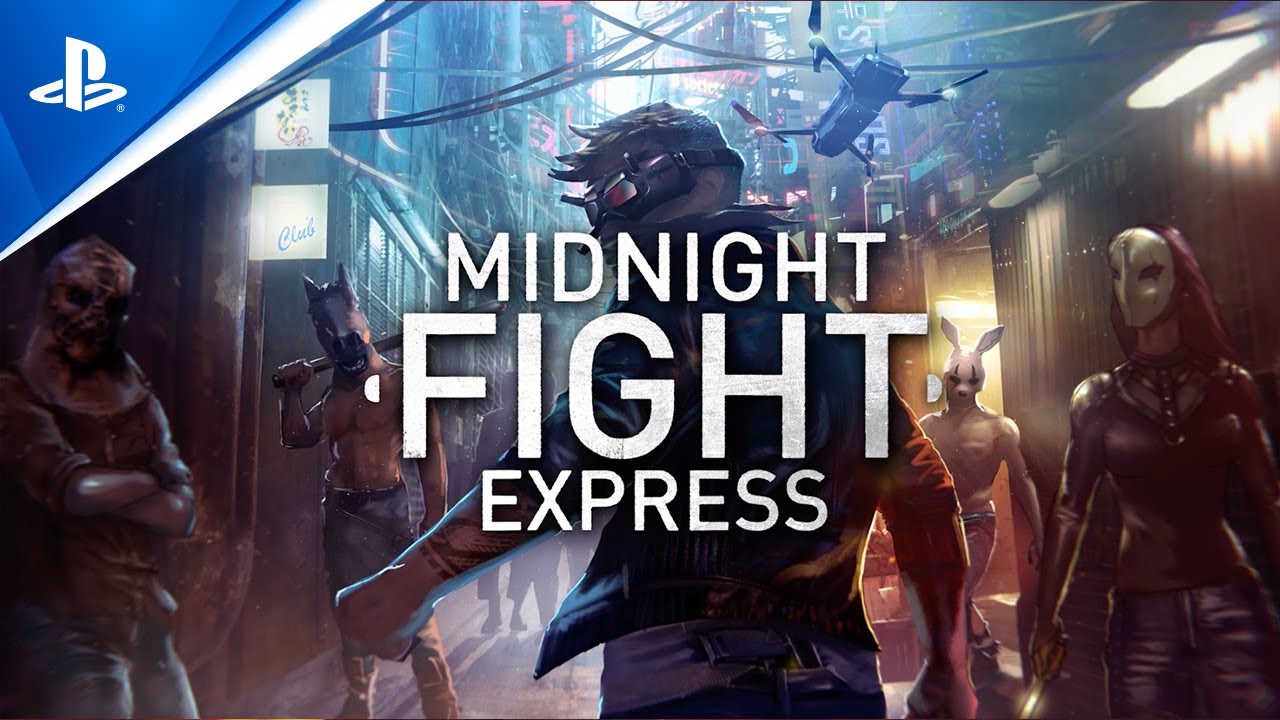 What makes the game different

Dzwinel’s love of ‘80s entertainment inspired him to design combat with exciting counter-attacks, a variety of weapons, brutal (and sometimes funny) finishers, and a unique multi-direction combat system. What makes this game truly unique, though, was how Dzwinel and Jacobus collaborated to bring the action style to life.

A match made in Humble

Long before he came on board MFE, Jacobus had been watching the game’s progress through a series of posts made by Dzwinel showing the core loop of the gameplay engine. Jacobus told his business partner and executive producer Zac Swartout, “We gotta work on this game. Let’s contact this guy.” The problem was, Dzwinel, a lone developer in Poland, seemed to be almost unreachable, so Jacobus gave up the hunt. But then one day, Humble Games contacted Jacobus asking if he’d be interested in doing motion capture on a game they were publishing. When he found out it was Midnight Fight Express, Jacobus jumped at the opportunity.

After an introductory call, Jacobus and Dzwinel decided on a four-day mocap shoot during which the team would pull off a planned 300 shots including combos, parries, finishers, environmental attacks, and enemy moves. When shoot day began, Jacobus and Dzwinel realized there had been a miscommunication: each move had to be performed against an enemy to the north, south, east, and west. There weren’t 300 shots; there were 1,200 shots to be done over the course of 4 days. “No matter,” said Jacobus, who was performing with long-time stunt associate and friend Fernando Jay Huerto. “Jay and I have worked together for decades. We’ll just have to get every shot on the first take.”

Over the course of four days of intense motion capture, the team would narrowly pull off the necessary 300 shots for each day.

Dzwinel organized the combat with loose parameters: hero engages enemy, hero does a finisher, enemy dies. Jacobus and his team were allowed to fill in the rest. Dzwinel Skyped into the shoot via a laptop to ensure that the mocap team stayed within the confines of the combat system. When designing the action, Jacobus knew the tone had to be fun. “The audience has enough super-serious action games and movies. MFE can be the cathartic release they need, not only with physically exciting movements, but also verging on the ludicrous.” Jacobus and Huerto would suggest their ludicrous ideas, and Dzwinel would say whether it was too long, too short, too crazy, or (more often) not crazy enough.

Jacobus and Huerto knew they were hard pressed for time. With a goal of 300 shots per day, this gave them only 1.6 minutes per shot to look at the shotlist, choreograph the movement, confirm the move with Jacob, slate the shot, run mocap, perform the take, and cut. They sped up the creative process by making a system for the cardinal directions: north side involved brawling since it was head-on; west side was Taekwondo, Eric’s first martial art style, since it involved his good kicking side; south side was Muay Thai, which was better for being attacked in a blind shot; and east side was a mix of Hapkido, another style Eric knew, and wrestling, Huerto’s specialty.

After the initial four-day motion capture shoot, Jacobus and team were commissioned to perform 40 more finishers for the game’s pistol and shotgun weapons, this time in a four-hour motion capture shoot, giving them six minutes to complete each shot. Despite a more relaxed schedule, Jacobus devised over 50 finishers in advance to ensure they could complete them all, involving cool pistol tosses, acrobatic disarms, and fancy melee attacks with the shotgun.

Unfortunately, Jacobus soon discovered another unexpected curveball: the MFE engine pins the weapon to the right hand, but all of Jacobus’s finishers involved the weapon leaving the right hand. So once again, Jacobus thought quick on his feet, and he and Jacob rethought all 40 finishers and completed ahead of schedule. The key takeaway? Know the combat engine before you do previs!

Putting it all together

Jacobus believes that games like MFE are signs that there’s a sea of change underway in game development. “In the past, developers didn’t cede much control to the action team. Now we’re integrated into the project like a development house. In fact, our action team was bigger than the entire development team!”

Jacobus notes how Dzwinel laid the foundations for a collaborative experience. “He created a process that allowed us to come up with as many ideas as possible, and the crazier it was, the better. After our main shoots were over, I would secretly capture miscellaneous moves and combos and send them over to Jacob. I never wanted the mocap process to end. If Humble hadn’t asked me to stop, I’d still be mocapping this game today.”