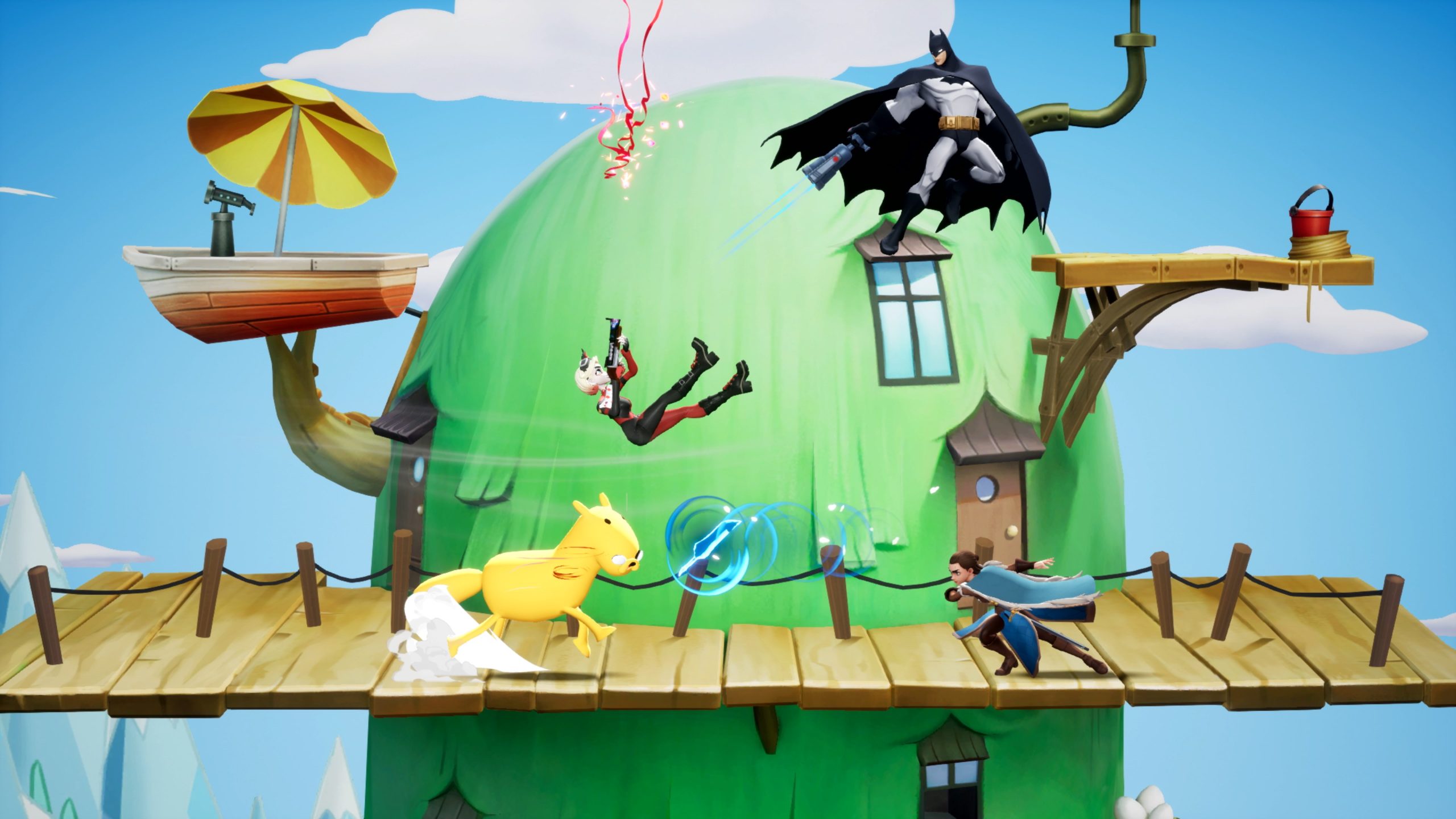 “All in all, my impressions of MultiVersus are quite positive. While time will tell if this game will be able to find an audience, I certainly feel there is a lot of promise here. The hope is that the game will continue to grow, add new characters, stages and modes and incorporate fan feedback. I am certainly optimistic and am rooting for the game. Because a game where Batman and Bugs Bunny team up to fight Shaggy and Arya Stark is on its own just such a cool concept. Fingers crossed the final MultiVersus product sticks the landing.“

This was the note I ended my first preview piece on Multiversus on. However, my journey with the game has not quite ended yet. Thanks to the team at WB Games, I was able to get another hands-on take with a more final version of Multiversus. One many of you can now join me in playing, and join me several have. In a pleasant turn of events, Multiversus has really taken off with the public, and hundreds of thousands (possibly millions) of people have had a chance to go hands-on with the game. So far, the reaction seems pretty good. To paraphrase my friend, “this game is awesome.”

I can’t say I disagree. All of my praises from the prior hands-on, from the voice acting to the combat to the character selection apply here. However, this newest build is appropriately better. The gameplay continues to be a strong suit of the title (maining Arya is still thoroughly enjoyable), the graphics are stylized but look great, the stage variety is good and the genuine commitment to production values above and beyond what was expected (including celebrity voice talent) is still admirable.

I also got to try two new characters in this go-around with the game. The first of them, Lebron James, is delightful just for being in this game alone. There is a goofiness to being able to dribble on the battlefield as him and slam dunk on the opponents. However, in terms of his moveset, I had a little bit of trouble adjusting to him. He is a little tricky to control and I never quite got a feel for him. Lebron is also one of the few instances where his likeness does not return to voice him, but John Eric Bentley does a rock-solid job in the role.

The second of these characters, The Iron Giant, is significantly more my speed. From his heartbreaking costume (Superman forever buddy) to his jaw-breaking moveset, the Iron Giant is without question the riskiest character to add to the game. The movie he hails from has a strong anti-war and anti-violence message, and the whole idea behind him is that he’s ultimately a heroic character who wants to stop harm. How does one translate this to a fighting game? Thankfully, the team at Player First Games did a great job at threading this needle, with most of the Iron Giant’s attacks coming across as accidental instead of an active choice on the character’s part. They also emphasize his commitment to his friends.

All of this plays back into what I believe is the biggest strength about this game: its commitment to the world and its characters. Several games in the similar “party-fighter”/”Smash-Like” genre have the core fundamentals right, but can lose the forest for the trees when it comes to the characters. The reason why Smash, and by extension Multiversus, works so well is not only because they are fundamentally strong games but also because it’s clear the developers love and care for the properties they are handling. There is a kind of magic to seeing all of these characters come together.

Now, technically speaking, Multiversus has not been released in full yet. It is currently in open beta early access. As such, this is not so much a review as it is a second preview or extension of my prior piece on the game. With this in mind, for the final section of this article, I’d like to touch on the future of this game and why I think the best has yet to come.

The roster is already fairly impressive and according to devs, Rick and Morty will be joining the game soon. When you couple this with the success the game has had so far, and the treasure trove of IP WB has used in the past which has yet to be implemented (LotR, Harry Potter, Dune, The Wizard of Oz, Willy Wonka, Godzilla and The Sopranos to name just a few) there are a lot of exciting potential expansions. So far, the monetization has been very fair and Player First has done a great job listening to player feedback. I think there is a lot of great stuff to come, so I do think the future for this title is bright. We will touch base again when the game launches into 1.0, but as is, Multiversus is off to a wicked start.

Many thanks go out to Warner Bros for giving us access to Multiversus in this Open Beta Early Access form. You can grab the game for yourself, for free, playing on Xbox One and Xbox Series X|S by visiting the Xbox Store. It’s also on PS4, PS5 and PC.

Destiny 2 Cheat Maker Remains Defiant Amidst Court Battle With Bungie
Nintendo is offering the chance to try out Splatoon 3 before its release
Throw the Wildest Milkshake Keg Party Today in Two Point Campus
In Memory Of Philip J Reed, Writer And Nintendo Life Contributor
Microsoft Says Sony Will Benefit From Launching First-Party Games on PS Plus